Ole Gunnar Solskjaer piled more pressure on his beleaguered opposite number Maurizio Sarri with a magnificent masterpiece to guide United into the FA Cup quarter finals.
The Reds are now one game away from another Wembley appearance and will face another tricky trip to Molineux in the last eight after a first win at Stamford Bridge since 2012. 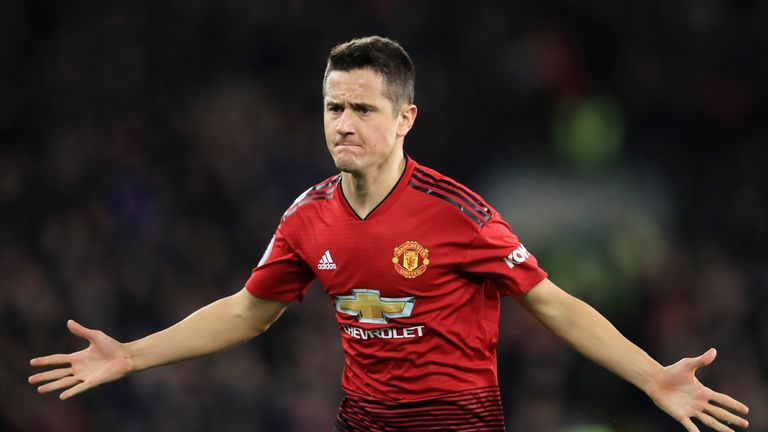 SW6 has been the unhappiest of hunting grounds for United in recent years, having drawn two and lost nine of our last eleven visits to the venue. This time, though, it was Sarri left feeling blue after man of the match Ander Herrera and Paul Pogba headed the visitors into a 2-0 lead at the break. It was a lead that United were never to relinquish.

The hosts huffed and puffed and monopolised possession after the break, but in truth they never looked like scoring in the face as a superbly organised United side stifled and squeezed an increasingly frustrated Chelsea - the holders -  into submission.
Solskjaer had suffered his first serious setback as boss in the wake of defeat to PSG in midweek, and questions were asked regarding how he and the players would respond. Here, it was top class.
Unsurprisingly billed as the tie of the round between two sides that have won 20 FA Cups between them, the tie started at breakneck speed.
Romelu Lukaku's teasing low cross was cleared by David Luiz, who then did well to turn away on the stretch under pressure from Marcus Rashford. The Belgian then had an opportunity himself but volleyed over when well placed.

Chelsea soon came on strong as Luiz stung the palms of Sergio Romero from distance, before Pedro again called the Argentine into action. Romero smothered well to ensure that things remained level.
Given the freedom to do so, Lukaku and Rashford constantly switched sides to keep the Chelsea defenders on their toes - with Eden Hazard and Pedro doing the same for the Blues.

Hazard - so often United's tormentor in chief - flashed a shot wide and loan signing Gonzalo Higuain lobbed wide and then went close soon afterwards with a header.
Pogba had a quiet opening half hour by his own mighty standards but soon made a devastating impact on the tie. He collected the ball wide on the left, befuddled Antonio Rudiger with a series of step overs and whipped in a pinpoint cross onto the head of the onrushing Herrera. The Spaniard barely broke stride as he nodded the ball back across goal, beyond compatriot Kepa and in.

The travelling away support mirrored the team's efforts on the pitch, but - after a couple of half chances came and went for Chelsea - the Reds struck once more.

From a throw-in in our own half, Pogba played Rashford in to space on the right wing, and our no.10 did well to get his head up and deliver an excellent cross for the Frenchman to power home a brilliant diving header.
Luke Shaw tremendously thwarted Hazard when one on one with Romero after the interval, and Chris Smalling and Victor Lindelof also stood strong in the face of Chelsea upping the ante.

It was possession for possession's sake, though, as United managed the game brilliantly to keep Chelsea at arm's length. Romero had nothing of note to do, as we shut down Chelsea magnificently to leave both managers heading in seemingly opposite directions.The hosts showed plenty of perspiration but little inspiration.

The Reds held firm for the remainder of the game and that makes it seven victories away from home in all competitions for the first time since 2002, putting us into the FA Cup quarter-finals for the fifth consecutive season.

Overall team performance: 9/10. Immense. The best performance for many a year
United Faithful Man of the Match: Ander Herrera. Could have given this to anyone, but this man was magnificent. Got the opening goal, stifled and suffocated Chelsea and proved a real nuisance. Again.

A special mention must go to United's 6,000 travelling fans who were once again absolutely magnificent and never stopped singing throughout. Their unstinting support and unequivocal vocal backing continue to do the club proud. The best away support in the country by a distance.
Posted by United Faithful at 15:24