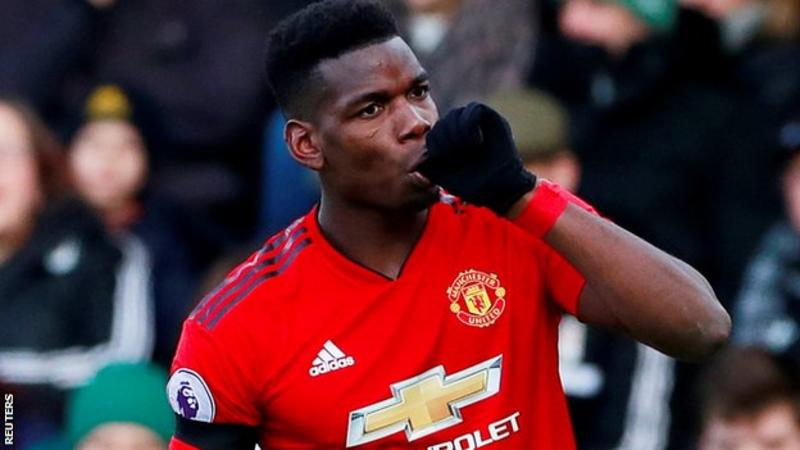 Man Utd moved into the top four as our incredible run continued under Ole with a comfortable win over struggling Fulham.
Solskjaer made six changes to the line up with Tuesday's visit of PSG in mind, but this did not effect United as we inflicted further woe on Claudio Ranieri's men, whilst boosting our own hopes of Champions League qualification.

Anthony Martial was in sensational form, making the first for Paul Pogba and scoring a wonderful second as United secured their 10th victory in 11 games under caretaker manager Solskjaer.
Pogba wrapped up the points in the second half when he stroked home from the penalty spot after Juan Mata was fouled in the area.
Fulham have now conceded a European high of 58 goals this season and seem certain to return to the Championship after only one campaign back in the top flight.
When Jose Mourinho was sacked seven weeks ago,  a top four spot looked a distant pipedream with Chelsea eleven points ahead after the Reds worst ever start to a Premier League season. Solskjaer has made it look easy to bridge that gap and overhaul both Arsenal and Chelsea to within six points of place above Tottenham.

Despite their lowly position deep in the mire at the foot of the table, Fulham started brightly as United were forced to live dangerously early on. Luciano Vietto volleyed wide in the opening five minutes after the impressive Andre Schurrle had picked him out.
After the early storm from the west London side had blown itself out, the Reds began to exert their authority on the contest and moved ahead after 15 minutes. Martial's beautifully weighted pass picked out his compatriot Pogba, who ran on to it and fired a sublime angled finish beyond the stranded Sergio Rico.

United's trademark under Ole has become one of clinical counter attacking football, and that held the key again here. The second goal, unsurprisingly, came from the rejuvenated Martial on 23 minutes.

Reminiscent of a certain Cristiano Ronaldo’s winner at the Cottage in February 2007, the young forward picked up the ball inside his own half from a Phil Jones pass and had the Fulham defenders back pedalling with his driving run. He skipped past Denis Odoi’s challenge, set himself up with the deftest of touches and slotted in beyond the advancing keeper.

Jones (yes, really, Phil Jones), went close to a third when his strike from distance was tipped over by Rico shortly before the break. At the other end, David de Gea was called into action when he denied Calum Chambers.

Chris Smalling and Jones, starting together for the first time in the league since our last outing against Fulham at Old Trafford in December, did well to limit Fulham’s opportunities.
Ex Liverpool winger Ryan Babel could only fire off a post when it looked easier to score, and Aleksandr Mitrovic also went close with a header.

By then, though, United had put the tie beyond any lingering doubt from the spot. Juan Mata went down under a challenge from Maxime Le Marchand as he attempted to wriggle clear.
Paul Tierney pointed to the spot and the referee's namesake duly obliged as he rolled in from 12 yards after his usual spot-kick shenanigans.

Pogba continues to enjoy playing under Solskjaer; the Frenchman has been directly involved in 13 goals in his last nine Premier League appearances, scoring eight and setting up five.
Rico saved well to prevent a fourth from substitute Alexis, but that was to prove the last action of the match as the Reds warmed up for the two legs against the mighty Parisians in buoyant mood.

Posted by United Faithful at 09:50