United leapfrogged Arsenal and moved up to fifth in the league as Marcus Rashford's early goal made it ten games unbeaten for Ole Gunnar Solskjaer.

Ricardo Pereira's poor clearance was straight into the path of Paul Pogba, who lofted the ball towards Rashford, the England striker allowing it to come over his shoulder before taking a neat touch and drilling a low shot past Kasper Schmeichel. It was the in form striker's tenth goal of the season, but United were forced to dig in against an inconsistent Leicester side who carved out their fair share of chances. 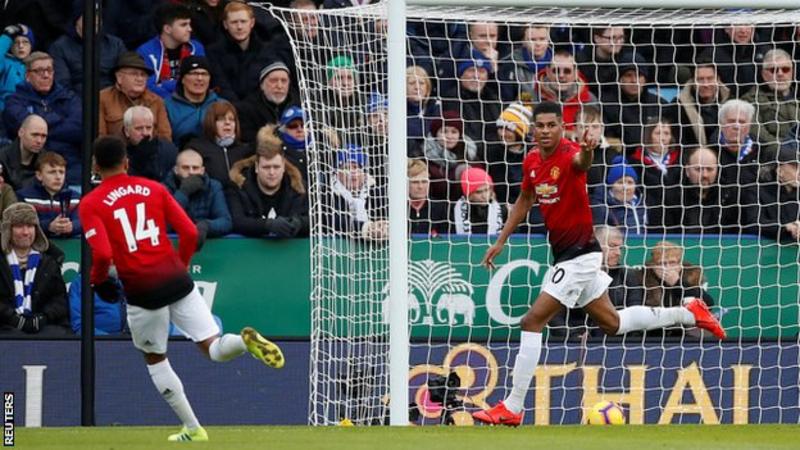 Jamie Vardy connected with a bicycle kick after James Maddison's free-kick bounced off the wall, but fired straight at David de Gea.
De Gea also made a diving one-handed save to prevent substitute Rachid Ghezzal's free-kick from hitting the top corner of his goal.
United dropped their first points under Solskjaer in a 2-2 draw with Burnley on Tuesday, but boosted their hopes of a top-four spot and Champions League football next season with this win at the King Power.

Despite Leicester's modest position in the table heading into the game, the Foxes are notably tricky opposition for the leading sides in the league, having already beaten Chelsea and and champions Manchester City this season, while they picked up an impressive draw against Liverpool at Anfield last time out.
Their new loan signing Youri Tielemans was not included in the matchday squad.

Rashford, on his 100th appearance,
should have done better with a header after Luke Shaw had picked him out superbly early on. He made no mistake with his next opportunity however as Pogba's defence splitting ball found Rashford and he took a touch to rifle in beyond Schmeichel.

Shaw blocked well from Maddison, and Eric Bailly bravely thwarted Demarai Gray as United put their bodies on the line on several occasions in an attempt to repel a dangerous Leicester side.

Rashford tested Schmeichel at the other end, before the Foxes upped the ante in the opening moments of the second half.
Neat interplay helped Maddison into the United area and he lashed a cross dangerously across the six-yard box. Seconds later, Nemanja Matic was caught on the ball at the edge of the area, and Maddison pounced, but this time he fired into the side netting. 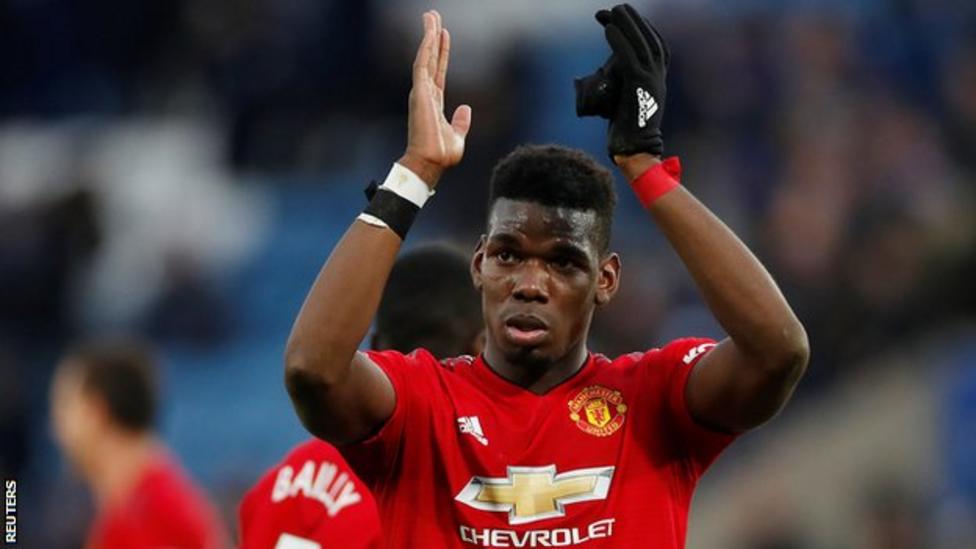 Harvey Barnes flashed a shot across goal before De Gea - who had little to do up until then - was called into action as he pushed away Jamie Vardy's acrobatic effort from a set piece.
Ghezzal's free-kick was then tipped over by DDG, but United also went close on the counter attack through substitute Romelu Lukaku.

The tie had become increasingly stretched as Vardy shot wide after a swift Foxes break, but that proved to be the final action of the contest.
Not a classic, and not the best of United under Ole. That said, its another win and three more valuable and hard earned points away from home.

Posted by United Faithful at 03:10