Ole's at the wheel in three season defining ties 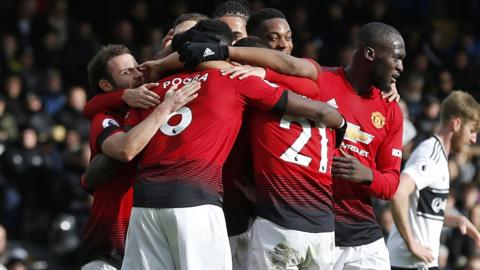 Man Utd have moved into the top four after stringing together ten wins in eleven. But the hard work starts now for Ole Gunnar Solskjaer and the team with three epic tussles in the space of a fortnight. Three games that look nothing short of season defining.

Ole has done a nothing short of miraculous job in his seven weeks at the wheel, taking United into the Champions League places after the bridging of an eleven-point chasm that former manager Jose Mourinho described as impossible.

Speaking of the Champions League... starting with the visit of the mighty PSG to Old Trafford on Tuesday, it's a three-game run that, for the all good work he's done so far, will go a long way to deciding if Ole gets the permanent gig. For that to happen for me, we have to finish in the top four and win a trophy. They are not mutually exclusive and one without the other is not enough. For his part, our caretaker manager realises that.
The Parisian giants continue to cut a swathe through the domestic French football scene, but the cup with the big ears has become the sole obsession and the apple of president Nasser Al-Khelaifi's eye.
Despite their domestic dominance - winning Ligue 1 in five of the last six years - Thomas Tuchel's side are yet to make a serious impact in the Champions League.
For my money, they are favourites to get past United over two legs, but we have a chance and it's certainly not a foregone conclusion. The big of news, of course, is the injury to Brazilian superstar Neymar that has ruled him out of both matches.

That's followed six days later by another visit to United's bogey ground - the least happy hunting ground of them all.
The Reds 'reward' for hurdling the challenge of Arsenal in the last round sees an even more hazardoud trip to the capital in the form of Chelsea - United have not won at Stamford Bridge since 2012. 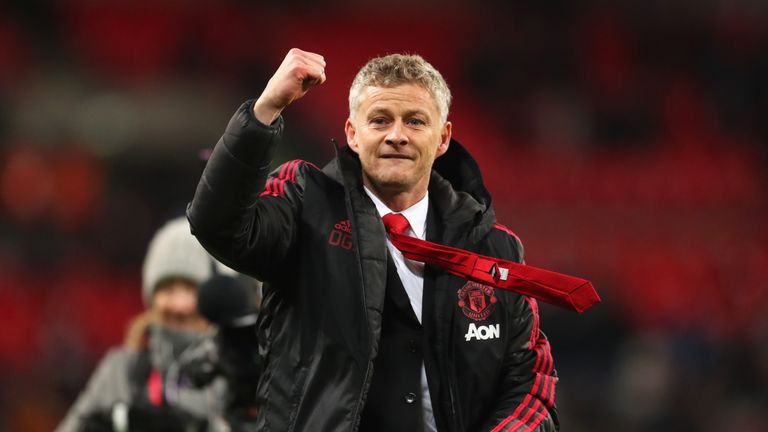 That said, even with the season at its nadir under Jose Mourinho, United were a matter of seconds away from laying that ghost to rest back in October - when Ross Barkley bundled home an equaliser in the sixth additional minute. Chelsea are inconsistent at best and inept at worst so it holds sway that this represents United's best chance of getting a result at the Bridge.
There are only seven top flight teams left as the Cup reaches the fifth round stage in the most open tournament in years. With the memories of last season's final loss still all too fresh, Ole probably has to win silverware to become permanent boss and the FA Cup is our only remaining realistic chance of doing so.

But United's manic month does not finish there. Far from it. United will still have a say in the title race, not by winning it, but by virtue of the fact that we face the two main contenders before the end of March. Liverpool make the trip down the East Lancs road on the 10th March, in a dynamic that couldn't be in starker contrast to the last time we met them.

Defeat at Anfield sounded the death knell for Mourinho on a day that sent Liverpool to the summit. They remain locked in a frenetic fight to the finish with City, but they a poor recent record at Old Trafford and surely won't fancy facing a United side in this rich vein of winning form.

It could be a bittersweet day - the chance to put a possibly irreparable dent in the Scousers title hopes - but simultaneusly aiding the cause of the bluenoses from across the city. Weird times indeed.

Whatever happens, games of this magnitude are the ones you live for and, where before there was only fear and trepidation, now there's genuine excitement and optimism.
Ole's at the wheel!

Posted by United Faithful at 05:47