Just about everything that could've gone wrong in the first half against Liverpool did go wrong. For all the brilliant work Ole Gunnar Solskjaer has done to revive a season going nowhere, fate has dealt its fickle hand in the two biggest games of his tenure so far. 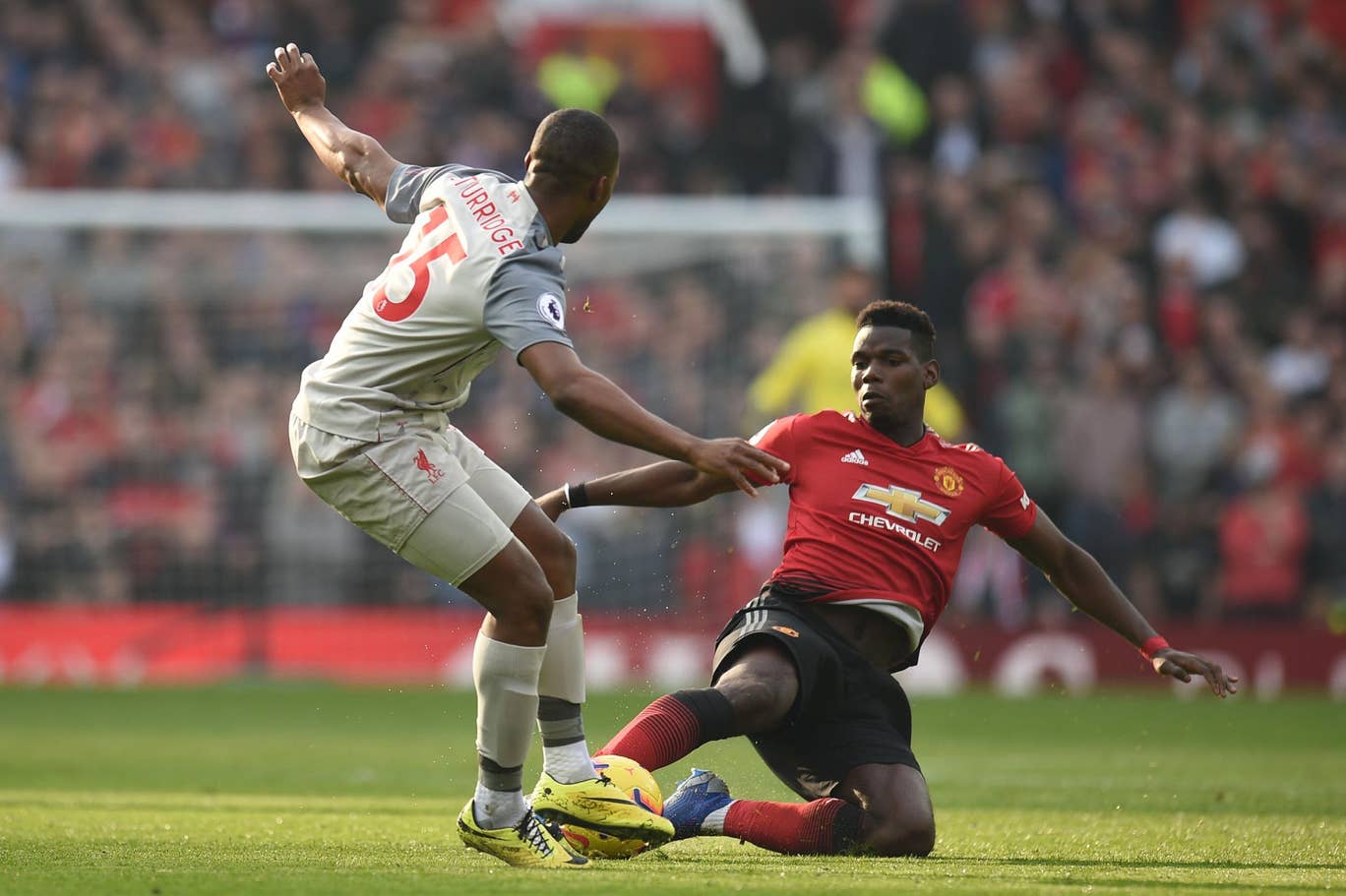 The complexion of the tie against Paris Saint Germain changed completely when Jesse Lingard and Anthony Martial had to go off by half-time. United had been competing well until then, but the double injury blow allowed the French giants to seize a controlling tiller that they never relinquished.
Then, as Jurgen Klopp's table topping Scousers arrived in M16, things only unravelled further with Solskjaer forced into three substitutions inside 20 first half minutes. Ander Herrera was first to limp off with a suspected hamstring injury, replaced by rhyming colleague Andreas Pereira.

Moments later, Juan Mata went down clutching his thigh and was also forced off, to be replaced by the returning Jesse Lingard.
Lingard, on his return from injury, lasted less than 20 minutes - suffering a recurrence of that hamstring problem which forced him off in the Champions League 12 days ago - and was replaced by Alexis Sanchez.
To add insult to injury - quite literally - United were already without Nemanja Matic and finished the half with Paul Pogba the only recognised midfield regular.
Marcus Rashford was also limping throughout the game after a challenge from Jordan Henderson in the opening exchanges. With the Reds having already made their three changes, Rashford had to play on one leg and effectively reduced United to ten men.

Liverpool also suffered an early injury blow, with Roberto Firmino, who pulled up after rolling his ankle while passing the ball, being replaced by Daniel Sturridge after the half-hour mark. It was the first time in Premier League history that there had been four substitutions in the first half of a game, I simply have never seen anything like it.
The chaos leaves United with six injured first team men, with a difficult trip to in-form Crystal Palace to come on Wednesday. We'll be down to the bare bones and don't have the depth or quality to compensate.

Rashford is unlikely to be fit for the visit to Selhurst Park, but it is hoped that Anthony Martial will return from a groin problem. Lingard, Herrera and Mata will all undergo tests on their respective hamstring injuries, with Matic expected to be out for up to three weeks.

Solskjaer is facing up to the prospect of being without his entire first-choice midfield and two thirds of his attack as United attempt to overturn a 2-0 deficit in their Champions League round of 16 tie with PSG next week.

Solskjaer said: "I've never seen the like of this before, three hamstrings in the first-half.
“Rashy obviously was kicked, he did his ankle straight away, we should have taken him off as well.
“But we’ve got some good kids coming through, so we’ll have 11 players on the pitch on Wednesday night. And luckily we’ve got two days’ recovery.”
Posted by United Faithful at 04:53