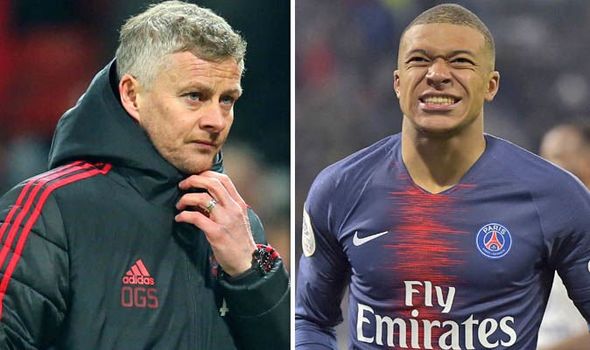 In Man Utd's 197th competitive continental fixture, we face first time opponents in the shape of the mighty PSG. The Parisian giants - jam packed with class and quality - make their first ever trip to Old Trafford as Ole Gunnar Solskjaer pits his wits against Thomas Tuchel and co. in the last 16 on Tuesday. We may have never played PSG before, but they are a top class side known and revered throughout Europe.
As heavyweights from two of the world's greatest cities go head to head, here's everything you need to know about the men from the Parc des Princes.

Paris Saint-Germain was founded in 1970, following the fusion of Stade Saint-Germain (created in 1904) and Paris FC, although the latter withdrew from the arrangement in 1972.


Two years later, PSG were promoted to the top flight, where they have stayed ever since – making them the longest-lasting Ligue 1 side.
After winning their first major trophies in the ‘80s, Paris came to prominence when they were bought by French broadcaster Canal+ in 1991. It was the start of a period in which they won the 1996 European Cup Winners’ Cup, becoming the second French club to win a continental title, and the last one to date.
Despite still being in their relative infancy with a short history, this club is an illustrious one. Not quite as illustrious as us, of course, but they reached new heights (and ambitions) in 2011. That year marked the takeover of Qatar Investment Authority (QIA).
Barely two years later, Paris were crowned French champions for the first time since 1994. And since 2014, they have been enjoying an almost total domination over the French trophies, winning every edition of the League Cup, four of five French Cups and five out of six Ligue 1 titles.
However, PSG are yet to fulfill their potential in the Champions League: they reached the quarter-finals four years in a row between 2013 and 2016, then bowed out in the last 16 during the last two campaigns, respectively against Barcelona (following a surprise ‘remontada’ or comeback, losing 6-1 after winning the first leg 4-0) and Real Madrid.


Famous past players: David Ginola, Youri Djorkaeff, George Weah, Nicolas Anelka, Ronaldinho, Pauleta, Claude Makelele, Blaise Matuidi, Mamadou Sakho, Zlatan Ibrahimović, David Beckham.
Since taking charge last summer (replacing the Arsenal bound Unai Emery), Tuchel has tried numerous tactics, both at the back and up front – where he has plenty of talent competing for spots. Typically, Presnel Kimpembe and Thiago Silva are the two centre-backs, shielded by Marquinhos, but the young Brazilian drops back when Paris are out of possession to make a five-man-strong defence.

Further up the pitch, the manager’s main idea was to give as much freedom as possible to Neymar. Initially a left winger with a free-roaming card, he was often used as a playmaker, freeing the wing for Angel Di Maria or Julian Draxler. The opposite wing is occupied by 20-year-old Kylian Mbappe, while  Edinson Cavani is the target man.
Without long-term absentee Neymar, Tuchel has reverted to a 4-4-2 formation, with a midfield populated by Di Maria on the left and Alves on the right; an option designed to occupy the width during build-up, and strengthening the flanks when they drop back.
Marco Verratti was also out in the past weeks, nursing a sprained ankle, but the diminutive Italian resumed training on Monday (along with fullback Layvin Kurzawa). Tuchel welcomed his return, as he didn’t have any genuine holding midfielder, since Adrien Rabiot is sanctioned by the club (for refusing to sign a new contract, with his current deal due to expire this summer) and new recruit Leandro Paredes just arrived and still settling in.

PSG had a rocky start to 2019: eliminated from the French League Cup by Guingamp (who sit bottom of Ligue 1, with only three victories to their name), and losing both Neymar and Verratti to injury. They then suffered their first league loss of this campaign, against Olympique Lyonnais.


Yet this terrific team should not be underestimated. They have won all five of their other matches in 2019, scoring a terrifying 22 goals while conceding just one in the process. They are top of Ligue 1, 10 points clear of their closest rival (with two games in hand).

They’ve only lost three matches this season in all competitions, including a last-minute 3-2 defeat at Anfield in September (before winning the reverse fixture 2-1 at the Parc des Princes). In fact, when the last-16 draw was made, this was their only loss of the season, and back then United was struggling, which prompted most French media to call it a great opportunity and flagging PSG as the clear favourites.

Of course, the tables have turned since and the general mood in France is that this will be a tough fixture for Tuchel's team.
While he’s only 20, Mbappe needs almost no introduction. After a few successful years in Monaco – where he turned professional a few months after Anthony Martial left to join United – the young forward enjoyed a good 2017/18 season in Paris, which earned him a regular spot in the France team. The rest is history: he then lifted the World Cup trophy, notably scoring a brace against Argentina in the last 16 and adding a goal in the final against Croatia, barely six minutes after Paul Pogba had made it 3-1.
His incredible pace and deadly finishing have already allowed him to contribute 36 goals this season in 29 matches (26 goals, 10 assists), including four in 13 minutes against Lyon in their 5-0 humbling back in October, plus a hat-trick in the 9-0 thrashing of Guingamp in their January Ligue 1 meeting.
Mbappe’s speed of achievement on the pitch is matched by his list of honours: elected in the Best XI of the Under-19s Euros in 2016, he was named Best Young Ligue 1 Player the following year and Best Young Player of the 2018 World Cup.

Posted by United Faithful at 12:36