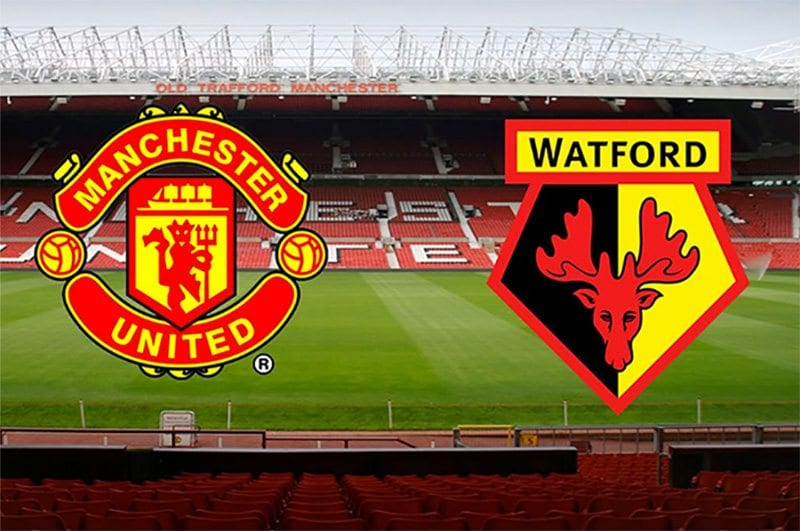 Solskjaer was named as Jose Mourinho's long-term successor on Thursday after 14 wins in 18 games during a fruitful three-month spell as interim manager. The clamour to appoint the Norwegian had only grown despite a blip of back-to-back losses before the international break, and the United board duly obliged with a three year deal.
Having been given the keys to the Old Trafford kingdom and with his future resolved, Solskjaer will now continue to maintain the push for Champions League qualification.
At two years Solskjaer's senior, Ole's opposite number Javi Gracia has done an excellent job in Hertfordshire since his appointment 14 months ago. His in-form Hornets sit eighth in the Premier League and look set to seal a top half finish for the first time. With an FA Cup last four tie against Wolves - who sit a place and a point above Watford - to come at Wembley next weekend, Gracia's men are on an undoubted upward trajectory.


Marcus Rashford, Luke Shaw, Nemanja Matic, Romelu Lukaku and Nemanja Matic all missed international duty and Jesse Lingard was also absent from England's double success. There has been no update from the club on the status of the walking wounded with pre-match talk dominated by the news of Ole's appointment. Alexis Sanchez (knee) is definitely out, but Ashley Young is available again after suspension. Antonio Valencia is back is contention although unlikely to feature whilst Eric Bailly could return having played for Ivory Coast.
Gracia has a fully fit squad to pick from, with the exception of former Reds midfielder Tom Cleverley, who will miss out with a calf problem. Andre Gray has recovered from a knock, but depsite the clean bill of health Gracia could rest several key men with one eye on next Sunday's Cup tie with Wolves. With Fulham to visit Vicarage Road in midweek, this is the first of three games in a busy week for the in-form and high flying Hornets.

The last meeting came back in September, when we held on to a 2-1 win, despite Nemanja Matic’s sending-off late in the game. Goals from Romelu Lukaku and Chris Smalling proved too much for Gracia’s men, and cancelled out Andre Gray's strike in the second half. United have lost only once to Watford since the inception of the Premier League, during the 2016/17 season.

In his first presser since becoming United's permanent boss, Solskjaer said: "This has been my ultimate dream, all the time, maybe a naive dream but I've always had that ambition in my mind.
"I'm honoured and privileged to be given the opportunity to lead this fantastic family of a football club long term. It is the start of something new, and wonderful to be able to have the chance to take us forward.
"Now the hard work starts, it's enjoyable but we know there is a lot of work still to do. I'm just going to be myself as I have always been - I know the expectations, the history and the traditions of the club. Of course I want us to be successful and to lift trophies but I can't wait to get started on the challenge of improving this fantastic group of players."