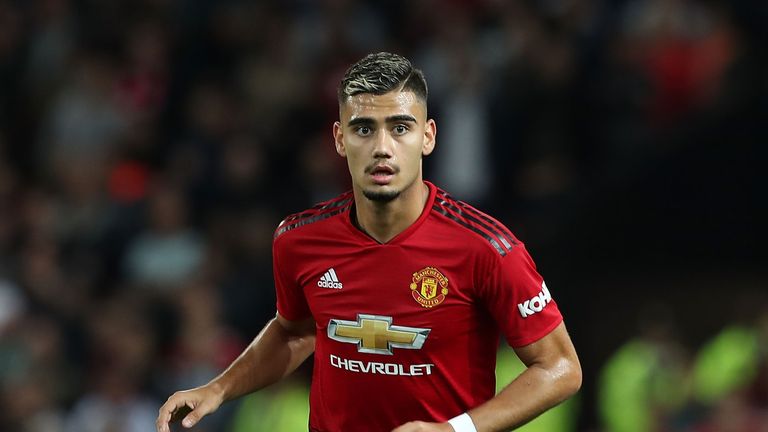 Romelu Lukaku popped up with a potentially pivotal and priceless winner as United won a superbly see-sawing contest two minutes from the end. In a five goal thriller at Old Trafford, United fell behind, went ahead, got pegged back again before we finally prevailed,
Ralph Hassenhuttl's brave but ultimately beaten Saints belied their lowly league position with an impressive display of resilience, determination and flashes of quality in their quest for a third Old Trafford victory in five seasons.

Yan Valery - the latest in a long production line of homegrown Saints talent - opened his account in style and that was to be an advantage that the south coast side held until the break. Back came United through Andreas Pereira and Romelu Lukaku, only for the in-form James Ward - Prowse to make it 2-2.
But just when it looked as though United were set to drop points for the second weekend in a row at home, the Reds refused to lie down as the much-maligned Lukaku spun and slammed in the winner and Old Trafford erupted. Paul Pogba could have put the result beyond doubt even later, but United were made to sweat right to the end after his spot-kick was saved by Angus Gunn.

The result takes United back above Arsenal, who we play in a totemic-looking tussle in north London next week, and into fourth place. Not only that, but we're also somehow hot on the heels of a faltering Tottenham side, now only three points behind Mauricio Pochettino's out of form team.
All this seemed merely a pipe dream upon Solskjaer's appointment back in December amidst a season that was going nowhere.

From the outset, it had looked as though this would be one of those that we occasionally encounter against supposedly inferior opponents. Gunn saved well from Lukaku inside five minutes, then tipped over Pereira's dangerous cross-shot. Within minutes, Gunn continued to earn his corn as he blocked bravely to keep out Lukaku from point blank range.

Southampton rallied quickly after the early intense pressure and had an appeal for a penalty turned down by referee Stuart Attwell after an untidy tangle between Chris Smalling and Ryan Bertrand. Following United’s lively start, the Reds went somewhat flat but, completely out of the blue, found ourselves a goal behind

Southampton swept the ball from left to right and full-back Valery stormed forward to receive the ball 30 yards out. It takes some doing to beat David De Gea from there but the 20-year-old French-Tunisian surprised everybody with an explosive thunderbolt that shot past the helpless Spaniard.
United were struggling to get any rhythm back but Luke Shaw almost undid his former club with an inviting cross that both Marcus Rashford and Lukaku contrived to miss completely in the penalty area. The Belgian then failed to make full contact with an enticing Pereira delivery.

The Reds recent injury crisis continued when Alexis Sanchez - anonymous again - was forced off six minutes after the restart. Step forward Andreas. The Academy graduate turned the game on its head with a strike that will surely sit right up there as a Goal of the Month contender. He thumped in a curling piledriver and then, with Saints resolve broken, fed Lukaku who turned and drilled in the second six minutes later to put us 2-1 ahead.

This was a game increasingly holding its own internal Goal of the Season competition but, unfortunately, it was Southampton's turn next. Ashley Young was penalised for a foul, perhaps harshly, and, from 30 yards out, Ward-Prowse thundered in a screamer of a set-piece beyond De Gea to make it 2-2.

It took the sting completely out of United’s second-half comeback and it was now Southampton’s turn to take up the threat in a match that was swinging violently from one side to the other as the teams slugged it out for victory.

But the attacking mode was then grabbed back by the Reds as Old Trafford overflowed with excitement again. Substitute Fred managed to slip a ball to Lukaku and the hitman rolled round defender Jan Bednarek and fired the ball low past Gunn for the third. He took his shirt off in celebration but you can be sure he'll happily take the booking.
Pogba had the chance to end any chance of a nail-biting finale when he was handed the opportunity of a fourth goal from the spot after Rashfird was brought down by Stuart Armstrong inside the box, deep into injury time.

However, the Frenchman’s penalty was saved by early hero Gunn who had the final say by kicking out a leg to divert it to safety, but not the winning one as United triumphed in a see-saw entertaining bout to go fourth in the table.

Posted by United Faithful at 10:55