This was a night in which Manchester United made the Impossible dream possible again as Ole Gunnar Solskjaer's heroic young team became the stuff of Old Trafford legend. 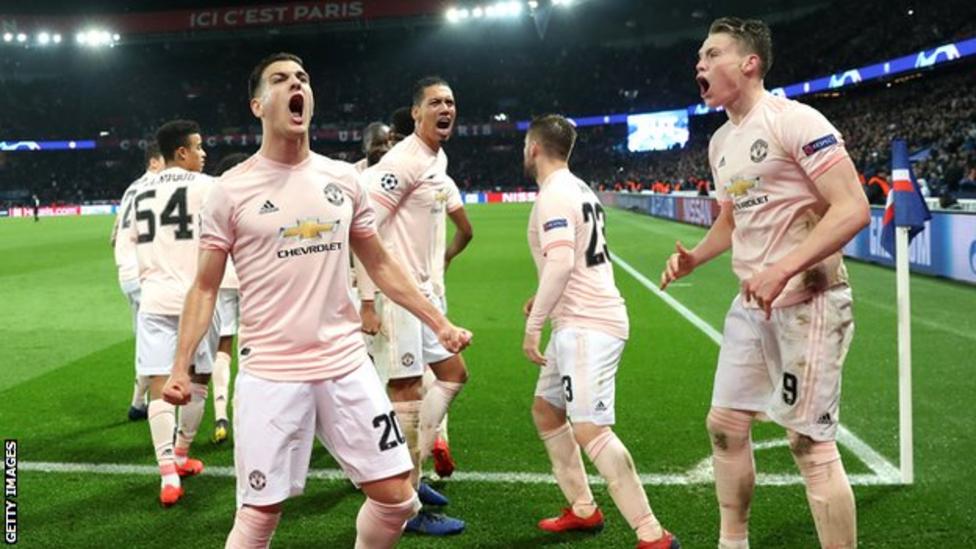 Heading to Paris 0-2 behind and seemingly down and out, it seemed a case of damage limitation rather than any genuine belief that we could manage a task akin to climbing Everest in slippers and without oxygen.
Solskjaer's supporting cast become the first side ever to lose by two goals in the home leg and yet still make it through. Make no mistake about it, this is up there as one of the best results ever in our club's proud and illustrious history given everything that had gone before.

With Paul Pogba suspended and an injury list as long as your arm, United went to the daunting surroundings of the Parc des Princes with effectively a reserve side against a club widely regarded as among the favourites to go all the way. A team with £400m spent on it, and one that even without Neymar and Edinson Cavani, are star-studded, strongly fancied and genuine heavyweights - United were underdogs and had been written off.
Yet this was 100 extraordinary minutes that defied all logic as the unthinkable - Mission Impossible - only went and happened.The moral of the story: never, ever, count Manchester United out.

A night in which Scott McTominay - for whom the jury remains very much out - came of age before our eyes. Tasked with keeping tabs on Marco Verratti and Marquinhos who were so impressive in the first leg, the young Scot was courageous, full of energy and stood strong. He visibly grew as a Man Utd player as other more established names wilted. Fred turned in the most impressive performance of his fledgling Old Trafford career so far -  he played at a good tempo, looked good on the ball, tackled well and pressed effectively.  On a big night for many of United’s fringe players, the Reds £52m Brazilian stepped up. Chris Smalling and Victor Lindelof were again imperious at the heart of the defence as they shackled Kylian Mbappe superbly and forced the hottest prospect in the game to the fringes. Andreas Pereira did his job, and from David de Gea to Romelu Lukaku, United - to a man - were absolutely immense. Every player had the match of his life - we were brave, put a shift in, dug deep and refused to be cowed in the face of adversity. Defensively magnificent, organised to a T and clinical when the chances came. Say what you like about the late penalty - given with the intervention of VAR - but fortune favours the brave.

As for Marcus Rashford, what else can we say about this young man? Rashford had threatened intermittently in the match but, with United in need of one more goal, step forward the Academy graduate. Of course he took a pressure penalty unerringly in the World Cup shootout with Colombia for England, but here that pressure racheted up tenfold. His first ever Man Utd spot-kick, it was arguably the biggest and most pivotal moment of Rashford's United career so far. This is only his third full season as a fully-fledged Red but there was never any doubt in his mind as he faced what seemed like an eternity before pitting his wits against one of the greatest goalkeepers of all time. It was a death or glory moment, a moment that will now forever be remembered as the crowning glory on one of THE great European nights.

To step up with the weight of 659 million people on your shoulders, still only at the tender age of 21, with the chance to write yourself into Old Trafford folklore, tells you everything you need to know. Had he missed, it could have changed the course of his career. Smashing the spot-kick high beyond the helpless Gigi Buffon, United completed the turnaround and did what no one thought possible, all thanks to the intervention of one of our own. If that doesn't epitomise what this club is all about, then I don't know what does.

If we had lost, I don’t think I would ever have felt more pride in United in defeat. Ole threw on Tahith Chong and also Mason Greenwood, handing the 17-year-old a debut on the biggest stage. This was Manchester United; this is everything we want to see from the club we love.

Ole's at the wheel!
Posted by United Faithful at 02:43
Labels: features, opinion