Why Jadon Sancho is the perfect fit for Man Utd 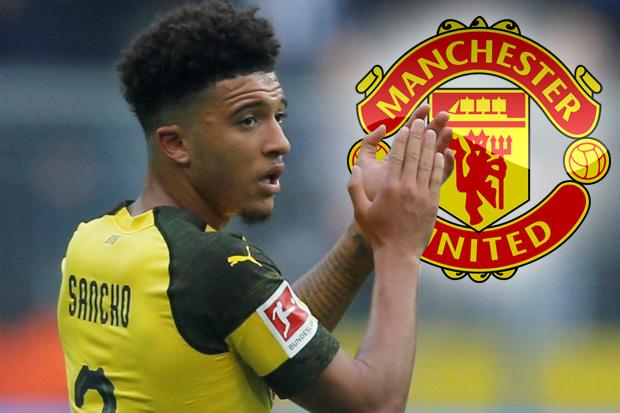 The Beatles honed their stagecraft and global hits on the streets and stages of Hamburg where Kevin Keegan and his infamous perm would later grace the pitch. Now, there is a new English invasion with some of the country's unpolished diamonds optings for the Bundesliga as the stage on which to best ply their fledgling trade.

The German top flight's burgeoning reputation as a breeding ground for the brightest  young talents in the European game has been well documented. But up until this season, it has largely been an ethos of promoting from within - with Borussia Dortmund's soon-to-be Chelsea man Christian Pulisic the notable exception to the rule.

It is not just the occupant of the Dortmund left flank who has attracted admiring glances, flirtatious advances and fluttering eyelids from the bright lights, the glitz and the glamour of the Premier League. There's a kid on the other side who's meant to be half decent too. The name's Sancho, Jadon Sancho.
Sancho has become the apple of United's eye amid reports of an eye-popping £70m bid for the talented teenage tyro.

Sancho has won plenty of plaudits at Dortmund and, having already won three England caps at the tender age of 18, ticks all the boxes for Manchester United (ignoring the obvious link with a certain team from across the city, that is).
Sancho never made a senior appearances for City, and left in 2017 to follow in the footsteps of contemporaries Ademola Lookman, Reece Oxford and former Tottenham man Keanan Bennetts by swapping Blighty for Bratwurst. His search for first team football soon began to bear fruit and 2018-19 has been a breakthrough season.

United have made an unwanted habit of paying over the odds for players that have merely gone on to become expensive flops. Poor recruitment and going for the big name over a player we actually need has become the epitome of Ed Woodward's transfer raison d'etre. But Sancho is different. Granted he would not come cheap, Dortmund would not want to part with a player who has become their star asset and City have a buy back option.
But he is a player who ticks all the boxes and not merely just another Angel Di Maria or Radamel Falcao-esque Galactico.
Ten years on, the Reds have still failed to replaced Cristiano Ronaldo, and we've been crying out for a right-winger to fill that CR-7 shaped void ever since. It's criminal that such a pivotal position has been so chronically undermanned for all this time.
The Gareth Bale ship has long since sailed, and United's plans for Ivan Perisic have come and gone. United's pursuit of a right winger is no secret, and has been as protracted as it has proved pointless. Jose Mourinho had a penchant for the short-term fix with boths of those players undeniably talented if ageing thirty somethings.
Thoughts of signing someone like Sancho under Mourinho would have been nothing more than a pipdream.
But young meister Jadon is a Manchester United player in all but name. Young, English (that always helps) and a winger blessed with a bundle of pace, energy and attacking flair, Sancho seems the perfect answer to the problem that United have struggled with for so long.
Throw in the fact that's he already won more trophies in his two years abroad that Liverpool have in the last decade, and it seems as though Old Trafford is Sancho's true calling. Exactly the sort of player we need and exactly the kind of precocious talent who has the tremendous, world class potential to make the Manchester United right flank his own.
Whether that be under  the tutelage of Ole Gunnar Solskjaer or not.
But would he join? A return to England would be hard to resist and he's said to be open to a return to these shores. There's a debate that he's better off staying in Germany and staying somewhat under the radar.
But Manchester United is a happy place to play once more and when the biggest club in the world come knocking at your door, can you really refuse to open it?

Manchester United is perfect for Jadon Sancho, and he for us.
Posted by United Faithful at 11:18