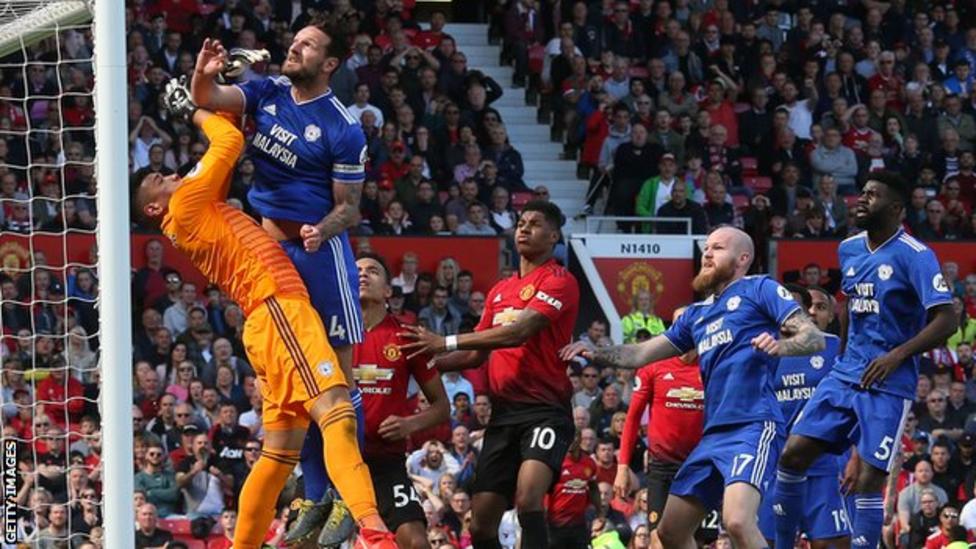 Nathaniel Mendez - Laing scored twice as relegated Cardiff won at Old Trafford and ended Man Utd's inglorious season in ignomonioua fashion. The winger scored either side of half-time to ensure Neil Warnock's side returned to the second tier off the back off a memorable last day win.

Ole Gunnar Solskjaer looked to have turned our fortunes around as we went 12 games unbeaten after his arrival. But the side picked up two points from the last 15 to finish in sixth place and face a make or break summer of open heart surgery. 17-year-old Mason Greenwood, on his debut Premier League start, was the only bright spot for United as the teenager looked impressive throughout and was unlucky not to score.
The Reds fielded six Academy graduates and saw Antonio Valencia make his farewell appearance after a decade of loyal service to the club with a 15-minute cameo. The players stayed behind to embark on a "lap of honour" in front a sparsely populated Old Trafford at the end of a miserable campaign.

Cardiff travelled to Old Trafford just a week after confirmation of their relegation to the Championship and looked set to bid farewell to the top flight with a whimper as United dominated the opening exchanges.
But it was United who finished the match with their tails between their legs, unable to defy a resolute Bluebirds defence as they rained chance after chance on Neil Etheridge's goal.
Greenwood hit a post, Jesse Lingard was denied by the keeper and Andreas Pereira flashed a shot wide as the Bluebirds had to weather an early United surge.

Greenwood twice went close with headers, but Cardiff took a 23rd minute lead when Mendez - Laing was adjudged to have been felled by Diogo Dalot.  TV replays showed that the striker had swiped and missed his shot and started to fall before the Portuguese full back made contact. Arguments from the Reds camp came to nothing and Mendez-Laing stroked the spot-kick down the middle to make it 1-0.
David de Gea saved superbly from Josh Murphy shortly before half-time, when Anthony Martial came on for Phil Jones and Scott McTominay dropped to centre-half.

United soon fell further behind through a goal that was embarrasingly easy. A simple move down United's non existent left side saw Murphy waltz into space and cut the ball back for Mendez - Laing, who sidefooted in from close range.

Rashford had a header saved and Martial also went close but the Reds struggled to make inroads against an archetypal well-drilled, organised and resilient Cardiff side.  It almost got worse as Bobby Reid stole in behind the defence but lashed his shot wide.

Old Trafford was willing Greenwood to score and at least offer a crumb of comfort, but he was unable to convert Rashford's low cross on 87 minutes. Angel Gomes, another star in the making, also enjoyed an eye catching cameo as he was brought on with Valencia on 74 minutes.

This was an instantly forgettable denoument to a troubled season as we end with six defeats in nine ahead of a summer of reflection and rebuilding before 2019-20.

Overall team performance: 3/10
United Faithful Man of the Match: Mason Greenwood. The only bright spot on a dark last day of the season.