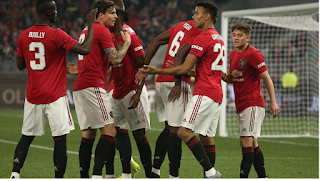 United turned on the style in our second pre-season tie Down Under to put old foes Leeds United to the sword with a 4-0 drubbing.

Mason Greenwood scored his first goal at senior level, fellow Academy graduate Marcus Rashford added the second before unlikely scorer Phil Jones and Anthony Martial completed the rout against Marcelo Bielsa's men.
Although this was only a benign pre-season friendly on the other side of the world, the first meeting between these two historic footballing Uniteds since 2011 was witnessed by 55,274 fans inside the Optus Stadium.

Energy and intensity were again features of the performance from Ole Gunnar Solskjaer's United. Some of the attacking football, particularly on the counter, was really pleasing on the eye.

Once again, the boss handed out valuable playing time to 23 members of his squad and he also started new signings Aaron Wan-Bissaka and Daniel James together for the first time. Axel Tuanzebe was the only unused substitute, while the ill David De Gea and injured Lee Grant, Luke Shaw and Romelu Lukaku were all ruled out ahead of kick-off.

After Rashford had fired off a post early on, United took the lead four minutes later. Aaron Wan - Bissaka latched on to Paul Pogba's perfectly weighted through ball and in turn picked out Greenwood. The 17-year-old has been widely tipped for stardom and definitely looked sharp to slot in his first senior goal with aplomb.

The Reds kept up the early pressure and Pogba was in the thick of it, bending a 25 yard free-kick just wide of the post before stinging the palms of Leeds goalkeeper Kiko Casilla with a rasping drive moments later. The engimatic Frenchman looked hungry and busy in the heart of the Reds engine room.
The Championship side then went close twice in quick succession as Jack Harrison flashed a shot wide and Patrick Bamford was denied by Sergio Romero from close range.

Leeds were made to pay for those missed opportunities on 27 minutes, when a sweeping Reds move culminated in Rashford's smart finish beyond Casilla after Scott McTominay had played him in.

The Reds' pace was proving to be effective on the break and a third goal almost arrived on 44 minutes, via the right foot of new signing Daniel James. He burst forward up the flank and saw his low shot bounce off the post in the last meaningful moment of first-half action.


Just like he did against Perth Glory, Solskjaer made 11 substitutions at the start of the second half and that fresh side began with the same intentions as the men they replaced – to attack and score. After seeing a shot from range tipped over the bar, Andreas Pereira earned an assist from the resulting corner when his in-swinging cross was powerfully headed home by the much malinged Jones.
Angel Gomes was playing in the no.10 position, just behind striker Martial, and the diminutive Academy graduate showed several glimpses of his natural talent on the ball, most notably having cut inside from the right and dragging a left-footed shot just wide.
The fourth goal arrived with 21 minutes to play when impressive substitute Tahith Chong was scythed down by Liam Cooper and Martial duly did the rest from the spot.

Solskjaer’s United have now confidently earned two successive wins during Tour 2019 and proudly, all six of the squad’s goals so far have either been scored or set up by an Academy graduate, including the spot-kick earned by Chong and converted by Martial.

The squad is set to fly from Australia to Singapore on Thursday afternoon for the second leg of this hard-working pre-season tour.
Serie A giants Internazionale await on Saturday, in a match that will provide a more detailed assessment of the progress that is being made by Ole and his staff.
First half United: Romero, Wan-Bissaka, Bailly, Lindelof, Rojo, McTominay, Pogba, Greenwood, Mata, James, Rashford.
Second-half United: J. Pereira, Dalot, Smalling, Jones, Young (C), Matic (Garner 78), A.Pereira, Chong, Gomes, Lingard, Martial.

Posted by United Faithful at 08:29 No comments:

February 25, 2018. Crystal Palace are preparing for a Premier League game at home to Spurs. They have more players on the treatment table than they have available for selection and a crisis in defence.
Right-backs Joel Ward and Martin Kelly are both out. Reds loanee Timothy Fosu-Mensah is needed in central defence because so many other players are injured. Eagles manager Roy Hodgson hands a professional debut to a player few in the ground had even heard of: an English 20-year-old of Congolose heritage by the name of Aaron Wan-Bissaka. 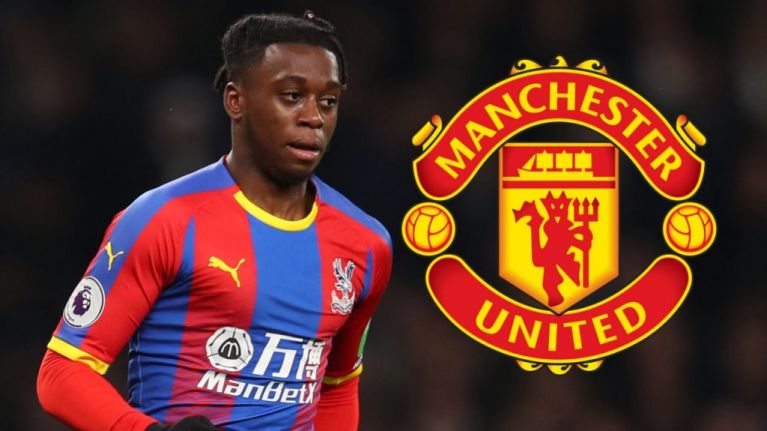 Fast forward a year, and Wan-Bissaka is now among the most sought-after young players in English football. He has the kind of vital statistics that make football’s data analysts drool, and the Croydon boy has burst on to the scene with a stunning breakthrough season in south London, his first full campaign at the top level. ‘Rapid rise’ hardly begins to cover it. Leading the way for tackles, take ons and interceptions, Wan – Bissaka, statistically at least, is the real deal.
The saying goes that you don’t know what you’ve got until it’s gone. Eight years on from the retirement of the last Manchester United full-back worthy of the name in Gary Neville, and following the signing of Wan - Bissaka, the Reds finally look set to once again possess a full-back that doesn’t make cover us our eyes in horror.
From the reckless Rafael, the consigned to oblivion Matteo Darmian via the never-quite-good-enough winger turned full-backs Antonio Valencia and Ashley Young, the United right-back berth has gone from a beautifully maintained, well trodden footpath of Neville and co. to a polluted and abandoned wasteland in recent years.

Consigned to the history books are the days of craned necks as Young’s umpteenth cross ends up ten rows back in the Stretford End, and the howls of derision as another corner trundles tamely into the shins of the nearest opposition defender. Gone for good is United’s penchant for the makeshift, the make do and mend that has epitomised our fall from grace. No disrespect to Messrs Valencia and Young – both loyal and long-serving – but both have become synonymous with United’s dated mentality.

Wan-Bissaka may be, in my view, £20m overpriced after one season at this level but, still only 21, he is both our present and our future. The second summer signing in Ole Gunnar Solskjaer’s new, fresh transfer policy of recruiting the cream of young British talent, Wan – Bissaka is well equipped to serve United for more than a decade. When you look at it like that, and consider the fact that his fee probably reflects the current going rate for any decent full-back, then 50 million doesn’t look so steep after all. If Juan Bissaka is worth that much, then what’s the demand for two Wan-Bissaka’s (sorry, see what I did there?).

Worlds apart from the moribund mob that masqueraded as their predecessors, the prospect of Wan-Bissaka in tandem with Diogo Dalot (one year AWB’s junior), is enough to have United fans excited again. Regarded as two of the best young attacking full-backs on the continent, the pair – together with Player of the Year Luke Shaw – will ensure that United’s full-back positions are in rude health again. There is lots to admire about Solskjaer’s Old Trafford ideology, now we just need to crack on with getting a midfielder and a centre back or two.
Posted by United Faithful at 02:24 No comments: