United to host the Seagulls in opening gambit 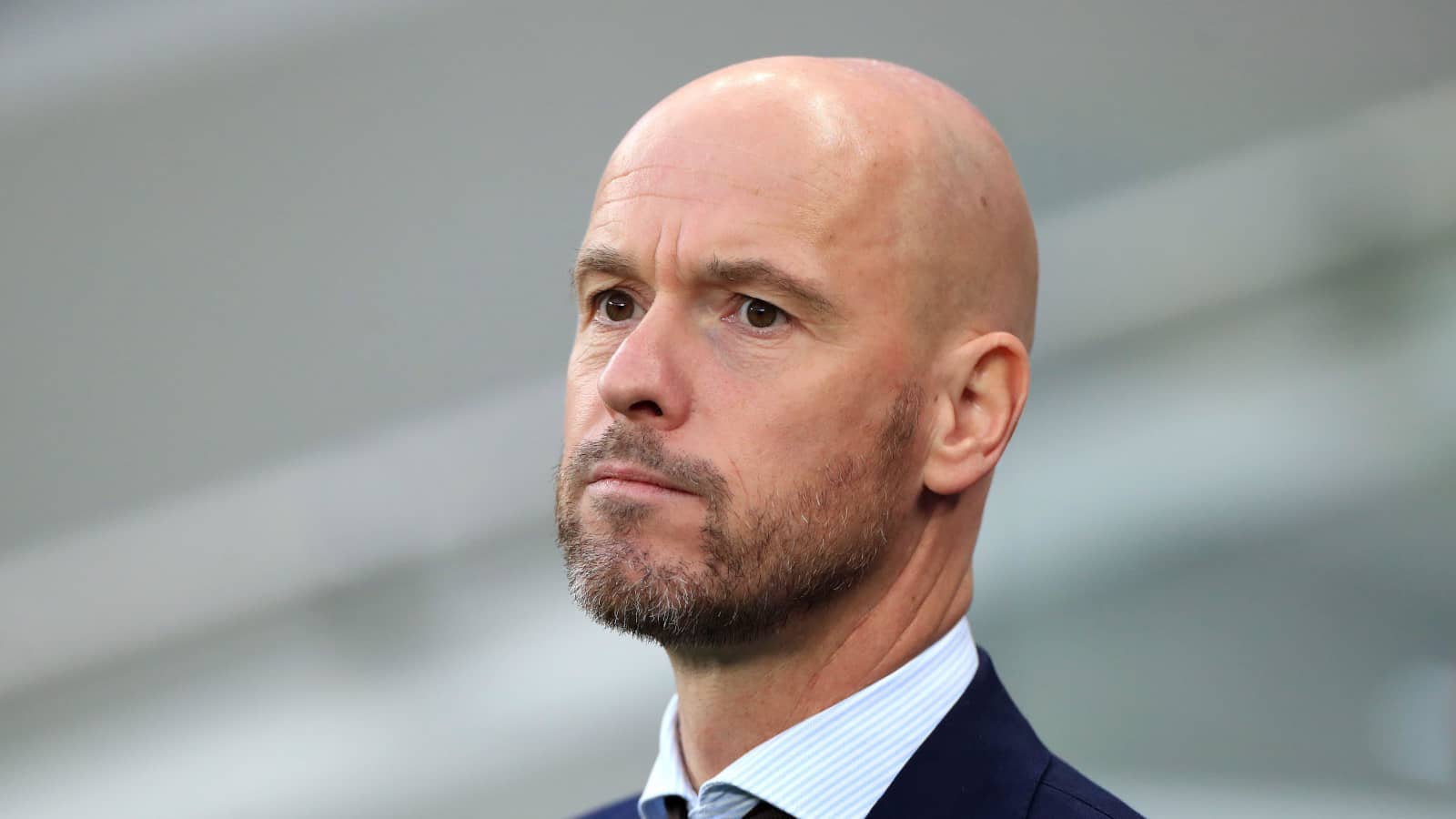 Erik ten Hag's first competitive fixture in charge of Manchester United will see Brighton&Hove Albion visit Old Trafford on the opening weekend of 2022-23.
92 days on from the nadir of a dreadful, unwanted record-busting campaign and that 4-0 capitulation at The Amex brings the start of the ambitious Dutchman's debut in English football.

We don't yet know what state the squad will be in, but we will - by then - at least have a rough idea of how EtH intends to set United up and how he wants us to play.
United have a good record against the Seagulls in M16, having never lost to the south coast side on home turf and with a 100% Old Trafford record over them since Brighton's promotion to the Premier League in 2017.

We won the corresponding fixture last term by a 2-0 scoreline in a delayed February tie, thanks to goals from Portuguese duo Cristiano Ronaldo and Bruno Fernandes. But the memory of that woeful evisceration in the penultimate match of the season just gone will linger long in the subconscious.

Graham Potter's side finished ninth last term for their highest ever league finish and visit United on the Sunday afternoon, 7 August, with a 2pm kick off in a televised encounter.
It represents a sixth successive home opener for the Reds, with our last start on the road coming way back at the start of the Jose Mourinho era, a 3-1 win at AFC Bournemouth in 2016.

The opening weekend of the season is earlier than usual due to the winter World Cup in Qatar, with no fixtures between 12/13 November and Boxing Day - a six week hiatus for the tournament at a time of year when the league would normally be in full swing.

It means the eagerly anticipated festive feast of football will continue as tradition dictates, with newly-promoted Nottingham Forest the visitors on 26 December and then the always-tricky trip to Wolves on New Year's Eve. Steve Cooper's Forest side face the Reds for the first time in 23 years with our last meeting the famous 8-1 win in the treble season when a certain Ole Gunnar Solskjaer came on as a substitute and scored four.

There are no games between those two dates and the Premier League season will end slightly later than usual, too, on 28 May 2023.

Brentford, fresh from an eye-catching debut campaign in the Premier League, provide ten Hag's first opponents on the road.

The biggest game on the calendar arrives early this time around with Liverpool the visitors to Old Trafford in Gameweek Three (20 August), then Arsenal to start September after away trips to Southampton and Leicester City.

That precedes a nasty, brutal October in which we travel to champions Manchester City and Thomas Tuchel's dangerous Chelsea. Antonio Conte's big-spending Tottenham, a talented West Ham side and Eddie Howe's impressively rejuvenated Newcastle will also be in the Old Trafford crosshairs during a month which has a make or break look about it.

There are only two fixtures in November, both away from home at Aston Villa and perennial yo-yo club Fulham, before the players are released for the World Cup.

The second cross-town derby of the season comes early in the new year when Pep Guardiola's pre-eminent City come to Old Trafford in a battle of the Premier League's two folically challenged bosses.In stark contrast to our aforementioned impressive record against Brighton at Old Trafford, we have lost on three of our five league visits to the Seagulls Amex Stadium home. This time, we go there with ten games to go as the run-in hots up (18 March), a fortnight after our trip to Anfield, sandwiched by the visit of another south coast club - Southampton - on the 11th.

Two of the three promoted sides, in Scott Parker's Bournemouth and his former club Fulham, provide the denouement to 2022-23 as we play at the Vitality Stadium on 20 May and then welcome the Cottagers a week later.

Posted by United Faithful at 03:38 No comments: Erik ten Hag has wasted no time at all in putting his stamp on the Manchester United squad ahead of the 2022-23 season.
The Dutchman has started his work at United with the announcement of the departures of three Reds - Paul Pogba, Jesse Lingard and Juan Mata. The trio are all out of contract at the end of June and the club will not offer new deals which means they will all leave for nothing.

Nemanja Matic, Lee Grant and Edinson Cavani are also expected to step through the doors of Carrington for the last time, bringing the number of departures to six with more to maybe follow. Dean Henderson, Phil Jones, Eric Bailly, Anthony Martial and Aaron Wan - Bissaka are among those with uncertain futures and at the mercy of their new boss.

It has been clear for some time major surgery was needed at Old Trafford to cleanse of the toxicity that's engulfed the club. A big clear out was needed and no one can accuse United of failing to act. With chief executive Richard Arnold's imprint on the club coming to the fore - and with director of football John Murtough now in charge of a new-look negotiating team - this is a massive summer of change in M16.

For all the platitudes in United's grandiose farewells, the brutal brunt of the matter is United twice paid money for the World Cup winning Pogba - as a kid to get him from Le Havre and then again, this time for a world record £89 from Juventus - and he has twice left for nothing. But at no time has he ever consistently delivered. There have been flashes, tantalising glimpses of Pogba at his best: notably his two-goal contribution to the famous climb-off-the-canvas comeback at City in 2018, and his four assists against Leeds on the opening day of last season.

It was all too fleeting and compared to the impact of Kevin de Bruyne at City and even the far less heralded Fabinho at Liverpool, Pogba's influence was only occasional. Nothing like you'd expect from a player of his price tag and stature.

United should have built a team around him but instead looked as though they never knew how to use him. Even his colourful and personable off-field antics became a problem.

He very publicly fell out with Jose Mourinho, who stripped him of the captaincy, and failed to repay the faith shown in him by Mourinho's successor Ole Gunnar Solskjaer.
Pogba remains a draw and will attract a number of suitors but, in many ways, will be remembered as the epitome of United's confused and muddled thinking and profligacy which has left us so far adrift of City and Liverpool.

On a busy day at Old Trafford, the club announced Lingard will leave having risen through the ranks to play 232 times with 35 goals, two of which came in cup finals. Having returned from a successful loan spell at West Ham, Lingard only started twice upon in 2021-22 after two decades as a Red. West Ham have already expressed an interested in re-signing the player, this time for good. Two of Lingard's best moments at the club came on the biggest stage with his finest hour in the 2016 FA Cup final when his extra-time screamer took United to Wembley glory against Palace. He also netted in the following season's Community Shield win over Leicester and again in the EFL Cup final victory against Southampton.

Mata arrived at United for a then club-record fee of £37m as the talismanic figurehead of the post Sir-Alex Ferguson era. One of the finest no.10s of the modern era, United somehow never quite seemed to get the best out of the diminutive playmaker, with Mata often shoehorned into a role out on the wing - a position simply not conducive to his considerable, and at times magical, talent. Widely considered the nicest man in the game and hugely popular wherever he plays, Mata has still more than made his mark on the Reds recent history.
Mata's best season at the club was his first full campaign in a series of scintillating showings under new manager Louis van Gaal in 2014-15. The best one came on enemy territory on a day known simply as 'Juanfield' when his spectacular brace against Liverpool - the second a stunning match winning scissor kick (later voted our Goal of the Season) - earned him instant cult hero status at Old Trafford.

He would go on to score in an FA Cup final and added a Community Shield, the EFL Cup and the Europa League to his personal CV under his former Chelsea boss Mourinho. Mata's influence gradually started to decline but he remained a popular squad player with his peers speaking highly of his professionalism and positivity.

In truth, Mata no longer possesses the energy levels required for the top level and probably should have been moved on a few seasons ago. That takes nothing away from the unstinting and selfless service he has given to the club but there is no place for sentiment in football.

We would like to wish every player leaving United all the very best for the future.

Posted by United Faithful at 06:54 No comments: