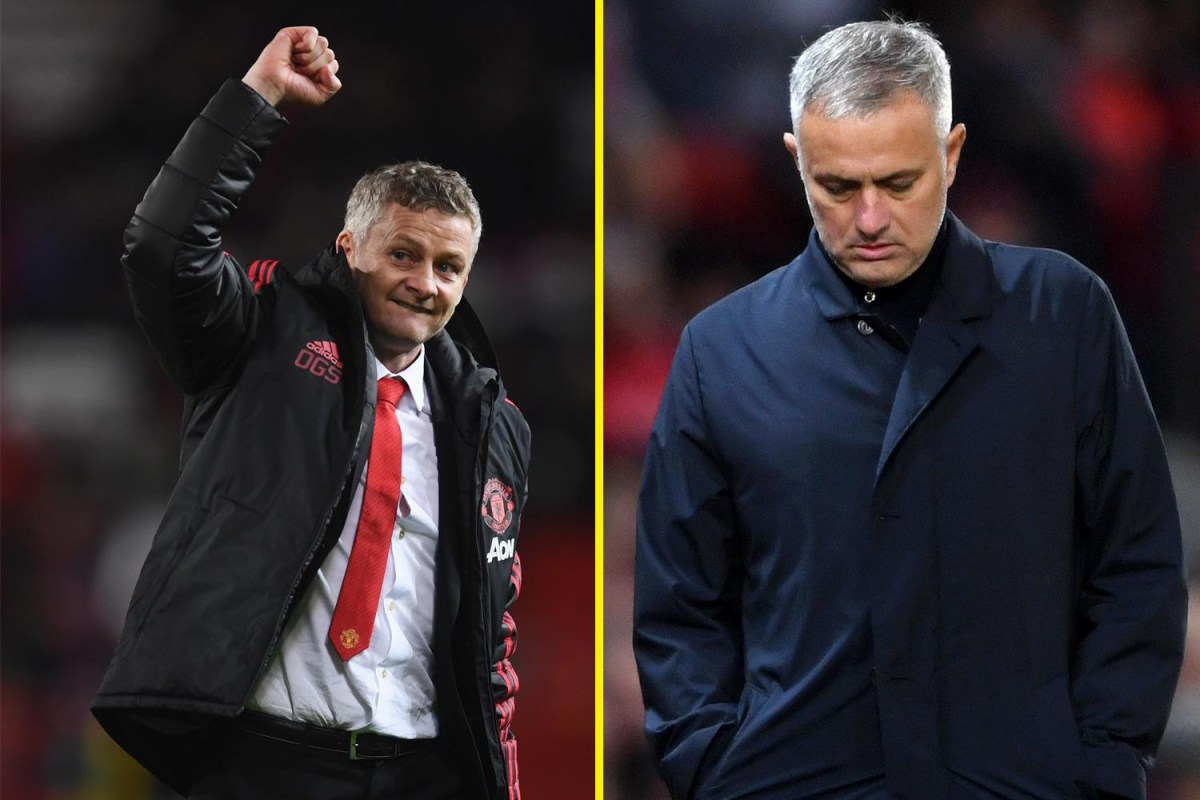 There's no prizes for guessing who the spotlight will be on as Manchester United welcome Tottenham and a familiar face to Old Trafford.
At the most pivotal point of Ole Gunnar Solskjaer's United tenure, the last thing he needs is a game against one of the top six sides in red-hot form. Especially when they're managed by a certain Jose Mourinho.
Very few of us saw the sacking of Mauricio Pochettino coming, fewer still the appointment of the Special One as his replacement. It's clear now that Spurs had been flirting with Mourinho for some time, and by a strange twist of fate, he quickly goes head to head with his successor. To add to the irony, the man who was dismissed to pave the way for Jose's arrival - Pochettino - has long been touted as a United manager in waiting. It really is a funny old game.

Mourinho's appointment has certainly had the desired effect on a Spurs squad that had gone stale. He's won three out of three so far, with wins over West Ham and Bournemouth in the league sandwiched by European success against Olympiakos. Those results have not come in a manner you would normally associate with a Mourinho team, however, with a free-flowing Tottenham scoring goals for fun but a porous defence - they've conceded six goals in those three games - leaving Mourinho with food for thought. It will be fascinating to see how he sets up for this one - will he revert to his pragmatic raison d'etre by constraining things or will he try and outgun a shaky United side there for the taking?

Despite United's struggles and failure to beat two newly promoted sides Sheffield (3-3) and Villa (2-2), this is, in many ways, the perfect game for Solskjaer's United. We tend to perform better in the big games and are at our best when pressure and expectation is at a minimum with backs jammed firmly against the wall.
Paul Pogba remains sidelined with the ankle injury that has kept him out for two months but Ole is hopeful that fellow midfield man Scott McTominay will be fit in time. McSauce's absence has been sorely felt in recent weeks but he is the most likely of the two to feature here.  Nemanja Matic's fitness will be assessed, but Eric Bailly, Diogo Dalot and Timothy Fosu - Mensah are all still sidelined.
The United boss could be tempted to revert to a back three with Axel Tuanzebe coming in to try to tighten a defence that has looked leaky in recent weeks.
For in-form Spurs, captain and keeper Hugo Lloris (elbow) is out until the New Year so Paulo Gazzaniga will continue to deputise between the sticks. Erik Lamela (thigh) and Ben Davies (ankle) are both ruled out.

United manager Solskjaer on his predecessor and the team's form: "Jose Mourinho will get a very good reception; that's a testament to the club, the supporters of this club. Of course they remember the time he was here, he won trophies. I've had 50 games since then and the club isn't where it should have been and isn't where we want to be, and we know we have to improve."

United vs Spurs is live from Old Trafford on Amazon Prime streaming service with commentary on Five Live with a 7.30pm kick off.