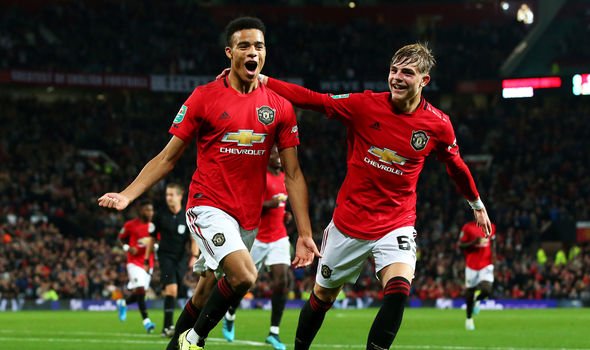 United's 2-0 defeat at basement boys Watford was as damning as it was predictable. An error strewn performance condemned Ole Gunnar Solskjaer's side to a fifth defeat of the season - each one against sides languishing in the lower echelons of the table.

Crystal Palace, West Ham, Newcastle, Bournemouth and Watford. It might sound like a list of destinations for a cheap budget holiday, but is in fact the ever lengthening list of lesser lights that United have fallen pray to so far. It's not hard to see where the problems lie. Three of our last six losses in the league have come against sides starting the round of fixtures in the bottom three. It was not hard to see this coming, and indeed many of my fellow Reds predicted a struggle at Vicarage Road.

On the face of it, our latest loss came from two individual errors, from players that Ole Gunnar Solskjaer can usually regard as his biggest assets. David de Gea is a wonderful shot stopper but you can only blame the first goal on him. He inexplicably failed to hold Ismaila Sarr's tame, mishit effort and then Aaron Wan - Bissaka missed his first tackle all season. The resultant penalty allowed Watford a two goal lead that they were never to relinquish.

United have picked up 14 points from a possible 18 against the superior, "top six" sides, title winning form. In contrast, we've taken the same number of points from 13 games against the rest. As welcome as those recent wins over Jose Mourinho's Spurs and Pep Guardiola's City were, they've counted for nothing now and always came with a caveat.  We know we can beat those sides - that's never been an issue for this United side. We're unbeaten against the sides above us but have beaten only two (Norwich and Brighton) of the eleven sides that sit below us.
Indeed, the Reds have won five out of six league games in which we've had less than half of the ball, drawing the other one. In stark contrast, we have won only one of the dozen ties in which we've had more possession. Statistics can be distorted but this one is telling. Robin Hood FC. Taking from the rich to give to the poor.

There is no future in this type of football. Burnley and Newcastle, as an example and co-incidentally United's next two opponents, might be able to tick along and nick points when they allow the opponent to have more of the ball. But you have to find a way to win without the ball as well as you do with it.
For example, Liverpool - runaway leaders and champions elect - have won a staggering 93% of their matches in which they have had the majority of possession - only United's death-by-counter-attack coming up trumps against Jurgen Klopp's side.
Leicester's ratio is 77%, with Manchester City and Chelsea - teams that have struggled to contain the counter-attack - still boast superior numbers with 65 and 56% respectively.

United? Eight - EIGHT %. Only Norwich have been unable to avoid defeat to Ole's United - deny United space in behind, sit deep and set up a low block, and you're dandy. We're clueless when we have to break teams down. We don't have a clue what to do.

Quality is an issue but the lack of it becomes more apparent when there's a massed posse of players between United and the opposition goal.
What's the solution? On the evidence of his brief but impressive cameo at Watford, Paul Pogba's return will help. He was United's man of the match in his 26 minutes as he carved open the Hornets at will and linked up with Martial to good effect. The game may have been gone, but Pogba was quality. Say what you like, but he gives us a new dimension and offers the team something no one else can or does.

Scott McTominay is a fine player, he has been magnificent this season as a future United captain in the making but he's a grafter. His role is to give a platform and his running helps to press the opponents, particularly in the bigger, high profile games. But he can't pick a pass like Pogba does. He and Fred are destroyers and spoilers, not creators.
Jesse Lingard, Juan Mata and Andreas Pereira are United's number tens but none of them are good enough. There is no one else capable of providing the service from midfield that we need.

The nagging doubts and questions that Pogba wants out refuse to go away. So to the suggestion that United would be better off without him and that we need players who want to stay for the long term as we rebuild.

Perhaps that's true, maybe it's mere fallacy, but without him - or someone similar- the evidence is growing that Solskjaer's United are doomed to fail.
Posted by United Faithful at 08:17
Labels: features, opinion