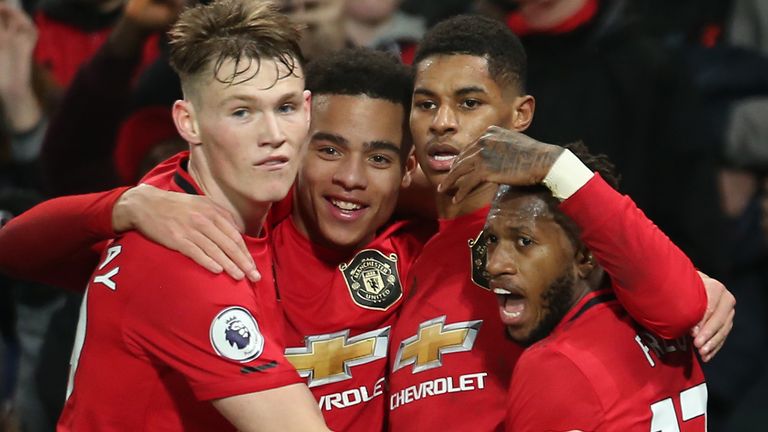 Ole Gunnar Solskjaer makes his first visit to Turf Moor as United manager a mere 48 hours after the Boxing Day win over Newcastle.
Solskjaer was not in charge for last term's 2-0 victory over our east Lancashire neighbours in September, coming three months before predecessor Jose Mourinho was sacked. Romelu Lukaku scored twice and Marcus Rashford was sent off.

The Reds make the 36-mile trip for an unusual Saturday kick off time of 7.45, off the back of a miserable defeat to Watford but impressive victory over Steve Bruce's Magpies. The fixtures come thick and fast at this time of year so Solskjaer is likely to make changes to keep players fresh with a New Year's Day tie at Arsenal looming on the horizon. The United boss admitted his side, whilst showing signs of progress, are further behind in the development than he had hoped for at this stage.

In our last game of 2019 and of the 2010s as a decade, it is impossible to predict what type of United side we are going to see. As erratic as we are electric, nothing has epitomised our season quite like the last two results. Two wins, a draw and a defeat in our last four games has only highlighted our consistent inconsistency. Despite that, United are somehow still in the fight for fourth, sitting only four points off a Champions League place and hunting down a Chelsea side as equally as up and down as us. When we are up and at em, we are as good as any side in Europe on our day. Yet we struggle to beat the likes of Watford, West Ham, Rochdale and dare I say it, Burnley on a bad day.

When that's the case, the last side you want to face is Sean Dyche's Clarets. A classic old school exponent of the low block 4-4-2, the Clarets - to their immense credit - have become an established Premier League force. United have a good record at Turf Moor having won there on every occasion since the hosts returned to the top table. Perversely, Burnley are unbeaten at Old Trafford across the same timeframe having pilfered three successive points on our turf (0-0 and 2-2, twice). We haven't lost to the east Lancashire side since our first ever Premier League meeting in 2009, when Robbie Blake sealed a famous 1-0 win for Owen Coyle's team.

A trip to Turf Moor under the lights in the middle of a frantic festive fixture schedule will be another huge test for Solskjaer's inconsistent Reds.
Scott McTominay is set to miss out having picked up a suspected knee injury in the win over Newcastle. McSauce was taken off at half time and was replaced by Paul Pogba. The Frenchman - having stepped off the bench in the last two games - could come in for his first start since September.
Diogo Dalot, Marcos Rojo and long term absentees Eric Bailly and Timothy Fosu - Mensah are all still sidelined but Daniel James could be brought back in having sat out the Boxing Day bonanza.

The decision on whether to go with James or stick with the in-form Mason Greenwood is Solskjaer's main selection dilemma for this one.
Dyche has a fully fit squad to choose from, with forward Ashley Barnes to return to the team for the visit of United having been rested in their defeat at Everton.

On preparing for two games in three days, Solskjaer said: "I don't think its fair to be expected to perform at your top level, mentally and physically, 48 hours after you have played.
"But I think we are in the best position to recover for Saturday. We managed to get the game over with by half time against Newcastle and we have young players in a young team with plenty of energy.
"We have an average age of 23 so that makes things easier and gives us an advantage over Burnley I think."

Prediction: Turf Moor is never an easy place to go and United struggle to break down sides who sit deep and put eleven men behind the ball. We think the first of three very difficult away ties for United will end all square. 1-1.
Posted by United Faithful at 02:21
Labels: match previews, previews