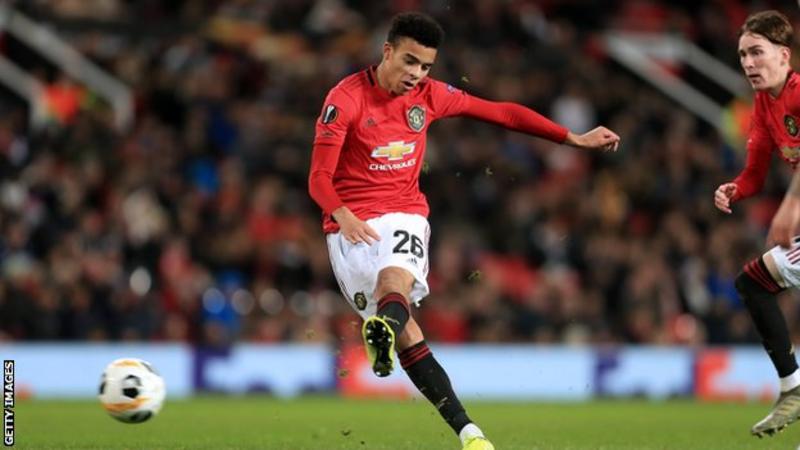 Manchester United hit four in eleven minutes to brush aside our Dutch opposition and secure a seeding in the knockout stage of the Europa League.
The Reds were already through but needed a point to confirm our status as group winners and avoid some of the other big hitters in the last 32.
After a mundane first half, Ole Gunnar Solskjaer's side turned on the style and burst into life on 53 minutes when Ashley Young drove home a Juan Mata cross for his second goal of 2019.  It was United's third successive victory in the space of eight days and capped one of the best weeks that Solskjaer has had as manager.

But - on a night when the UK decided its future - United's already seems to be in good hands. Mason Greenwood has been touted as a world class talent in the making and more than lived up to that billing here. The 18-year-old stole the headlines as he thumped home an excellent finish and then completed the scoring with a fine finish reminiscent of Robin van Persie in his pomp. It was the first time Greenwood has scored twice in a game and despite his tender years, he has leapt to the top of our European goalscoring charts.

Only Marcus Rashford has scored more in all competitions for the club this season. There's no doubt we're watching the emergence of a star coming of age before our eyes.
Andreas Pereira and Mata both fired wide from distance in a first half when chances at either end proved to be at a premium. Calvin Stengs tested Sergio Romero in the United goal and Dani de Wit narrowly failed to turn home a Jonas Svensson cross in a lively ten minute spell from the visitors.

The intermittent threat of Anthony Martial flashed a shot over the bar after Greenwood had teed him up but then, eight minutes after the restart, the Reds found the breakthrough. Out of nothing, the deadlock was broken when Pereira found Mata with a brilliant piece of skill. On election day, he managed to get his cross into the box for the onrushing Young, whom in turn drilled the ball beyond the stranded Marco Bizot.
What a goal can do for confidence. Minutes later, James Garner collected the ball 20 yards out and it fell to Greenwood who smashed home a first time effort before Bizot could even move.
Another five minutes further on, 2-0 became 3-0 when Mata scored from 12 yards after Greenwood had been bundled over by former Southampton player Jordy Clasie.

Never was the cliche "a game of two halves" more appropriate than here as United completed the rout on 64 minutes with Greenwood again the instigator. The striker drifted away from his marker, shimmied past another, and fired in a Robin van Persie-esque finish from the edge of the box - two goals rich reward for a dazzling display full of promise and intelligence.
Four goals in eleven minutes was harsh on Alkmaar but to their credit, Arne Slot's side continued to press and went close to a consolation when Romero saved well from Stengs late on.
The hat-trick hunting Greenwood was uncharacteristically wayward in the closing stages but United headed to last 32 off the back of our biggest win since the opening day. Despite their heavy defeat, AZ also progressed from Group L as runners up.

Posted by United Faithful at 00:57