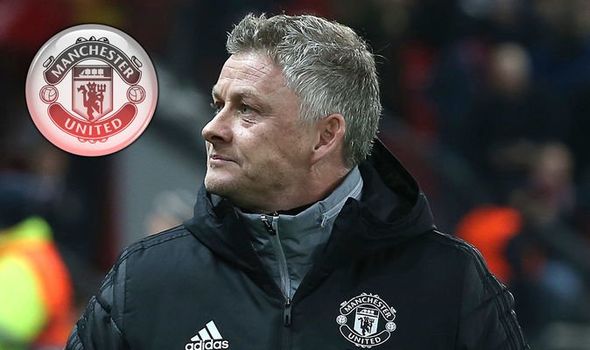 12 months ago exactly to the day, Manchester United were at rock bottom. Jose Mourinho, brought in as the man to steady the ship, was instead sacked amidst the wreckage of a rapidly sinking season.
He left behind a bitterly divided fanbase, a dressing room broken beyond repair and results at an all time low. What started so well had ended in an achingly familiar fashion - in tears.

United needed a complete reset, away from the instant gratification that everyone seems to want these days. Mourinho was meant to bring that, and to an extent I suppose he did, but the boom-or-bust nature of his management came with catastrophic consequences.
Mourinho had been sacked after a dismal 1-3 defeat at the unspeakables, and attentions quickly turned to his successor. You'd have got long odds on that man being Ole Gunnar Solskjaer - a club legend but one with a modest coaching record and credentials that couldn't be further apart from the two men to have preceded him. But, on December 19th 2018, Solskjaer, manager of Molde in his native homeland, got the SOS call from United's CEO Ed Woodward. It's hard to imagine that either man could have possibly predicted what would follow.

One year on, and how has Solskjaer done in his fledgling tenure at United? How do you put a year like this into perspective and then try to gauge how the next one might pan out? And, when a manager comes in tasked with a multi-year rebuilding job, how should he be judged? It's surely simply about more than just what happens over 90 minutes on a matchday. If that's your view, then Solskjaer is the best thing to happen to this club for many a year. If it's not, then you probably feel he's lucky to still be here and that his appointment was nothing more than a throwback to the halycon days of yesteryear by a board caught up in the growing clamour of a whirlwind romance. Opinions are like arseholes - everyone's got one.

He has often talked about the "bumps in the road" and the "peaks and troughs" of football management. Whilst some of those bumps have been huge, at the other end of the scale there have been moments of joy and heady emotion that not even Sir Alex Ferguson experienced. From THAT never-to-be-forgotten victory with a reserve side in Paris, the record-breaking winning streak and the finest performance  - and result - of his reign so far, at City only a few weeks ago. In stark contrast, we've had the dismal defeats to former side Cardiff, West Ham, Newcastle,  Bournemouth and a draw with Huddersfield to name but five.
There have been many peaks and many, many troughs - more than his managerial contemporaries will have ever presided over.

Solskjaer boasts a win % of just over 50 from 55 matches in charge, thanks in no small part to the remarkable run that began in his first game as manager and saw him put together 14 wins from his opening 17 matches at the helm. A streak that began in south Wales as United scored five times in a league game for the first time since Sir Alex only ended three and a bit months later with that extraordinary night in Paris. Ole, was indeed, at the wheel.
Whilst it was tremendous fun while it lasted, every relationship has a honeymoon period, and Solskjaer's was surely the longest of all. Looking back now with hindsight, in fact that start was the worst thing to have happened. Expectations - understandably but perhaps unrealistically - sky rocketed and everything seemed to happen too soon. The players, carrying a sense of freedom and sticking a metaphorical two fingers up to the departed Mourinho, were determined to prove a point. There was no way it could continue, and when form quickly fell off a cliff, it did so in equally spectacular style.

The full time job beckoned, and off came those wheels. Under Ole the caretaker, United simply could not lose. Under Ole the permanent boss, we just could not win. A first league defeat, albeit to Arsenal was swiftly followed by an FA Cup KO to Wolves and then Champions League elimination at the hands of Barcelona. No disgrace in any of those results necessarily, but the dye was cast.
The poor results kept on coming and - a week after a dismal draw at Huddersfield - the season wound up with a miserable 2-0 defeat to Cardiff. A dismal defeat that I had the pleasure, or the misfortune, of attending and suffering through.

Solskjaer's recruitment has been bold and has been the one over-riding success of his tenure so far. The signings of Aaron Wan - Bissaka, Daniel James and Harry Maguire showed that United had strayed away from big money, big name commercial signings and instead focused on a philosophy of a young British core with the club's values at its heart. The likes of Marouane Fellaini, Ander Herrera, Matteo Darmian and Antonio Valencia came under Ole's watch, the sale of Romelu Lukaku proved that Ole wasn't cowed about making big decisions for the long term, no matter the short term impact. Not getting a replacement may have been criminal, but that's more to do with the board's total ineptitude rather than any shortcomings on Solskjaer's part.
He wanted to jettison the deadwood, get rid of anyone not prepared to fit with his vision, and got what he wanted. He wants players that would bleed United red, and run through brick walls for him. Not for Ole was the lazy, money motivated, big name. Goodbye Alexis Sanchez.

Solskjaer has spoken fondly of United's conveyor belt of talent, and has given ten Academy graduates a senior bow during his year at the helm. All have played their part in the positive mood around the club as the green shots of recovery begin to show.
A combination of injuries and a cut-down squad meant he had little option but to blood the youngsters, but the future certainly looks in good hands. Scott McTominay looks like a United captain in the making and Marcus Rashford is having the season of his life. In teenagers Mason Greenwood and Brandon Williams, Solskjaer's United have championed two terrific young, emerging talents with the potential to become world stars.

Solskjaer survived treacherous, shark infested waters in the early months of the season to buy himself both time and breathing space with the two best performances under him so far. The downing of Mourinho's Spurs and Pep Guardiola's all-conquering juggernaut could prove the seminal moment of Solskjaer's time at United. The glorious, upside down, against the odds triumph at the Etihad was the epitome of what Manchester United should be. We followed up a great win over Spurs with an even better one - evidence of why Ole needs to be given time, and the tools, to succeed in the job.

It was evidence of the spirit, resilience and character instilled at Old Trafford. So too was the draw with Liverpool that came after we hit rock bottom at Newcastle - we are still the only team to pilfer any Premier League points off the champions elect.

Some United fans remain unconvinced on whether the affable Norwegian is the right man for the job. How should he be judged on his first year? It depends on what you're judging him on, and what your expectations are. One thing's for certain - after such a rollercoaster, topsy turvy first 12 months, I can't wait for what the next year will bring. Up the Reds!
Posted by United Faithful at 06:33
Labels: features, opinion