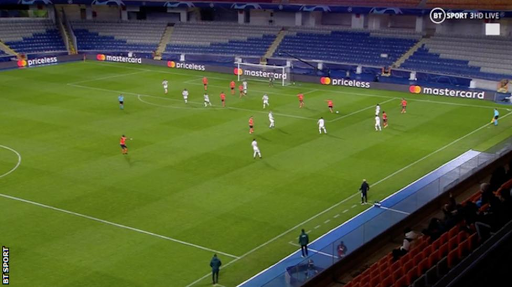 Manchester United suffered back-to-back defeats as goals from Demba Ba and Edin Visca gave Istanbul victory in our third Group H fixture.
The Reds had started the section in stunning fashion with superb, shock wins over PSG and RB Leipzig but - faced with the weakest side in the group, on paper at least - inconsistency reared its ugly head again as a side including former Red Rafael da Silva claimed their first ever Champions League victory.

It was a bad night for United as Ba and Visca put Istanbul into a 2-0 first half lead. Anthony Martial headed a goal back before half-time, but in truth we never looked capable of finding a leveller.

There were six changes to the side which lost to Arsenal at the weekend with a European debut for Dean Henderson and another start for Donny van de Beek. Martial started up front ahead of his return to domestic action and Axel Tuanzebe replaced Victor Lindelof at the heart of the defence.

Istanbul had lost both of their opening two games in the competition's Group of Death - in contrast to United, fresh from those victories over the Parisian giants and the eye-catching Germans.

Luke Shaw flashed a shot wide early on but the Turkish side must have thought Christmas had come early when they were gifted the opener in the twelfth minute.

It was a goal that you would you would be embarrassed to concede in Sunday football, never mind in Europe's elite club competition. Direct from a corner, Visca punted the ball up field, and - with United's defence desolate and deserting their duties, only Nemanja Matic was back. The ageing Serb was never going to make the interception, leaving the 35-year-old Ba to burst clear from halfway, leaving him one on one with the advancing Henderson. The former Premier League striker gleefully accepted the gift to roll in his side's first ever goal in the Champions League.

Rafael blocked well from Martial and Visca went close from distance at the other end before Henderson saved from Danijel Aleksic's header.

Five minutes before half-time, Okan Buruk's side struck again. Matic and Juan Mata conspired to lose the ball, and the errant pass was seized upon Deniz Turuc. The Istanbul man broke down the left, skipping beyond Aaron Wan - Bissaka and into the box. His cross was dummied by former Chelsea man Ba, taking three players out of the game and leaving Visca free. The Istanbul captain made no mistake as he thumped beyond Henderson with aplomb to leave Ole Gunnar Solskjaer's side shell shocked.

United responded well though and halved the deficit, crucially, shortly before the break when Luke Shaw picked out Martial and he headed low beyond Mert Gunok.
Scott McTominay came on for Tuanzebe at the break, a change that saw Matic drop into the back four and the Scottish international taking up his usual place in midfield. 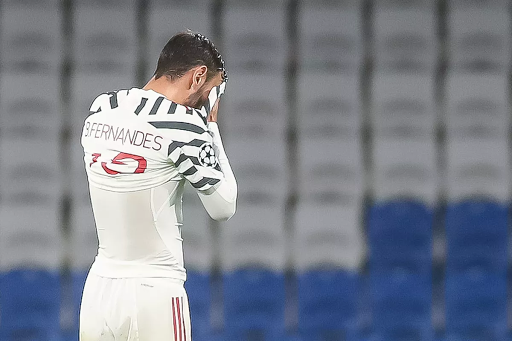 Gunok saved superbly from a Bruno Fernandes free-kick and Visca went close again, but in truth the Reds never looked capable of mustering even an equaliser.

Paul Pogba and Edinson Cavani were sent to try and salvage a point but Buruk's men were happy to sit back, soak up the pressure and contain the Reds.

For all their attacking weaponry, United barely created a chance but yet still almost squeaked out of jail at the death.
Shaw's 91st-minute corner was flicked on by Matic and Maguire's goalbound header deflected off Mehmet Topal. The ball looked certain to end up in the net but Alexandru Epureanu somehow managed to hack the ball to safety from under the bar and Istanbul survived by inches.

That proved to be the final action of another frustrating night for Solskjaer's United, with a difficult trip to Everton to come on Saturday before the international break.

United remain in a good position in Group H with the Turkish side next up at Old Trafford in the reverse fixture.

Overall team performance: 4/10
United Faithful Man of the Match: Donny van de Beek. Only on the pitch for an hour but looked United's best player