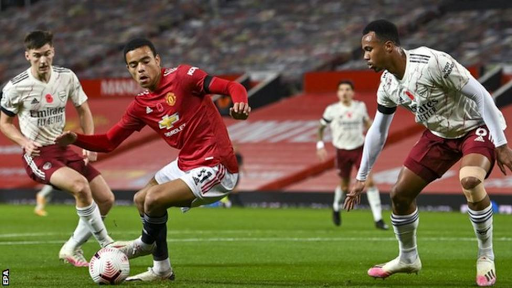 A Pierre-Emerick Aubameyang penalty inflicted more capital punishment on Manchester United and earned Arsenal a first win at Old Trafford for 14 years.
United can have few complaints about the result, as Mikel Arteta's side tactically and technically outplayed us to earn a fully deserved victory. The loss - United's third of the season already - followed defeats to Palace and Spurs and a draw with Chelsea, meaning the Reds strange struggles, in stark contrast with our European form, have all come in clashes with the London clubs.

Having beaten RB Leipzig 5-0 in midweek, Ole Gunnar Solskjaer's side were heading into this clash with our old historical rivals in fine fettle, with confidence high and momentum building. On his 100th match in charge of United, Solskjaer deployed the same diamond system that despatched of the Germans, with three changes from the side that looked so impressive. Scott McTominay, Bruno Fernandes and Marcus Rashford replaced Nemanja Matic, Donny van de Beek and the suspended Anthony Martial.

Arsenal set up in a low block, pressing relentlessly and never allowing United to settle. Led by the imperious Gabriel and marshalled by the impressive Thomas Partey, the Gunners set about their task with endeavour as they hassled United into submission.

Willian flashed a shot wide and Bukayo Saka went close with a header, before Hector Bellerin's whipped cross narrowly evaded the onrushing Aubameyang at the far post.
United had been on the back foot but showed their attacking intent as we turned defence into attack in an instant. A superb curled pass from Rashford found Mason Greenwood, and his first time snap shot was well saved by the legs of Arsenal keeper Bernd Leno.
Alexandre Lacazette miskicked six yards out having been set up by strike partner Aubameyang, thanks to Victor Lindelof claiming the slightest of vital touches on the ball.
On a day when no United player covered themselves in glory, Lindelof was probably the pick of the bunch.
Aubameyang struck the top of the bar shortly before half-time - a first 45 minutes in which United could count themselves fortunate to still be on level terms.
United began the second half brightly and went close twice in quick succession. First, Harry Maguire headed inches wide from a Luke Shaw set-piece, and Greenwood fired narrowly off target having linked with Rashford. 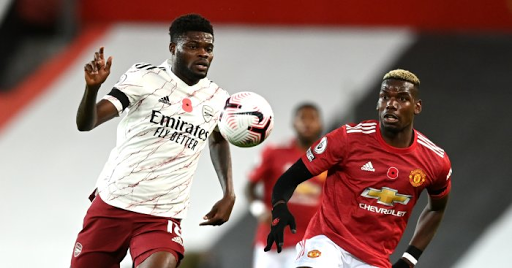 Arsenal remained a threat, though, and almost broke the deadlock at the other end on 52 minutes. Partey won possession and found Lacazette, he moved the ball on to Aubameyang and the Gabonese hit-man curled his shot just wide from distance.

This increasingly looked like a game where one goal would be enough to win it, and so in proved.
On 69 minutes and with the tie in the balance, the breakthrough came out of nothing as Willian slipped the ball through to Bellerin, and he was scythed down by a clumsy challenge from Pogba.
Aubameyang, on a run of five games without a goal, made no mistake with the penalty as he sent De Gea the wrong way to put Arsenal ahead.

Edinson Cavani and van de Beek were thrown on by Solskjaer to try and rescue the game, and the latter came within inches of an equaliser when his deflected cross struck the post and bounced to safety havign struck both Mohamed Elneny and Leno.
That proved to be the best we could muster as Arsenal held out in relative comfort to end their own recent indifferent run and leave United still searching for their first home league win of 2020-21.