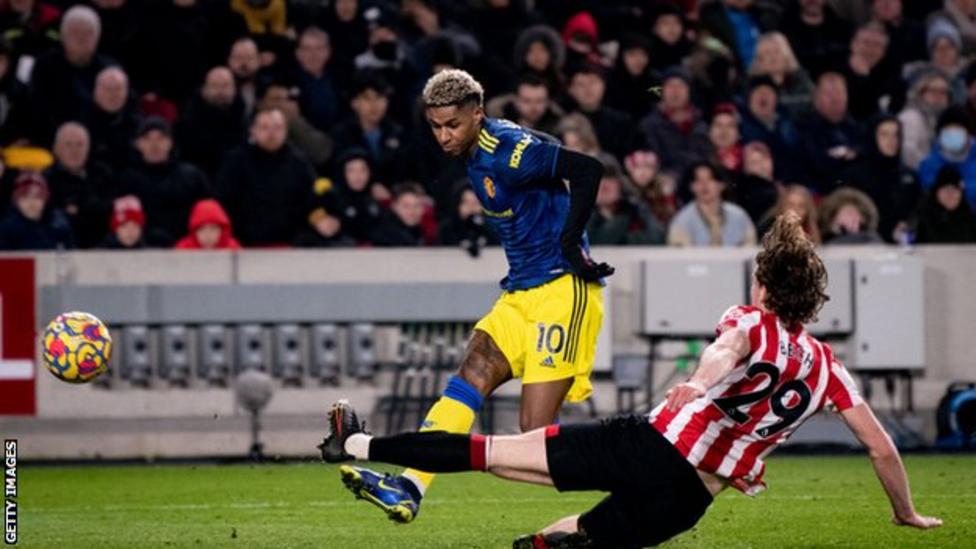 Ralf Rangnick's side came under siege on our first trip to the Bees in over 70 years but - after de Gea had twice save from Mathias Jensen and Ivan Toney - United eventually prevailed. All three goals came from Academy graduates as Anthony Elanga put us ahead, Mason Greenwood added the second and Marcus Rashford added late gloss to the scoreline.

Rangnick made two changes from the team which squandered a late 2-0 lead at Villa Park as Scott McTominay came in for Nemanja Matic and Cristiano Ronaldo returned to the XI in lieu of the unavailable Edinson Cavani.

Jensen proved a thorn in the Reds side throughout and served notice of his intention after only two minutes when he was found by Vitaly Janelt but could only pull his effort wide.
Brentford keeper Jonas Lossl cleared well under pressure from the lurking Elanga, but De Gea was called into action for the first time on 13 minutes when he saved superbly from Jensen before Janelt's volleyed follow up was cleared.

Brentford got a draw at home to Liverpool and have pushed Chelsea and Man City to the limit this season so it was no surprise to witness them make life hard for Rangnick's Reds. Mads Bech Sorensen had a shot deflected wide by Alex Telles and Christian Norgaard fired over the bar from close range.

The magnificent Diogo Dalot went close from distance with United's best chance before De Gea kept the Bees out again with a superb save, this time with his foot to again deny Jensen, although it wouldn't have counted anyway with the offside flag up.

In a frantic start to the second half, Ronaldo struck the bar and De Gea foiled Jensen for the third time at the other end as he repelled the Danish midfielder's 20-yarder.

The deadlock was not long in coming and duly arrived on 55 minutes when Fred's probing through ball found the onrushing Elanga and he superbly lifted the ball over Lossl for his second senior United goal.

Having got in front, United seized control and moved clear of a tiring Brentford seven minutes further on. A superb chest pass from Ronaldo released Fernandes one on one with Lossl and the latter squared unselfishly for Greenwood to tap in his first league goal in three months. 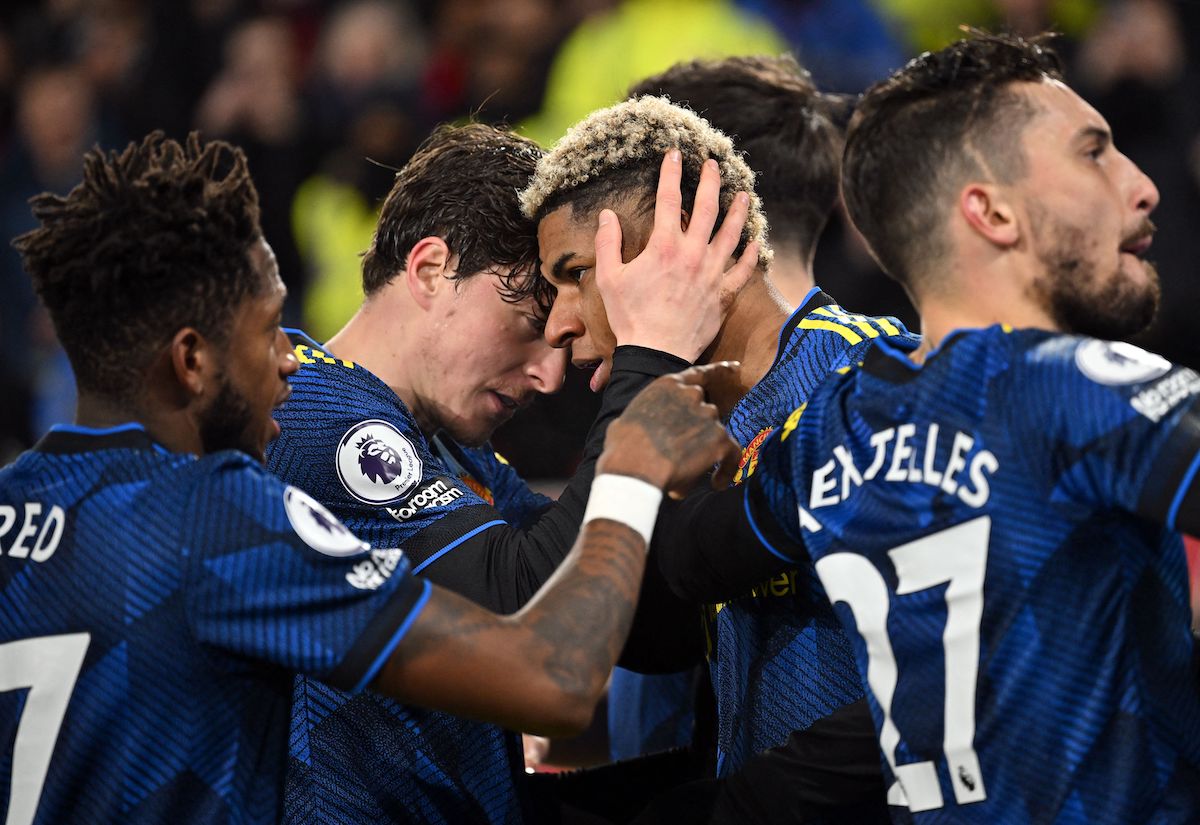 Brentford refused to lie down and with Saturday's capitulation - from an identical position no less - still fresh in the memory - you felt United weren't safe yet.

Mats Roerslev sliced over the top and Toney shot wide on the turn, but the Reds put the result beyond any lingering doubt 13 minutes from the end to ensure there would be no repeat of Saturday.

Fernandes had set up Greenwood and grabbed his second assist as he fed substitute Rashford to run through and smash home a finish for his first goal since October.

United were in control when Rangnick decided to give Ronaldo a breather with 20 minutes left and Saturday's tie with West Ham clearly in his mind. The pouting Portuguese subsequently threw a massive strop, as he walked off at a snail's pace, shaking his head
and muttering as he threw his coat down and retreated to the bench with a face like thunder. Rangnick had the last laugh as his switch worked with the third goal from Rashford.

Brentford's top scorer Toney gave his flagging side a late lift when he bundled home from a Norgaard flick-on to deny United their clean sheet, but the Reds held out to secure a vital win.