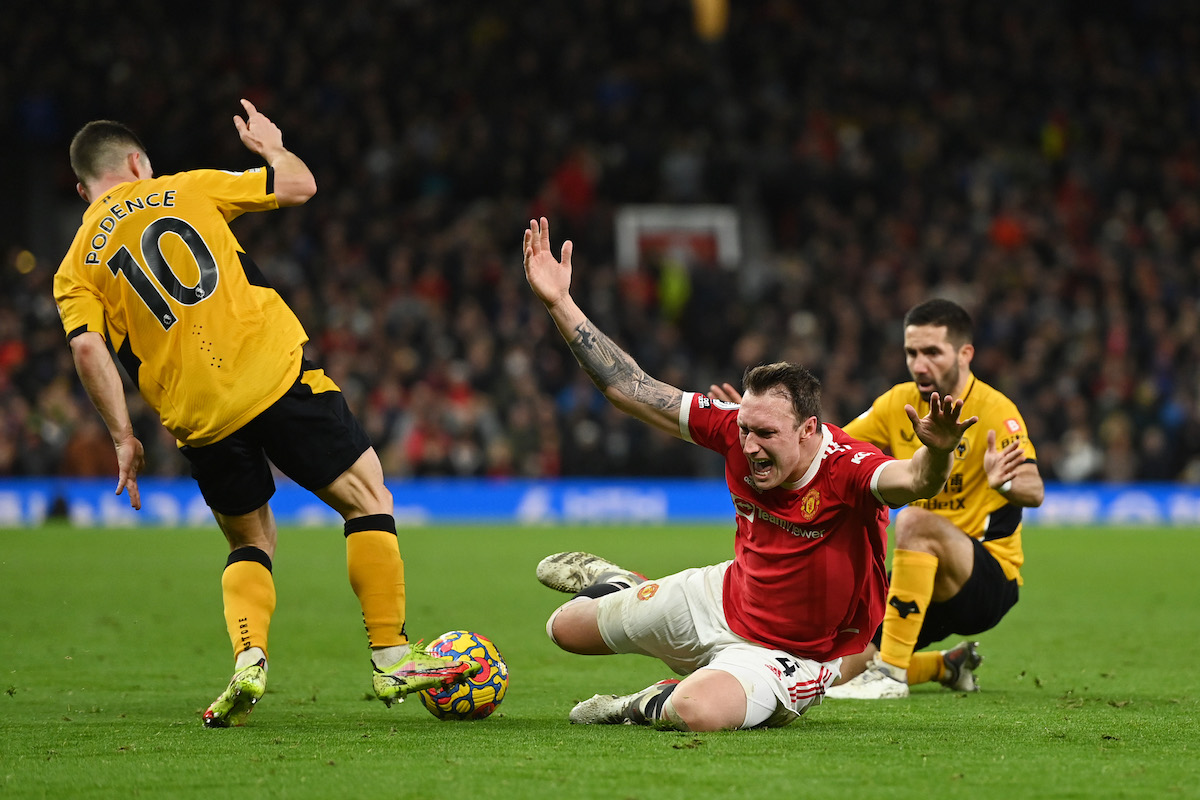 Wolves proved to be the scourge of the Reds again as a late Joao Moutinho winner inflicted Ralf Rangnick's first defeat as United boss.

Bruno Fernandes struck the bar and had a 95th minute free-kick turned away by Jose Sa but the Old Gold - undoubtedly United's bogey side - held firm in another binary lovers scoreline.

With captain Harry Maguire out through injury, Covid positive Victor Lindelof in isolation and Eric Bailly away for the AFCON, Phil Jones returned to a United starting XI in defence for the first time in 707 days.
Old Trafford's great survivor slotted in alongside Raphael Varane, a partnership wanted by Sir Alex Ferguson coming to fruition eleven years on.
Our much maligned no.4 hasn't featured for the club's senior team since our 6-0 win at Tranmere in the FA Cup on 26 January 2020 but enjoyed a creditable 90 minutes with his name serenaded loudly throughout.

Wolves were pragmatic and deep-lying under the tutelage of Nuno Espirito Santo but his compatriot and successor Bruno Lage has them playing on the front foot, looking to move the ball quick and controlling the game through midfield string pullers in chief Ruben Neves and Joao Moutinho.

It did not take them long to exert their authority on the tie in both sides first game of 2022.

David de Gea saved well from Daniel Podence and then kept out Neves soon afterwards before Nelson Semedo went close with another save from the Spanish stopper - again from Podence - thrown in for good measure.

Jadon Sancho was released by an excellent Mason Greenwood pass, but he was crowded out and unable to conjure anything from our best early opening.

United's next moment didn't arrive until three minutes before half time. Edinson Cavani found himself in a good position ten yards out but could only lift the ball over the bar when a pass to Greenwood looked the better option.

The Reds best spell of the game came at the start of the second half with Fernandes summoned from the bench on the hour in place of Greenwood. He immediately made an impact with the Reds tempo, threat and danger raised by the introduction of our talismanic figurehead.

Eight minutes after he had come on, came United's best chance of the tie. Superbly picked out by Nemanja Matic, Fernandes was well placed and perhaps should have scored but slammed his effort off the bar.

Our two Portuguese superstars then linked up again as Fernandes found United's stand-in captain for the night, Cristiano Ronaldo to head in, only for the goal to be ruled out by the linesman for an offside infringement.

Ronaldo pulled a shot wide but the Reds were now looking the side most likely to go on and win the game.
But Wolves weathered the storm and struck the bar themselves through a Roman Saiss free-kick after Matic had hauled down substitute Adama Traore. 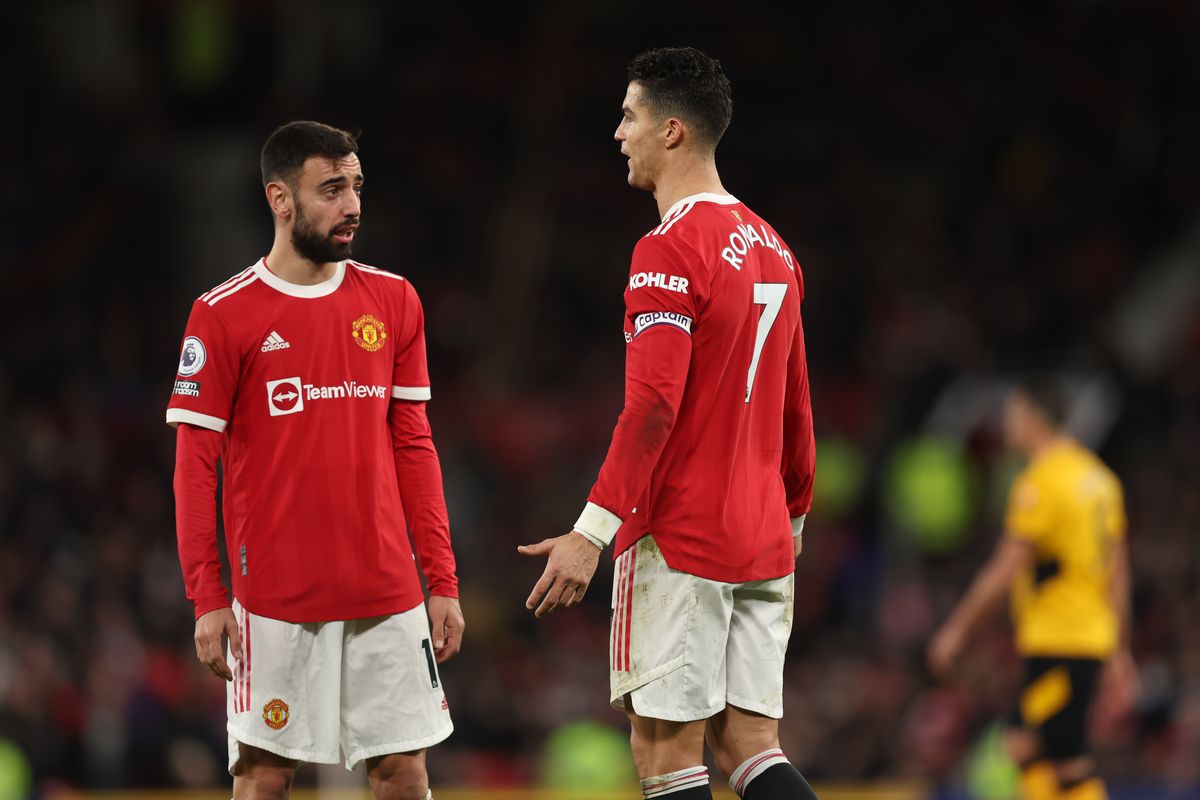 United have struggled against the men from Molineux ever since their promotion to the Premier League in 2018, with only two wins in the league over them in that time - both of those came by the odd goal in last term's two league meetings.

With eight minutes left, Lage's side broke the deadlock when Traore burst beyond Luke Shaw and got his cross in. Jones headed out but the ball only dropped as far as Moutinho who took a touch and fired in low beyond the helpless De Gea.

In truth, the Reds barely deserved a point but still almost salvaged exactly that when Jones bravery won a free-kick on the edge of the box with only seconds left.
Ronaldo and Fernandes lined up the set-piece and the latter's effort looked destined for the net until fellow countryman Sa in the Wolves goal acrobatically turned the ball away to preserve his side's victory.

Let's put this down to a bad day at the office (everyone has one, right) and move on to the next game.

Posted by United Faithful at 01:07