Senior United debuts for the young and the not so young

Four days out from the pivotal meeting with cross-town rivals Manchester City and their boss Pep Guardiola, ten Hag unsurprisingly opted to rest most of his important senior stars. Casemiro, Marcus Rashford and Christian Eriksen got half an hour under their belt, whilst Lisandro Martinez made his first post-World Cup start with Anthony Martial and Raphael Varane not in the squad at all. In keeping with the previous ties in this competition, David de Gea was given the night off. 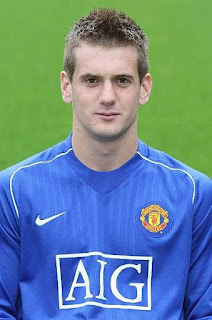 The latter enabled Tom Heaton to finally make his long awaited full debut between the sticks for the Reds. The veteran 36-year-old won the FA Youth Cup in 2003, a year after signing for the club. Two decades on, and Heaton, despite the loan arrival of Jack Butland, was in from the start against the League One side.

Heaton was handed a surprise debut by ten Hag's predecessor Ralf Rangnick, when he was brought on to replace Dean Henderson in the final minutes of last season's Champions League dead rubber at home to Young Boys.

This was an ideal opportunity for the custodian as he kept a clean sheet and was untroubled throughout  the 90 minutes in which the brave League One midtablers battled gamely. Heaton was not called upon to make a save and will have enjoyed his long overdue moment in getting a chance of a senior appearance for the Reds. Martin Dubravka played against Villa and again in the win over Burnley. With ten Hag's United now through to the semi-finals, it seems likely de Gea will come into the team as United are 180 minutes away from a Wembley final.
Heaton could play when we welcome Reading in the FA Cup fourth round but Butland will also be hoping to make his debut in that one. Nothing can take away from the fact Heaton now joins the pantheon of greats in pulling on the famous goalkeeper jersey at Old Trafford in a competitive game.

At the other end of the age range, 17-year-old Stockport-born Kobbie Mainoo, widely tipped as a United star of the future, was a perhaps surprising name on ten Hag's team sheet. Mainoo shone during the Reds fabled run to Youth Cup glory last season and also caught the eye when he featured in United's winter Spanish training camp during the World Cup. He scored in the friendly defeat to Cadiz

With Bruno Fernandes suspended and Donny van de Beek the victim of unfortunate injury, Mainoo slotted into midfield in front of Scott McTominay and Fred against Charlton, and didn't look out of place with a decent work rate, nice link play and some good touches on the ball. His passing was good and he acquitted himself well before he was replaced by Casemiro - the man he names as one of his heroes - on the hour mark. The League Cup has proved a launchpad for many a career, either here at United or elsewhere, and hopefully it will be the same for Mainoo, who was on the bench for the visit of Newcastle in October. There is certainly a lot more to come from just one of our promising crop of youngsters and this will be a night Mainoo will never forget 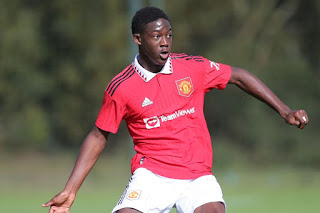 There was also another United debut: it was from the bench and brief, but no less special for the lad involved for that. Step forward, Facundo Pellistri.
The highly-rated Uruguayan international joined the Reds from Penarol in 2020 and made it thirteenth time lucky when he came on for Anthony Elanga in the closing minutes after being an unused sub on twelve previous occasions. A small sample size of ten minutes against tiring League One opponents is admittedly not much to go on, but Pellistri made a mockery of his lack of game time with an eye-catching cameo. With respect to Elanga, Pellistri looked far more of a threat. He was bright and lively, looked neat and tidy and showed a willingness to take people on.

Pellistri popped up with an assist for Marcus Rashford's strike to make it 2-0 late on and definitely deserves further chances to show what he can do. He could be useful back up for Antony and I'd like to see the talented 21-year-old get more minutes under his belt. On this evidence, it's baffling he's been held back for so long. United host Reading in the FA Cup in a few weeks and so that could be more first team involvement for Pellistri. So far, so good, for the young winger. You don't play for your country by the age of 21 and feature in a World Cup no less if you're not a good player.

Congratulations to our trio of great Reds on a memorable night in an otherwise routine United victory. Well done lads!