What a job Erik ten Hag is doing at Manchester United

Let's all just take a moment to appreciate the incredible body of work Erik ten Hag is already building seven months into the job at Old Trafford.
The erudite Erik became the first United manager to lose his first two competitive games in charge of the club since John Chapman way back in 1921 when we tumbled to ignominious losses against Brighton and Brentford back in August. 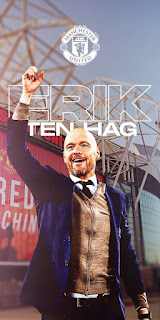 But, since then the trajectory has been sharp and upward. ten Hag steered United into the Carabao Cup semi-finals with a 3-0 win over third tier Charlton on Tuesday. With the result, he became the fastest United manager in history to reach 20 wins.
The Reds renaissance was kick started by victory over Liverpool and since then - bar minor setbacks at derby rivals Manchester City and new manager-inspired Aston Villa - only Arsenal have pilfered more Premier League points.

The Gunners were vanquished in their only league loss so far, Spurs were brow beaten in the best United performance Old Trafford has seen for decades, and Chelsea were torn apart in an opening 45 minutes in which Graham Potter made a first half change. Newcastle would have been beaten too if not for banter officiating.

Since that opening day debacle against Brighton, no opposition side has left Old Trafford victorious. M16 has become a fortress again with nine successive wins United's best home sequence since 2017-18 when Jose Mourinho was in charge. You have to go back to the Reds last title winning campaign of 2012-13 for our previous best winning streak on home soil when we put together 12 consecutive home successes during Sir Alex Ferguson's final flourish.

You can consider the 'lesser' opposition of this run if you want - Tottenham, Sheriff, West Ham, Aston Villa, Burnley, Forest, Bournemouth, Everton and Charlton - but the fact is United would've struggled to beat most of these sides in the past. Indeed, Burnley and Villa have both won at Old Trafford in recent seasons and United have struggled against many of the league's so called 'lesser' lights. Middlesbrough and Southampton both got joy last term and it's these types of games which separate the successful sides from the also rans. It is eight wins on the spin for the first time since Ole Gunnar Solskjaer's initial purple patch as caretaker manager but, this time, you feel the form is somewhat sustainable.

There will be tougher tests to come; none tougher than Saturday's opponents from across the city - the ultimate barometer, the biggest test of how far we've come - and then the trip to Arsenal, but United should not fear anyone. No one will want to face this United side at the minute. You look forward to watching us play now and ten Hag has brought back discipline, instilled a team spirit and got us playing with style and verve again. He's improved the standards and the mentality, put his own stamp on the team's identity and has been assertive and decisive. In short, ten Hag has been everything a Manchester United manager should be, so far at least. Dedicated and determined but demanding, he is the first manager we have had since Sir Alex to be the perfect embodiment of an Old Trafford boss.

Cristiano Ronaldo has been moved on with the circus surrounding his acrimonious departure dealt with through minimal fuss. United are four points off Manchester City and level on points with high flying surprise package Newcastle having played a game less. Joint third as we approach the halfway point of the season and in a major cup semi final - a position we'd have gladly taken with both hands if offered it back in August. A 74% win rate at this stage is mightily impressive but he is only just getting started and United remain the only English side in contention for all four domestic and European competitions.

Casemiro's signing has been seminal and sensationally impactful. He has been surely the signing of the season (excluding the freakish cyborg of Erling Haaland), with his ability to break up play, hold up opponents, stop counter-attacks, make tactical fouls and win the ball back. In turn, the full-backs have improved and the attackers get more service. And to think United very nearly went for Adrien Rabiot instead. Thank you, Veronique Rabiot! 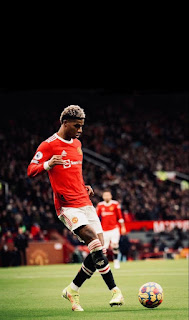 Marcus Rashford has been a man reborn by ten Hag's arrival with his relentless red-hot streak in front of goal the epitome of ten Hag's coaching excellence. Rashford's best goalscoring season came in 2019-20 when he missed three months of the season only to return after the lockdown-enforced hiatus to plunder 22 goals. He is already on 15 goals for the season (18 if you include the World Cup) for 2022-23, a goal every 123 minutes, and is a man on top of his game right now. Rashford is a man revitalised and is clearly loving life under the tutelage of ten Hag. He is a shoo-in for any team of the season and looks set to win a second PL Player of the Month award for November&December. He is just one of many of United's hitherto faltering stars to be given a new lease of life under the Dutchman.

Luke Shaw has been the best left-back in the league this season, Diogo Dalot has been our most improved player and Fred has been very impressive despite being reduced to the role of squad player upon the arrivals of Messrs Casemiro and Christian Eriksen.

There is still a long way to go, and the true judgement of ten Hag and United has yet to come to pass. But the early signs are really positive, and he has managed to unite an erstwhile divided fanbase into believing just about anything is possible. ten Hag you're the one...