Manchester United make the 33-mile trip to Deepdale on Monday evening as we face Preston North End for the first time in 43 years in this FA Cup fifth round tie.

Michael Carrick has had a “minor setback” and remains out and United boss Louis van Gaal said he will “wait and see” on the fitness of Phil Jones and Daley Blind.

Robin van Persie is doubtful as he is carrying a knock but Luke Shaw is available after completing a one match ban.

PNE are managed by Simon Grayson, who was in charge of then League One Leeds who famously knocked the Reds out of the cup in the third round at Old Trafford in 2010.

The man who netted the winner that day, Jermaine Beckford, now plies his trade on loan at Deepdale and the Reds defence will also need to be wary of the threat posed by veteran striker Kevin Davies.

North End currently sit fourth in the League One, 45 places below van Gaal's side, third in the top tier.

Van Gaal is relishing the atmosphere of the competition and said it is “fantastic” to face a high-flying third tier side as the Reds look to secure a place in the quarter finals.

Speaking on Friday, the boss said: “Our fans are fantastic, both when we play at home and away, it is very important that our fans support us as they can help the players.
“It is fantastic, I have already described, we have to play for the third time a lower team. "You know that everything is in favour of the lower team, the environment is against you because everyone is with the underdog, you have confirmed it but you are conscious to do that so it is more difficult to accept but football is like this.
“But the chance that you can survive is higher because you are playing against lower qualities but we know from the matches against Yeovil and against Cambridge that this game will not be easy for my team.”

Preston have seen off Havant and Waterlooville, Shrewsbury and Sheffield United (after a replay) to reach the last 16. 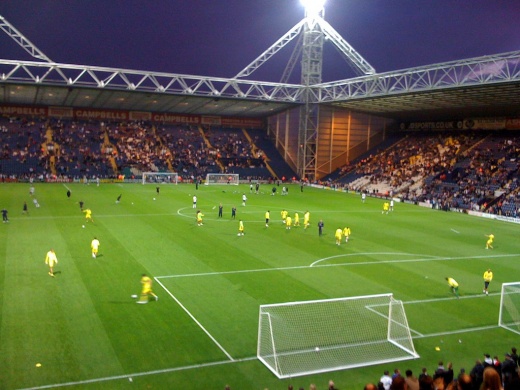 Posted by United Faithful at 08:33