String-pulling Pogba United's heartbeat and the best in Europe 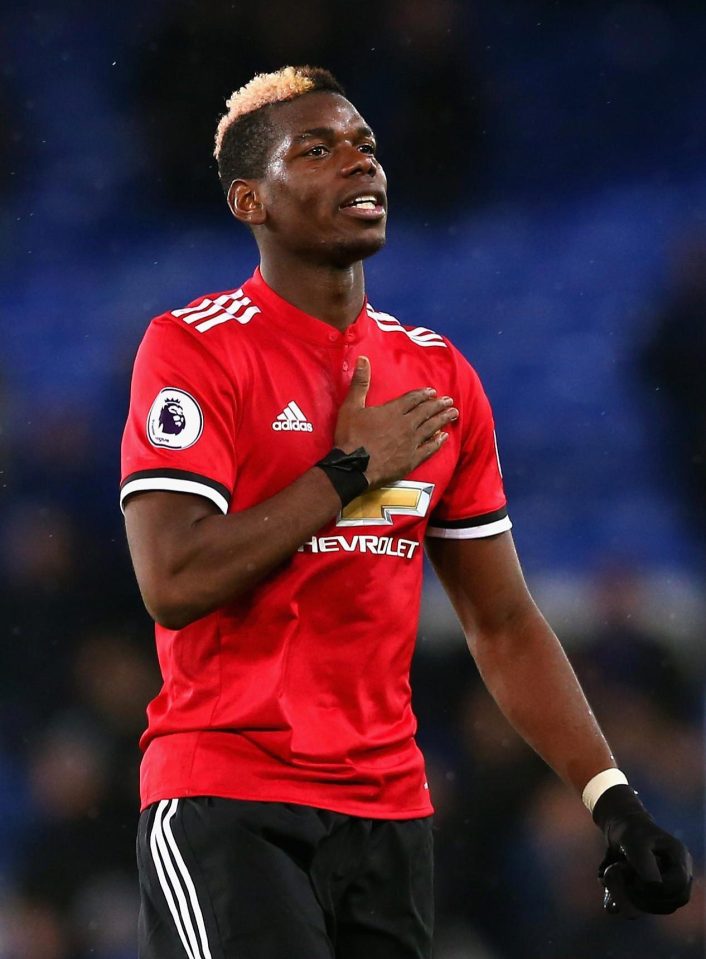 United's win over Stoke was solid but unspectacular collectively, but Paul Pogba again took centre stage to be voted our man of the match with a simply brilliant individual performance. The Frenchman picked up two assists for Antonio Valencia and Anthony Martial, showcased his full armoury of passing and ran the show with his trademark buccaneering surges from deep. It was a magnificent midfield masterclass and one that was a joy to watch. Pogba offers everything you want from a modern-day midfield player - goals, assists, pace, power, a link between defence and attack with close control and intricate ball-carrying skills that bely a man of his frame. The ultimate box-to-box player, not since Paul Scholes have United had anyone as complete as Pogba. Any team would struggle to replace a player as supreme as Scholes, a one club man who amassed 500 appearances for the club in one of the greatest careers the Premier League has ever witnessed. If Pogba goes on to achieve even half of what Scholes did, then he's done very well.
After the dark days of Tom Cleverley, Eric Djemba - Djemba, Kleberson, Anderson and countless others, United finally look set to have a player up to the task of replicating Scholes. Still only 24 and now in his prime, Pogba has all the attributes to be the heartbeat of this side for many years to come, hopefully until the end of his career.

When the Frenchman plays well, so do we and he's at the heart of a remarkable record that gives Pep and City a run for their money. The Reds have not lost a league game in which Pogba has been involved since that 4-0 defeat at Chelsea back in October 2016 - a run that spans 35 games. An incredible unbeaten run that shows just how important Pogba is to this United side. Having re-signed for the club from Juventus in a head-spinning transfer, he started slowly and had to deal with unfair criticism during the early months of last season. It's fair to say that those doubters have been spectacularly silenced.

Pogba's importance and influence was only demonstrated further against the Potters with his  brace of assists for Valencia and Martial - his eighth and ninth of the season. A tally accrued in 13 games, that's the best games-to-assist ratio in Europe's top five leagues. Kevin De Bruyne and Leroy Sane have had all the plaudits for their impressive seasons as the key creative cogs for Pep Guardiola's dominant juggernaut.  The City duo have totted up the same number of assists as Pogba, but have only done so in 23 and 21 games respectively. To further highlight his impressive contribution, PSG's Neymar has nine assists in 14. Let's not forget either, that Paul leads the way despite a two month absence through injury. Had he been fit for the whole season, not only would he be outperforming the rest of the continent comfortably, but United would also be a lot closer to City.

Posted by United Faithful at 06:55