Ole Gunnar Solskjaer's perfect audition to become Manchester United's next manager continued with him taking a curtain call in front of their jubilant followers after making it eight wins from eight in the FA Cup fourth round at Arsenal. It has been, so far, the greatest audition in football history.

If the Norwegian hero had dreamed up his own Old Trafford managerial raison d'etre after his interim appointment as the Jose Mourinho antithesis, then his script could have not have been mapped out any better.

Solskjaer - effectively whistled up on loan from Molde in his native Norway with Old Trafford deep in crisis after the resentment and discontent of the Mourinho era - has overseen a remarkable transformation in mood and performance.

And with executive vice-chairman Ed Woodward wearing an expression of satisfaction that looked like it might have to be surgically removed as the final whistle approached at Emirates Stadium, the questions being asked about Solskjaer are now being framed in a very different context.
The discussion has travelled from "can United really give it to Solskjaer?" into the direction of "can United actually give it to anyone else other than Solskjaer?" 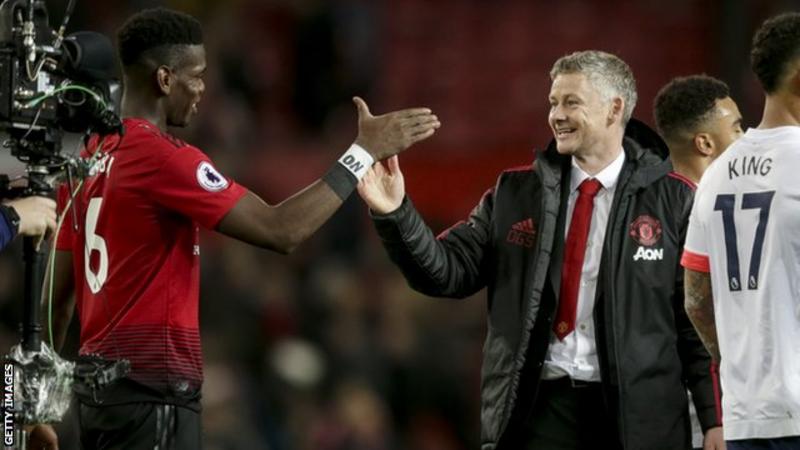 There would still be a huge element of risk given Solskjaer's previous Premier League experience at Cardiff and the suspicion remains that if there was an easy path to appointing Tottenham's Mauricio Pochettino, this would still be the preferred option for United's decision makers.
This question was posed before the meeting with Spurs at Wembley after Solskjaer's arrival had coincided with a soft landing cushioned by a relatively comfortable fixture list. This job at the minute is effectively a free hit for Ole but the pressure and expectation would ratchet up tenfold if the caretaker became the permanent incumbent.

Solskjaer engineered a victory in that game, his biggest test up to that point, before overseeing this impressive victory at Arsenal, another significant win at the home of a close rival.
And with every win, the body of evidence that strengthens Solskjaer's case grows.
Solskjaer has exceeded expectations and met every demand that would have been made on him by Woodward and his colleagues in the Old Trafford hierarchy when he answered their emergency call.

The first job in his in-tray was to metaphorically pick the players up off the floor and make them happy again. He made that his starting point, but it is on the pitch that he had to throw down a marker and he has succeeded.

He has formed a close-knit management team with the return of wise old head Mike Phelan to work alongside Michael Carrick and Kieran McKenna.
And, most importantly, Solskjaer's Manchester United have been playing in a manner - a victorious one - that had been mislaid in the last 18 months under Mourinho.
Solskjaer has proven to be tactically astute and flexible in his two biggest games.

He utilised the pace and mobility of Anthony Martial and Marcus Rashford at Spurs - after setting the physicality of Romelu Lukaku aside - the young England striker scoring the winner in a first-half performance of verve that set up the platform for David de Gea's second-half heroics.
Solskjaer may have been planning to shuffle his pack for the FA Cup, but he did it with a gameplan that produced rich rewards at Arsenal.

He used Jesse Lingard through the centre of his attack with Romelu Lukaku on the right - an unaccustomed position where he actually performed with devastating effect against Arsenal while at Everton - and Sanchez on the left. 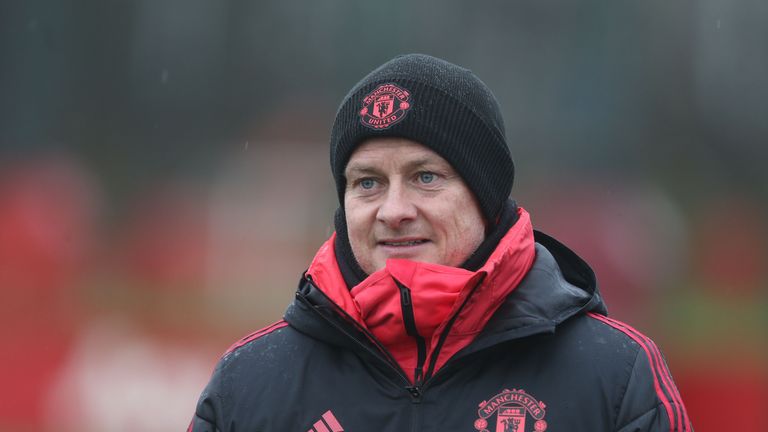 It worked like a charm. Lukaku superbly set up Sanchez and Lingard for the two quick goals after the half hour that wrecked Arsenal's hopes. The trio were simply too much for the Gunners' reshaped defence, hit by injury to Sokratis and, later on, to Laurent Koscielny.

And if anything summed up the mood of positivity and progression sweeping around Manchester United, it was when Solskjaer made his second-half changes.
He replaced Sanchez and Lukaku with the new danger of Martial and Rashford. The midas touch was there again as Martial scored the late goal that wrapped up the win.

Would Mourinho have been so bold? Very unlikely. Phil Jones may have been his preferred option.
Solskjaer has fired up key players such as Paul Pogba and Martial, while releasing the huge potential of Rashford - that midas touch again.

Yes, the reservations expressed here about the notion of Solskjaer as full-time manager remain.

Would Solskjaer have the same impact if the players knew he was their full-time boss? Would the sheen and novelty wear off? How would they react when he disappointed them with bad news?
This is a huge decision for those in Old Trafford corridors of power.

Did they really anticipate they would be discussing Solskjaer as the permanent successor to Mourinho when they took the decision to dispense with The Special One?
It would be a courageous move but Solskjaer is giving them that choice to make and adding weight to his claims with every game.

Solskjaer has moved United to within three points of Chelsea in the Premier League's top four and has now taken United into the FA Cup fifth round after a potentially hazardous away draw.

Since the desperate failure of the hapless David Moyes, Woodward has sought out managerial big-hitters in the shape of Louis van Gaal and Mourinho. Trophies, if not the ones United crave most, may have come but ultimately they failed and the fare on offer was deadly dull.
Solskjaer, in contrast to that trio, looks comfortable in his own skin at Old Trafford. He knows the club, how it works and what is expected. It is almost as if he's been the man we've been crying out for all this time. The man - and the manager - that Man Utd never knew they needed. And the presence of Phelan - Sir Alex Ferguson's trusted right-hand man for so long - will reinforce the old messages and standards.

Woodward must decide whether what he is seeing from Solskjaer makes the most compelling case to drag him away from his starstruck approach to managerial appointments.

It is by no means a done deal, nor should it be at this stage, but Solskjaer has got two huge opportunities coming up to make himself close to indispensable in the eyes of United's supporters and those charged with making that next appointment.

We face Paris St-Germain in the Champions League last-16 first leg on 12 February and then face Liverpool at Old Trafford shortly afterwards.
If Solskjaer can guide us past PSG over two legs in the Champions League quarter-finals and throw in the sort of victory that always towers above all others - damage Liverpool's title ambitions - the bandwagon may gain unstoppable momentum.
And if he carries on in this fashion and wins those games, how can even those who still harbour the doubts about whether he should be the next full-time manager of Manchester United argue against his right to be at the head of the queue?

Posted by United Faithful at 05:18

Email ThisBlogThis!Share to TwitterShare to FacebookShare to Pinterest
Labels: features