The draw for the fourth round of the FA Cup was made on Monday and pitted United with old rivals Arsenal in the undisputed tie of the round.
The clash pits the competition's two most successful clubs against each other, with the Gunners having won 13 FA Cups and the mighty Reds 12-time winners - a remarkable 25 triumphs between us. 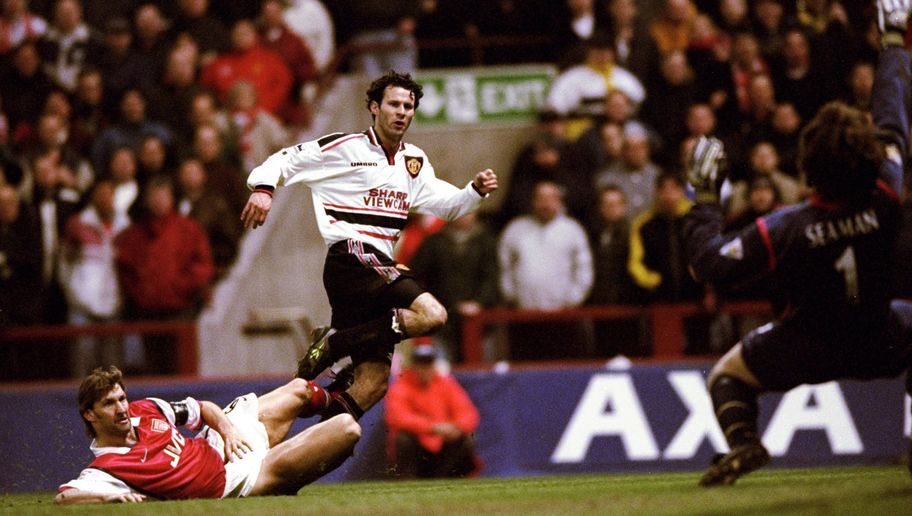 Just three points separate Unai Emery's men and Ole's resurgent Reds in the league table with the north London side holding a slender advantage. That will count for little in the cup, however.

It was honours even last time the two clubs met, with Jesse Lingard equalising for United in an entertaining score draw at Old Trafford in what turned out to be one of Jose Mourinho’s last games in charge of the club.
This will be the 230th installment of one of the English game's most fierce and storied rivalries, a feud that has admittedly waned in recent years with the emergence of Chelsea and Manchester City breakng the two sides domestic duopoly. Both sides have slipped down the pecking order and the departures of both clubs legendary managers in Sir Alex and Arsene Wenger have meant a new era in the illustrious history of both clubs.

Perhaps the most famous Arsenal v United FA Cup tie of all was the semi final in 1999, when Ryan Giggs scored an unforgettable solo goal to win it, in the famous Treble season.
We've not played Arsenal in the Cup since 2015 when the eventual winners prevailed 2-1 in the quarter-final at Old Trafford through ex Red Danny Welbeck's second-half strike and left Louis van Gaal's men empty-handed.

You have to go back to 1988 to find the last time United faced Arsenal away from home at the Gunners ground in this competition (2-1 to the home side at the fifth round stage). Brian McClair missed a late penalty in that one.


United enter the fourth round after a convincing 2-0 victory over Reading at Old Trafford, thanks to goals from Juan Mata and Romelu Lukaku. A second-string Arsenal won 3-0 at Blackpool to ensure their place in the draw.
Fourth-round ties will take place between 25 and 28 January.

The match will be sandwiched in between the Reds’ Premier League games at home to Brighton & Hove Albion and Burnley.

Before the game against the Royals, caretaker manager Ole Gunnar Solskjaer expressed his desire to win the competition this season as the Reds look to go one better than last term, when we were narrowly beaten by Chelsea in the final at Wembley Stadium.
United beat League Two Yeovil 4-0 at the fourth-round stage a year ago, as Alexis Sanchez made his eagerly awaited debut for the club at Huish Park. Marcus Rashford, Ander Herrera, Jesse Lingard and Romelu Lukaku scored on the night in Somerset.

The Reds were ball no.6 in Monday night’s draw, which was conducted by former Wolverhampton Wanderers players Robbie Keane and Carl Ikeme at Molineux immediately after the club’s third-round victory against Liverpool. As it unfolded, it became clear the Reds were set to draw a big gun with Tottenham and Crystal Palace also in the frame as the last four balls were selected.

Elsewhere in the draw, the sole remaining non league club - Vanarama National side Barnet - are rewarded with a home tie having knocked out Championship promotion-chasers Sheffield United. They face another second-tier team, Brentford, in the battle of "The Bees" at the appropriately named Hive Stadium.
Newport County beat Leicester in the shock of the round and travel to Championship high-flyers Middlesbrough next.
There are two other definite all-Premier League encounters as Manchester City host Burnley and a London derby at Selhurst Park in Crystal Palace's meeting with Tottenham.