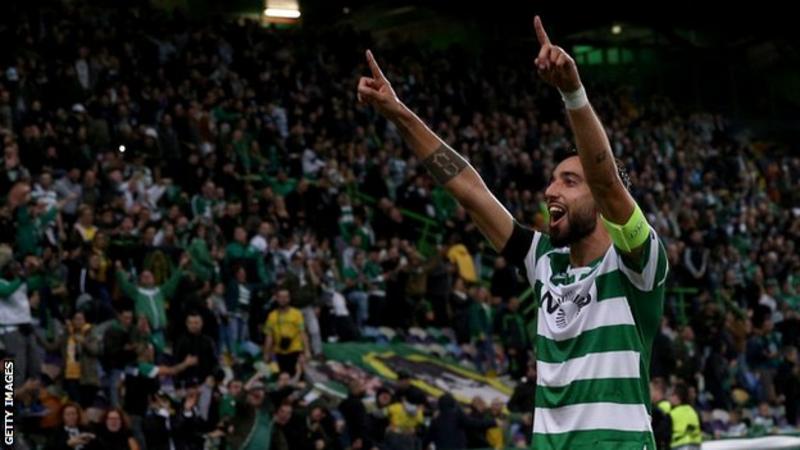 Its been the longest running transfer saga of the January transfer window but Manchester United are finally set to land Portugal midfield Bruno Fernandes after a deal was agreed.
The 25-year-old will become the fourth player to make the move from Sporting Lisbon to Old Trafford following in the footsteps of Marcos Rojo and compatriots Cristiano Ronaldo and Nani.

After weeks of deadlock, procrastination and dithering akin to Brexit, it took reported interest from Barcelona (whether genuine or otherwise) for United's transfer negotiators to launch a final bid for the player, one that was finally accepted by the cash strapped Portuguese giants. Ironically, we ended up paying the same fee that Sporting originally wanted.

Subject to the mere formalities of a medical and personal terms, the Reds have finally got their man. The signing is expected to be completed by Thursday, in time for the registration deadline so that he can go straight into the squad to play Wolves on Saturday.

This should have been done weeks ago or even back in the summer, and despite the exciting signing it does not mask another awfully incompetent transfer window. Had it been done nice and quickly, we could've focused our attentions on another area of the team - with a striker the priority - instead of kicking our heels and dragging this out until the eleventh hour.

Nonetheless, you feel he will instantly be an upgrade on what we already have (surely anyone would be) and could prove the difference between the top four and another season in the second tier Europa League. If that's the case, he'll have fully justified his fee.

United will pay an initial fee of around 55m Euros (£47m) though add ons could increase the overall cost to 80m Euro (67.6m). Capped 19 times by Portugal, Fernandes has become one of the most sought after players on the continent and will add a sprinkling of stardust to a depleted United side lacking both quantity and quality.

Fernandes joined Sporting from Sampdoria for £7.2 million in 2017 and has gone on to plunder 64 goals in 137 appearances, winning the Portuguese Cup with the club last term.

So what do we know about this player? I'll be honest - not much, as it goes. Before United's interest in him, in fact I had never heard of him. Stats can be misleading but his make for impressive reading - 32 goals and 13 assists in 50 games as a no.10 in 2018-19 and eight goals with seven assists in only 17 appearances this season. United have badly needed a creative, attacking midfielder with Juan Mata a squad player but Andreas Pereira and Jesse Lingard not fit for purpose. United don't have a great track record with January signings often struggling to settle straight away - Nemanja Vidic and Patrice Evra a case in point - so we probably won't see the best of Bruno until next season. Fans have a tendency to demand instant gratification but patience will be needed.

A free-roaming, prolific goalscoring playmaker, Fernandes' passing, vision distribution and ability to spread the play have impressed and made him the apple of United's eye. His style of play has been compared to the likes of Toni Kroos, Koke and Marek Hamsik and he was a key man as Portugal swept to the inaugural UEFA National League title last season.