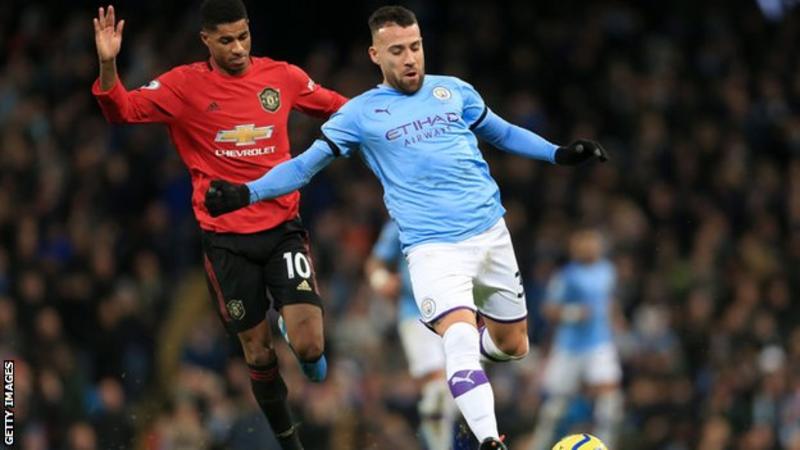 The Reds could be without Anthony Martial, Jesse Lingard, Luke Shaw and Harry Maguire as well as Scott McTominay and Paul Pogba both of whom remain sidelined. United will leave it until the last minute for the quartet to prove their fitness in our first home game of the New Year.

Axel Tuanzebe, Eric Bailly, Timothy Fosu - Mensah and Marcos Rojo are also unavailable meaning that Phil Jones and Victor Lindelof are United's only two fully fit centre-backs. Both sides fielded understrength sides in the FA Cup at the weekend with Messrs Solskjaer and Guardiola set to field their strongest possible line ups at Old Trafford. Ederson, Raheem Sterling, Kevin de Bruyne, Rodri and Fernandinho were all rested for their win over Port Vale and are set to be restored to the City team.

The visitors will have defender Nicolas Otamendi available again but is set to rest some of his key men as he bids for a third successive Carabao Cup title. The two Manchester clubs have won the EFL Cup in each of the last four seasons, with City also winning it in 2016 before United and Jose Mourinho went on to prevail the following season. The Carabao Cup remains our best chance of silverware but a depleted squad and an improved City side leaves the Reds facing an uphill battle.

United trail City by 13 points in the league but did win 2-1 at the Etihad last month in the best performance of Solskjaer's time as manager. Whilst United are clear underdogs for this tie, that victory will give the players the belief that City are beatable, and that you can come up with a plan to outgun them. That was fantastic but a two legged tie

These first legs are tough and often cagey affairs, but perhaps not in a Manchester derby where both sides have plenty of reasons to come out swinging. United need a trophy and City will be hellbent on revenge with the defence of their league title hanging by the thinnest of threads.

"In a derby its about adrenaline and atmosphere" said Solskjaer.
"Pep and City have raised the bar so much, its something to aim for. We beat them last time but they're back winning games and confident, although form goes out of the window in a derby game.
"It is a different era and a different time but that's what we and I are here for, to take on the challenges presented to us."

Prediction: United have blown hot and cold this season but are at our best against side that dominate possession. Man City usually do that so it should be a tight one. That said, we think United's injury list might take its toll and Guardiola's men to eke out a narrow, slender first leg advantage.
United 1-2 City