After Manchester United's valiant efforts in victory - but aggregate defeat - over Manchester City in midweek, we return to Premier League action against Wolves on Saturday. 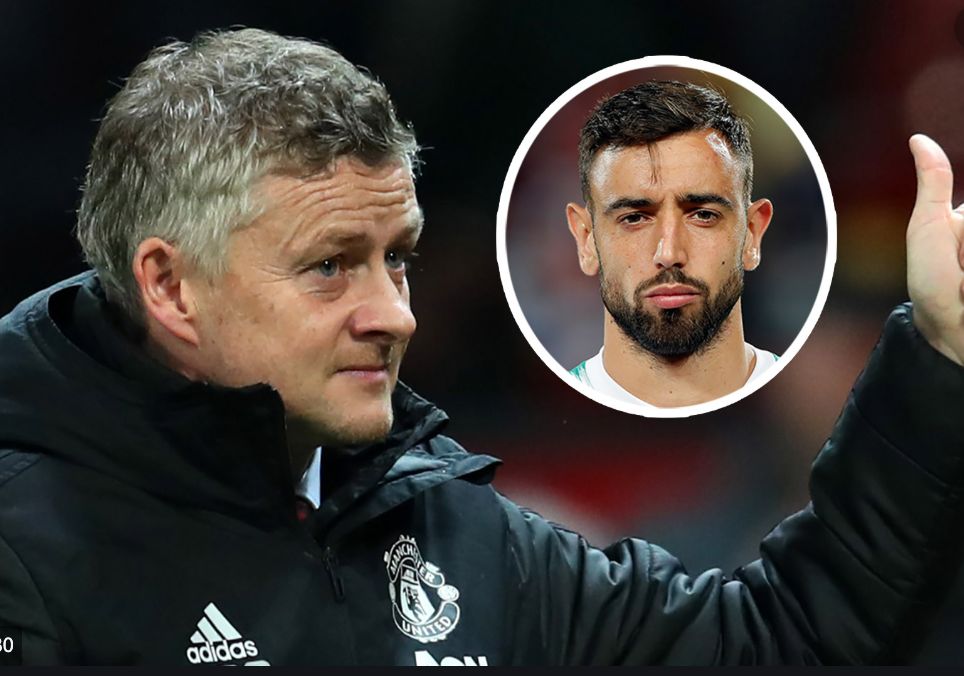 These two combatants are probably sick of the sight of each other but are very well matched with United two places above the visitors but locked together on points in the table. As we know, Wolves are a very good side with a well organised defence, two eye catching string pullers in Ruben Neves and Joao Moutinho in the middle and a combination of pace and power from an attack that can hurt you.

Ole Gunnar Solskjaer pits his wits against Nuno Espirito Santo for the sixth time in eleven months as the Old Gold make the trip to Old Trafford for a Saturday tea time kick off - but there's only one name on everyone's lips.

Having completed the signing of Bruno Fernandes on Thursday, our new number 18 will go straight into the squad against the men from Molineux.

The manager could throw his newest recruit straight into the firepit but we think it's more likely that Solskjaer will ease him into things by bringing him off the bench. Solskjaer confirmed that Fernandes will be involved in this one in some capacity, and the new man will offer United an instant upgrade on what we already have.

United's in-form midfielder Nemanja Matic serves a one game ban having been sent off against Man City, with Paul Pogba, Scott McTominay, Marcus Rashford and Axel Tuanzebe all still sidelined. Fernandes is fully fit and is set for a debut.
Bruno's compatriot Daniel Podence, yet another of Wolves Portuguese contingent, signed for £16.6m from Olympiakos and could also be handed a bow.
Wing-back Ruben Vinagre (hamstring) is out, but forward Diogo Jota and defender Willy Boly are both available again.

What a week it has been for United: a 6-0 away win, a second victory in two months at the Etihad, and the completion of one of the most expensive transfer moves Old Trafford has seen for many a year.
However, we were knocked out of the League Cup by our local rivals and there was the unsavoury incident that saw CEO Ed Woodward's house attacked. There remains the the possibility of a mass walkout here in protest over the Glazers ownership despite this being United's closest match to the 62nd anniversary of the Munich air crash.

It does, though, promised to be a tight but entertaining affair with the three previous meetings this season all very closely contested.

On the signing of Fernandes, OGS said: "We have followed him (Bruno Fernandes) for years but he has grown as a player during that time as well. More mature, more confident, more assured.
"He is a great leader of his team and even with all the speculation around him, probably every club in Europe has been linked with him, he stayed focused and has been playing fantastic for Sporting.
"It tells you everything how professional he has been and when you get to see him and meet him, he's also a fantastic human being."

These two sides meet for the fourth time in 2019-20, with both matches in the Midlands ending all square. Following a creditable 1-1 league draw at Molineux in our second game of the season, the Reds edged matters 1-0 courtesy of Juan Mata in last month's FA Cup replay win (the first tie had ended
0-0).

Wolves got a draw here in last term's corresponding fixture and beat us twice with a pair of 2-1 wins at Molineux as United's form plateaued having started like a train under Solskjaer. History suggests another tight tussle that could go either way in our final game before the first ever Premier League winter break.