Manchester United won the battle but lost the war as Pep Guardiola's City edged through to a third successive Carabao Cup final after the Reds claimed victory.
3-1 down from the first leg, it looked a big ask for United to complete another memorable comeback and we fell short despite a gusty effort and a second win at the Etihad in six weeks. 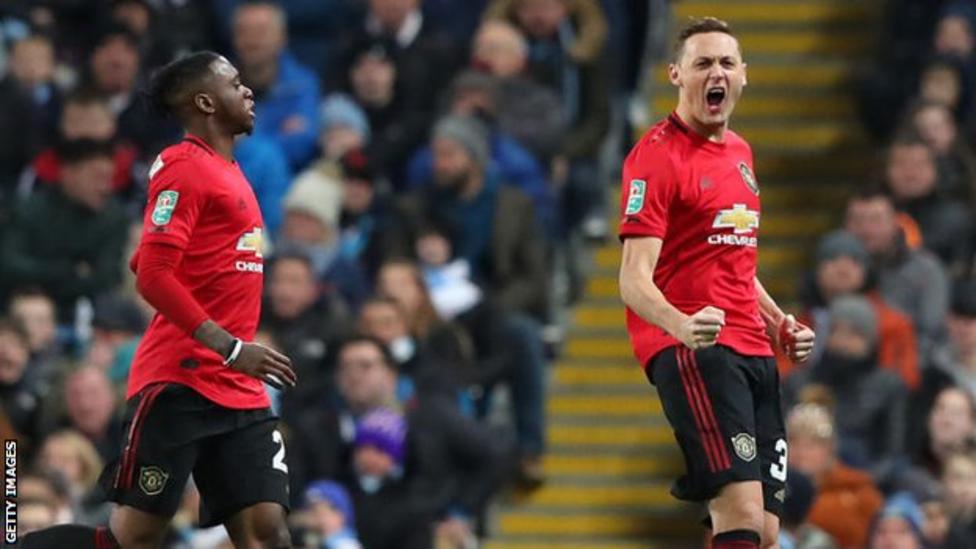 In truth, though, that abject opening half an hour at our place across the city came back to haunt United and proved pivotal. The tie was lost at Old Trafford. But going to the Etihad and winning despite that deficit shows we did something right and Ole Gunnar Solskjaer should be proud of the team despite going out. Over the 180 minutes of the tie, City probably just about deserved to go through to the final, where they will face Aston Villa at Wembley on March 1 as they bid for a seventh League Cup title. United became only the second team to stop Man City scoring on their own turf and the first side to beat City in any cup competition since Wigan in the 2017-18 season.

Ultimately, Solskjaer and his side left themselves with too much to do even after Nemanja Matic's volleyed winner ten minutes before the break.  United had created little in open play but City could only half-clear a Fred free-kick and the Serbian swept in a volley beyond Claudio Bravo.

Matic was later sent off for two bookings and the Reds last chance saw Fred put a free-kick into the wall when the dead ball situation was crying out for substitute Juan Mata.
Leading 3-1 from the Old Trafford match, holders City pushed forward and looked to put the tie beyond any lingering doubt but could find no way past an inspired David de Gea. United's keeper was back to his impervious best as he saved from Raheem Sterling, Sergio Aguero and Riyad Mahrez in a frantic opening 20 minutes.
Bernardo Silva flashed a shot wide whilst Bravo saved well from the otherwise quiet Anthony Martial at the other end.
Sterling had a goal disallowed for offside and Ilkay Gundogan went close from distance as the chances kept coming - and going - for Guardiola's side.
The first goal was crucial and it was United that got it as Matic capped his superb individual performance with a volleyed finish from close range after City failed to deal with a Fred free-kick. That meant there was suddenly an air of nervousness around the Etihad with the tie back in the balance and the Reds one goal away from restoring aggregate parity.

Harry Maguire went close with a header and Matic fired wide with a 20 yarder, but City continued to carve out chances of their own.
Sterling had an opportunity to settle his side's nerves and restore the two-goal advantage when he burst clear in the second half, only to blaze his effort wildly over the crossbar. Sterling has failed to score in 2020.

More profligacy followed, notably when substitute David Silva opted to pick out Gundogan instead of pulling the trigger with only De Gea to beat. It was only when Matic was sent off for his second yellow card, after fouling Gundogan on the halfway line after an earlier offence on Mahrez had earned him a booking. As the game entered the last half hour, United were still in the tie and looking to punish City for their profligacy.
Aguero had another strike correctly chalked off by the linesman, before United's big moment came. With time running out and having thrown men forwards, captain Maguire was scythed down by Nicolas Otamendi in a hugely promising position on the edge of the 'D'. With all eyes on set-piece specialist Mata, Fred instead took responsibility for the set piece but could only blast in into the wall.
That was the last chance for either side as the Reds ran out winners on the night but, sadly, not in the tie.

Overall team performance: 6/10
United Faithful Man of the Match: David de Gea. Equal to everything City could throw at him

Posted by United Faithful at 02:26