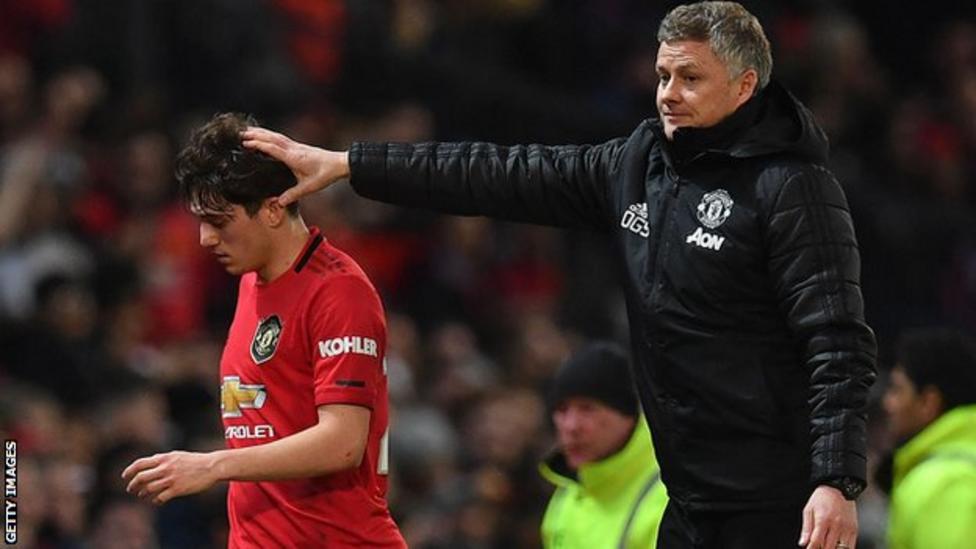 Pep Guardiola's Blues seized a commanding if not quite unassailable advantage with victory at Old Trafford in the first leg of the Carabao Cup semi final.

City raced into a 3-0 half time lead through Bernardo Silva, Riyad Mahrez and an Andreas Pereira own goal before Marcus Rashford gave United a glimmer of hope ahead of the second leg at the Etihad later this month.
Still smarting form defeat on home soil at the hands of Ole Gunnar Solskjaer's Reds, Guardiola threw a curveball with his team selection as he picked a strikerless 4-4-2 with Kevin de Bruyne and Bernardo Silva the furthest players forward.

It was the latter who put City ahead after 17 minutes as he collected the ball from Rodri and arrowed a superb strike beyond David de Gea and in from distance.
Two goals in five minutes just beyond the half hour mark then stretched City's advantage further. Mahrez rounded De Gea and rolled in after a slip from the unfortunate Victor Lindelof, and - with United chasing shadows - it was soon 3-0.
City turned the counter-attacking tables on the Reds as they sprung away from deep. De Bruyne twisted Phil Jones inside and out before he saw his shot saved by De Gea, only for the ball to ricochet in off Pereira.

United improved once Nemanja Matic replaced the hapless Jesse Lingard at the pause and Rashford's late goal at least restored a semblance of pride. For once careless in possession, City squandered the ball and allowed Mason Greenwood to feed his compatriot and Rashford ran through to score - his fourth goal in a Manchester derby.
It will give Solskjaer's side hope that a second leg comeback, however improbable, is not beyond the realms of possibility.
United never threatened to deny City a famous, well-deserved win however and United are left with a huge task if we are to prevent the neighbours from reaching a third successive final and a fourth in five years.

In truth, it could have been worse had De Gea not been at his to twice deny Raheem Sterling and then substitute Gabriel Jesus late on.
Fred went close from distance and substitute Angel Gomes flashed a shot wide, but otherwise City keeper Claudio Bravo was rarely troubled.

United started strongly but didn't test the City backline and the wind was sucked out of the proverbial sails when Bernardo let fly with a 25 yarder that left De Gea stranded and the Stretford End stunned into silence.

The Reds had ripped City to pieces in the opening half of the league encounter at the Etihad but, this time, it was our opponents who did so as their quality and invention shone through.
The second goal came after 33 minutes when Benjamin Mendy thumped the ball up field, Lindelof slipped as Bernardo threaded the ball through and Mahrez skipped around DDG for 2-0.

City were rampant and moved further ahead as despite Brandon Williams lung-busting efforts, the ball went to De Bruyne, his shot was saved by DDG and went in off Pereira.

Rashford was off target with a free-kick as, to our credit, United responded to City's first half blitzkrieg.
Solskjaer threw on Anthony Martial to try and give us more than a fighting chance but there was to be no further action, leaving us with a massive uphill struggle.

Posted by United Faithful at 10:27