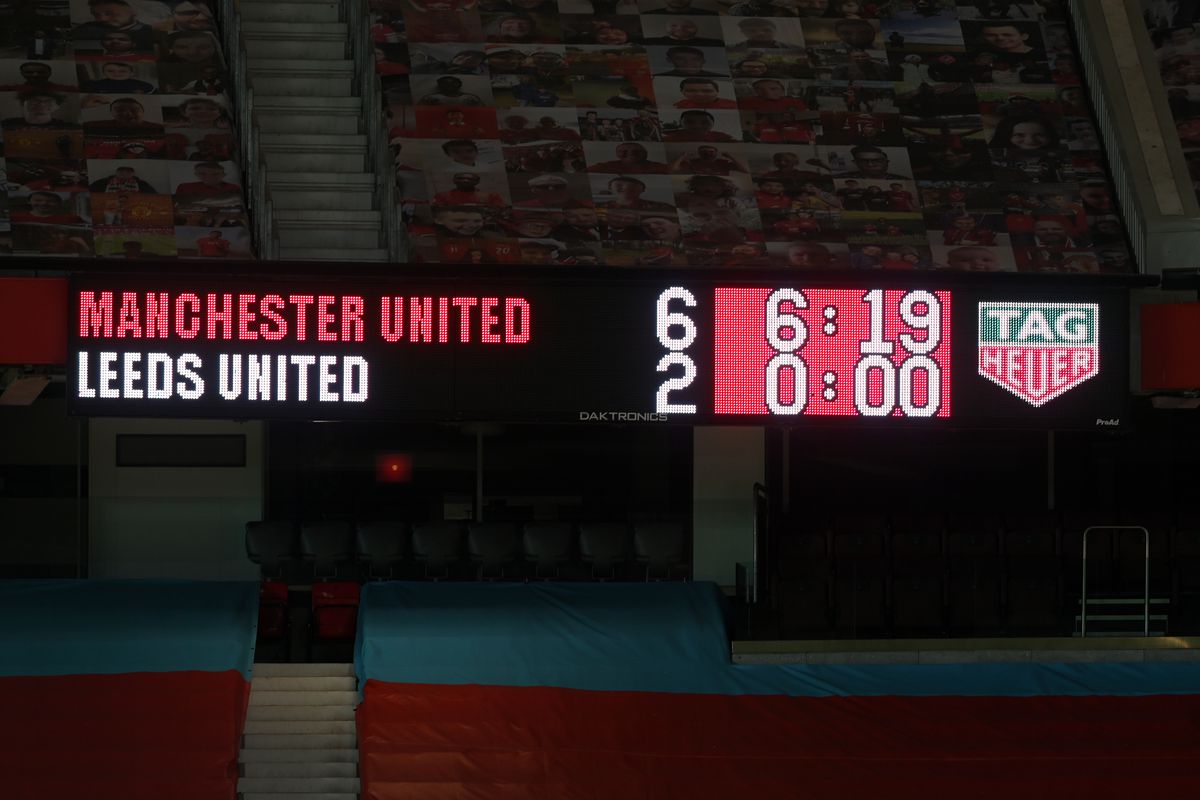 A Scott McTominay inspired Manchester United stormed into third place in the Premier League with a clinical six star demolition of old rivals Leeds.
McTominay scored twice inside the first five minutes and claimed a further two assists as a brace from Bruno Fernandes, a Dan James breakaway and a rare Victor Lindelof strike completed the rout in the first league meeting between the two Uniteds in sixteen years.

To their credit, Marcelo Bielsa's newly promoted side more than played their part in a Christmas cracker, but the hard-working visitors were ultimately undone by their porous defence.
This "War of the Roses" derby had not been played at league level since 2004 and with both sides focused on attacking intent, it was always felt this would be a thriller - yet nobody would have expected this stunning, rip-roaring and wildly fluctuating contest.

McTominay thumped in a wonderful finish after 67 seconds as he latched on to a Bruno Fernandes pass and caressed a 25-yarder beyond Illan Meslier. The Reds, in stark contrast to many of their games this season, had started at breakneck speed. With Leeds on the ropes and reeling, Ole Gunnar Solskjaer's side struck again only seconds later.
Anthony Martial found McTominay, the Scottish international burst into the box with a step-over and powered the ball beyond the Leeds keeper with a second touch. In doing so, McTominay created a unique piece of history as he became the first player ever to score twice in the first three minutes of a Premier League game. Incidentally,
McTominay was also the first man to hit a brace in a league game with Leeds since a certain chap by the name of Solskjaer in 2002... whatever happened to him?

Patrick Bamford went close and then had a goal ruled out for offside in a strong riposte from the Yorkshire visitors. Just when it seemed as though Leeds had gained a foothold, though, United ripped them apart on the counter attack and moved 3-0 ahead inside the opening 20 minutes. Former Leeds target Dan James - a surprise inclusion in Solskjaer's line up - began the move on halfway and he, in turn moved the ball on to Fernandes. The Portuguese maestro flicked on to Fred, Martial burst clear and fired in an effort but the loose ball fell to the onrushing Fernandes and he placed the ball across Meslier to leave the United players, staff, officials and fans quite unable to believe what they were seeing.

Against any other team in the division - surely even Liverpool - a 3-0 lead would be enough to see you home and dry. But Bielsa's men have a reputation for being never-say-die workaholics with a penchant for the unexpected, so even in the face of an unrelenting onslaught from the Reds, you always felt Leeds were capable of a United-esque comeback. 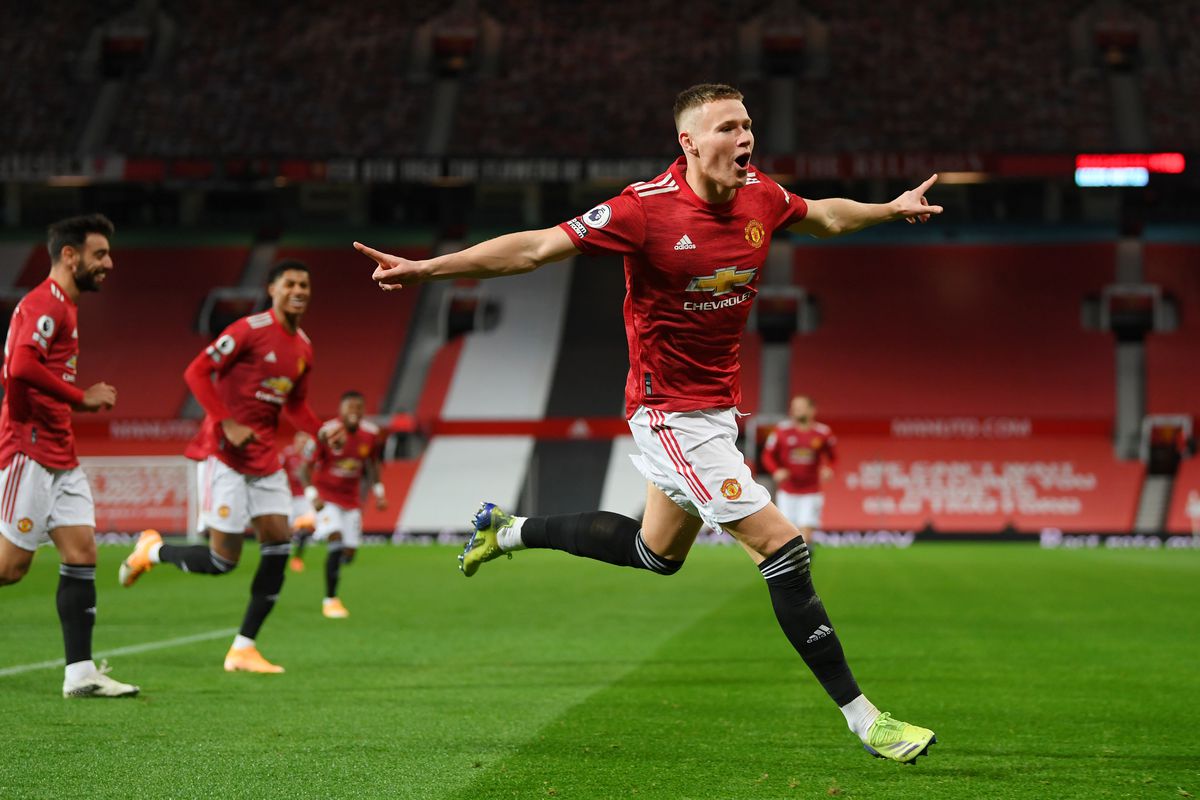 But the hosts were in no mood for a let up and put the game beyond any lingering doubt on 37 minutes when Lindelof turned the ball home from a Martial flag-kick.

On a weekend when Liverpool won 7-0, Leeds were heading for similar as the Reds ran riot, but - to their credit - they managed to grab a consolation on 41 minutes when captain Liam Cooper nodded in an inswinging Raphinha corner.

David de Gea saved superbly from the same player as he pushed Raphinha's effort on to a post, and Martial went close to a fifth at the other end as this brilliantly bonkers bonanza continued to ebb and flow magnificently.
But another goal was not long in coming as McTominay, on a hat-trick, this time turned provider. Collecting the ball from deep, the Scot shimmied beyond his marker and turned another, laying the ball off to James who took the ball in his stride. The young Welshman advanced on goal and fired in a 20-yard effort under Meslier - whom should have done better - for his first league goal of the season.

Fernandes made it 6-1 with a trademark penalty in the 70th minute after Martial was scythed down, but - incredibly - there was still more to come. Leeds continued to press with remarkable energy and pilfered another consolation through the excellent Dallas, as the full-back advanced and slammed a stunner beyond the despairing De Gea.

Edinson Cavani headed over and Meslier saved from another sub, Donny van de Beek, whilst Jack Harrison missed a sitter at the other end.

Rodrigo was denied by De Gea in the final moments of a crazy game, but even a late injury to hero of the hour McTominay did little to dampen Red spirits. What a win! Solskjaer's side travel to Everton for their final pre-Christmas fixture in midweek.