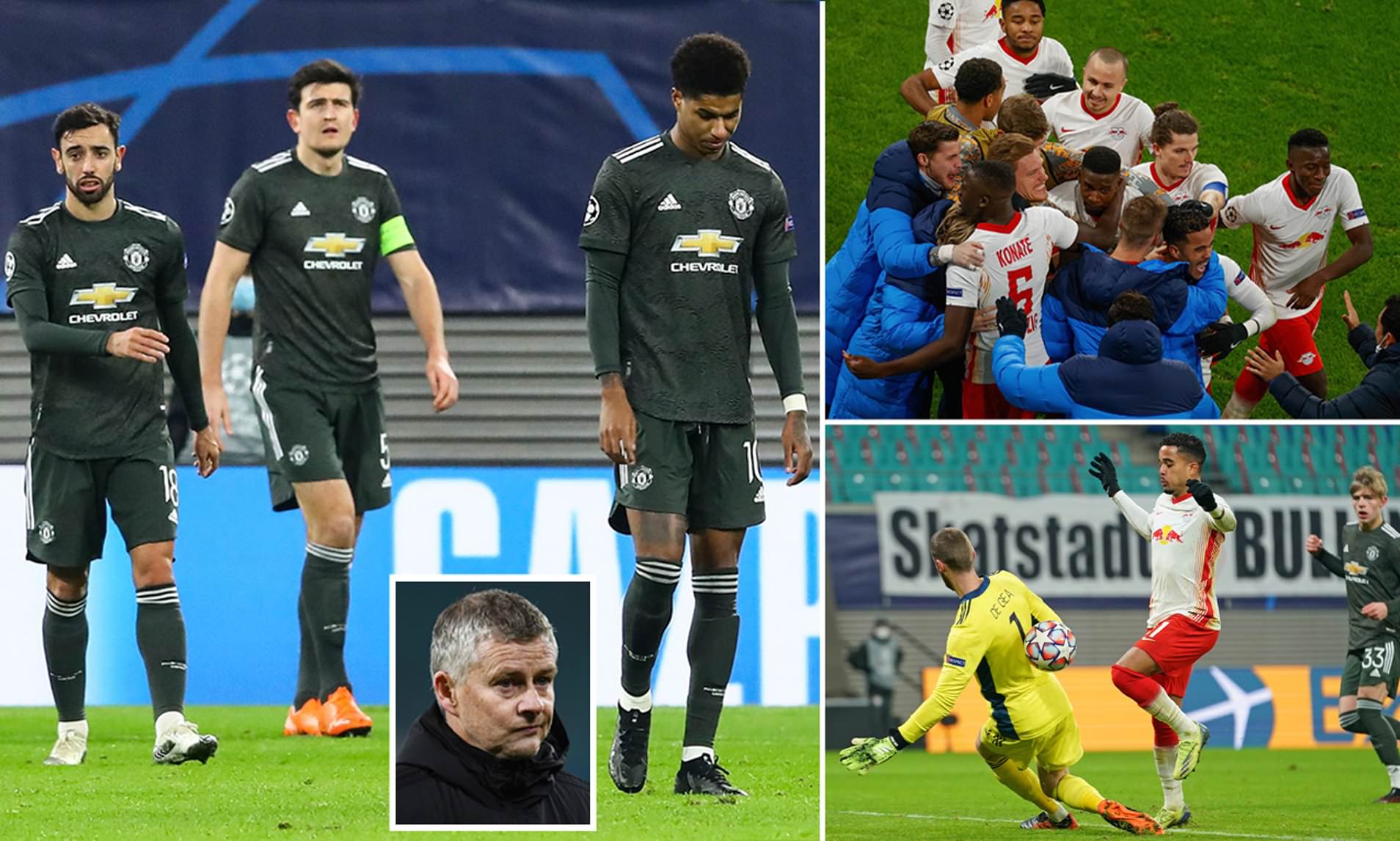 Manchester United are out of the Champions League after falling short in Germany despite a stirring late fightback.
Ole Gunnar Solskjaer's side only needed a point to progress but will return to the Europa League after RB Leipzig sealed qualification to the last 16 along with PSG.

The Reds had taken control of the competition's group of death with superb tactical victories over PSG and Julian Nagelsmann's title-chasing energy drink. Defeat in Istanbul had looked a mere blip but the team have been wanting when it mattered.

The Reds faced an uphill struggle as Leipzig - needing victoy - raced into a 2-0 lead after only 13 minutes as Man City loanee Angelino and then Amadou Haidara put Nagelsmann's side in control. Justin Kluivert, son of the great Dutchman Patrick, looked to dealt the hammer blow as he nipped in to score the third with 21 minutes to play.

To their credit, United refused to exit with a whimper and set up a grandstand finish through Bruno Fernandes and a deflected Harry Maguire header but it ultimately proved too little too late. United almost snatched a dramatic equaliser that would have put them through, but in truth Leipzig fully merited their victory.

Bereft of strikers Edinson Cavani and Anthony Martial, Solskjaer deployed a three at the back system with Aaron Wan - Bissaka and Alex Telles as wing-backs with the returning Luke Shaw as a third centre-back alongside Harry Maguire and Victor Lindelof.

The intention was clear: even though the Reds only needed a draw, victory was the aim but Leipzig took the crucial early lead they needed after only 90 seconds.
A curling crossfield ball from Marcel Sabitzer cut out the entire United defence and found Angelino, who took the ball in his stride and rifled a shot beyond the diving David de Gea.

Greenwood was denied by former Premier League keeper Peter Gulacsi, but United fell further behind from Leipzig's very next attack.
Angelino this time turned provider as he picked out Haidara and the Malian thumped home a volley to
leave Solskjaer's side reeling and shell-shocked.

Emil Forsberg fired wide and captain Sabitzer headed over before Willi Orban thought he had put the tie beyond doubt, only for the Reds to be rescued by the linesman. The Leipzig man had clearly strayed into an offside position in tapping home the rebound after Ibrahima Konate had headed off a post.

Rashford saw an effort blocked shortly before the break, which saw Donny van de Beek introduced for Alex Telles as United changed to four at the back.
Fernandes flashed across the face for a much improved United, and the Portuguese then saw his well-struck effort saved superbly by Gulacsi.
The playmaker was the only man making things happen for the Reds and went close again when he rattled the crossbar with a free-kick on 65 minutes.

Just as the Reds were starting to look a threat, Leipzig put the game beyond reach three minutes later.
Angelino was involved again as his deflected effort found its way to Kluivert, who lobbed De Gea from close range.

With time running out and all hope seemingly lost, United were handed the slimmest of lifelines when Greenwood was sent sprawling and Fernandes made no mistak from the spot - ten minutes, two goals needed.
Two minutes later, improbably, the comeback seemed well and truly on as substitute Paul Pogba's header struck Maguire, deflected off Konate and looped in beyond Gulacsi. We couldn't, could we...

Rashford flashed wide and United came within inches of an incredible comeback when Pogba's cross was almost inadvertently turned into his own net by Nordi Mukiele, only for Gulacsi to stick out his foot.

Fernandes went close from distance as United laid siege in the closing stages, but we left ourselves with too much to do.