United went sixth in the Premier League after Marcus Rashford scored twice in another harum-scarum thriller at Bramall Lane.
The Reds recovered from a poor start against struggling Sheffield United to record a tenth successive away win and maintain their habit of nail-biting, erratic climb-off-the-canvas victories. Whilst Ole Gunnar Solskjaer's side boast a proud 100% record away record, we have fallen behind each time before fighting back to do it the hard way. Things proved no different here. 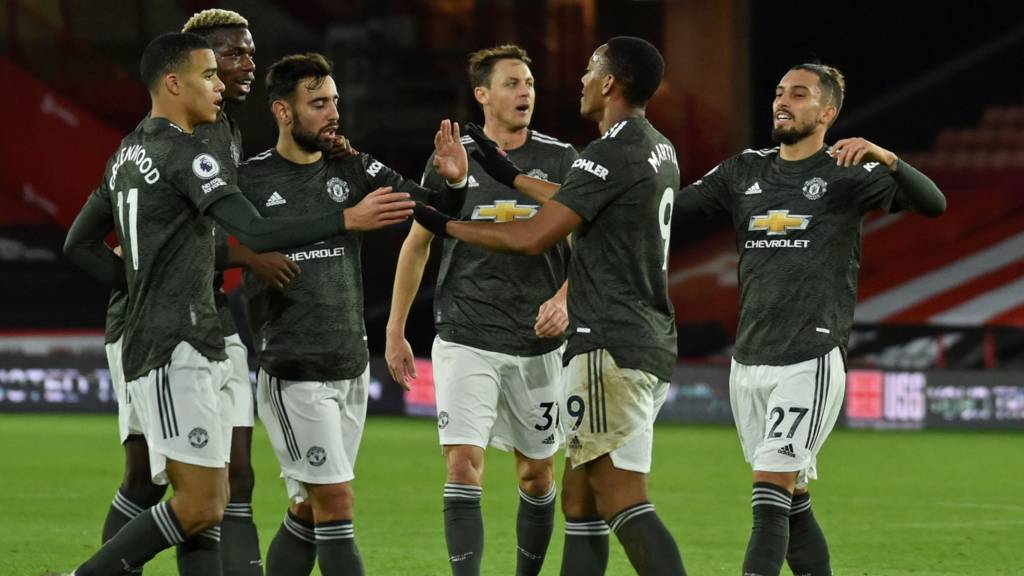 The result lifted United to within five points of the Premier League table and into sixth with a game in hand whilst Chris Wilder's blunted Blades remain rooted to the foot of the standings with a solitary point from 13 games.

Despite their lowly league position, Sheffield United stunned their more illustrious namesakes as they went ahead after 81 seconds, albeit through a large helping hand from a man they know well.
Dean Henderson, on his second league start, spent two seasons on loan at Bramall Lane but was badly at fault for the opener when he dallied on a Harry Maguire back-pass and was robbed by Oliver Burke. The ball was knocked back to David McGoldrick and the striker had a simple finish into an empty net from five yards.

John Fleck flashed a shot inches wide before the hamstrung Sander Berge was replaced by veteran defender Phil Jagielka.
Solskjaer's side finally sparked into life as Rashford linked with Bruno Fernandes and the former went close from distance with a drive.
Sheffield failed to heed those warnings, however, and Rashford would gobble up his second chance on 26 minutes. The in-form striker latched on to a raking Victor Lindelof pass and pulled the ball down with immaculate control before he thumped the ball beyond the despairing Aaron Ramsdale to bring the Reds level.

That seemed to rouse United and we had turned the deficit into an advantage within five minutes for a goal made in France. Paul Pogba may have attracted unwanted headlines but was at the heart of things here as his defence-splitting pass found fellow Frenchman Anthony Martial and put his one-on-one with Ramsdale.
The mercurial forward nicked the ball beyond the advancing keeper and flicked the ball home to end his goal drought for his first of the season in the league.
Mason Greenwood fired wide and Rashford also went close as the Reds fluid, interchanging attack looked threatening every time they went forward.

The Reds continued where they had left off after the interval as Rashford nutmegged substitute Jagielka and, after a stunning solo run, Greenwood had an effort blocked. 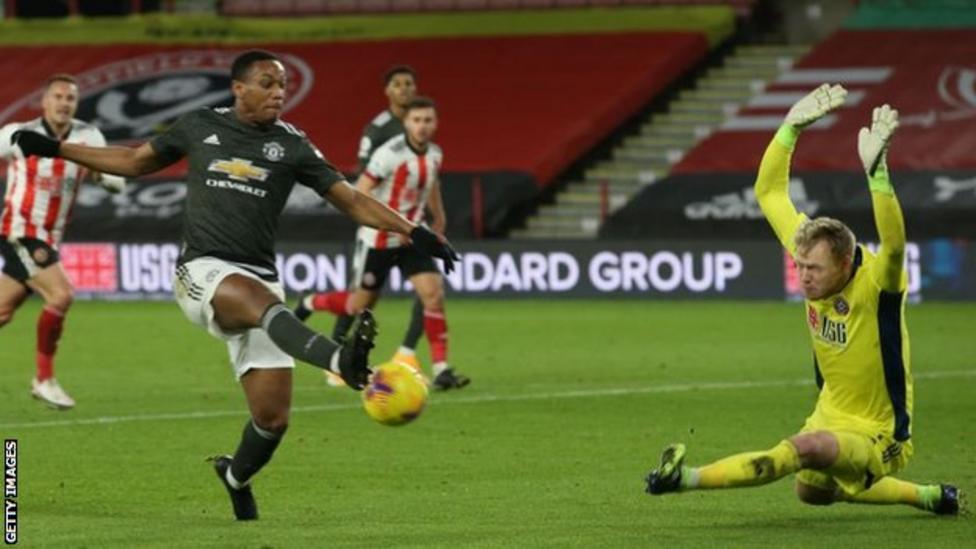 United's no.10 finished the job himself six minutes into the second half after more excellent work from the mercurial Pogba. The World Cup winner started the move deep in midfield and found Fernandes, whom in turn moved the ball on to Greenwood. The teenager had too much for the ageing Jagielka and was scythed down, but the referee played advantage as Fernandes moved the ball on to Martial and he in turn cut the ball back for the onrushing Rashford to fire home a finish under Ramsdale.

For the sixth league game in a row, the Reds had come from behind to win, scoring at least three goals in the process.
That appeared to have put the result beyond doubt with 25 minutes remaining as defender Callum Robinson blocked from Martial, ex-Blade Harry Maguire was also thwarted and United sub Juan Mata was denied by Ramsdale on the counter attack.

The match appeared to be drifting to a benign conclusion, but United never do things easily and were made to hang on for the win as Sheffield threatened an unlikely late fightback.
When a Blades corner was swung in, Lindelof got a touch on the ball only to see his header hit McGoldrick and loop beyond the unsighted Henderson on 87 minutes.

It set up a frantic finale few had seen coming, with Henderson called into action within moments to preserve the Reds increasingly slender lead.
The United stopper pawed away substitute Lys Mousset's well-struck drive and Maguire cleared under pressure late on as the Reds repelled an unlikely late charge from the winless hosts.

Solskjaer's side deserved the win, though, and held out for a record-extending tenth consecutive win on the road ahead of the Old Trafford visit of Leeds on Sunday.