It remains to be seen whether United are genuine title contenders, but what cannot be disputed is that we once again stand 90 minutes from a first cup final since 2018 in a bid for a sixth League Cup triumph. 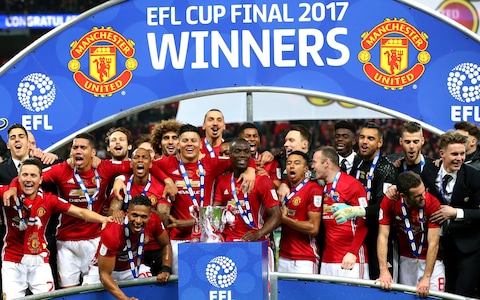 It's the fourth time United have reached a cup semi final under Solskjaer, but we are yet to win one. The Reds suffered an unwanted hat-trick of last four losses last term as Guardiola's side prevailed 3-2 on aggregate in this competition en route to a third consecutive League Cup triumph at Wembley.
Then came the FA Cup defeat to Chelsea at an error-strewn David de Gea horror show cost United dear - a much changed Reds side went down 3-1 and froze on the big occasion. Most gut-wrenching of all, United were beaten 2-1 by Sevilla in the Europa League despite a dominant showing, as the eventual winners dealt us a late KO in the closing stages of the semi-final.

You must be doing something right to repeatedly reach that stage, but to lose one semi final is perhaps unfortunate. To lose two, careless. But three? That's unforgivable. There's something amiss when you have three chances to make a major final but fail each time. Most clubs would settle for a top three finish and the last four of both domestic cups and a major European tournament. But we are not 'most clubs' - we're a club that thrives on winning trophies, and - having not done so since 2017 - we badly need to break this jinx. As captain Harry Maguire said after the Goodison Park victory, the Reds need to start winning these big games. The irony is, United have been good in such occasions under Solskjaer but yet have so far fallen short with silverware at stake. Simply getting to the semi-finals isn't enough when you're Manchester United. After several near misses, Solskjaer needs a statement victory, a trophy lift, a tangible demonstration of progress. This has to be our moment.

After missing out last term, Solskjaer's men will be determined to go one better this time. For Solskjaer himself, the challenge of progressing beyond this stage for the first time and demonstrating just what he's learned will be gleefully embraced. He will relish the fact that Manchester City stand in our way as United look to lift their own jinx and simultaneously end City's three-season stranglehold on this trophy.  The Reds were the last different winners when we beat Southampton with a late Zlatan header to prevail 3-2 in a superbly see-sawing final at Wembley under a certain Mr Mourinho.

Over the two legs of last season's semi, you always felt City would have a bit too much for a pre-Bruno Fernandes United side. The Reds were outclassed at Old Trafford in the first legs and, despite a gutsy effort, simply left ourselves with too much to do.

This time, though, circumstance favours us. This season's semi-finals have been reduced to a single game instead of the traditional two-legged tie, due to the pandemic-enforced fixture congestion. United have a much better chance against City in a one-off tie rather than over two as our counter-attacking and high press style is more sustainable in a 90-minute ding dong rather than a 180-minute chess match. Having said that, the tie will be played at Old Trafford where United have been disappointing. The rout of Leeds may prove a turning point in that regard but - given our sensational form away from home - United may have wanted the fixture to be played at the Etihad.

Solskjaer has beaten Guardiola three times in six meetings, with the Catalan winning two plus one draw - the last meeting between the sides at Old Trafford twelve days ago. Bring it on!