United in the mix for most unpredictable title in years

On the eve of Manchester United's final fixture of a year like no other, Ole Gunnar Solskjaer's side are firmly in the mix.
2020 has been an extraordinary year - a year that no one will want to remember but one we will never forget. Lockdowns, Netflix, masks, sanitiser, Zoom meetings and a time spent adrift and isolated from those we hold dear. There was a time when we didn't even have the spectacle of sport to keep us going in these difficult and dangerous times. As the old saying goes, you often don't truly realise what you had until it's gone. Matches have continued to be played behind closed doors and it simply isn't the same, but it's better than nothing at all. 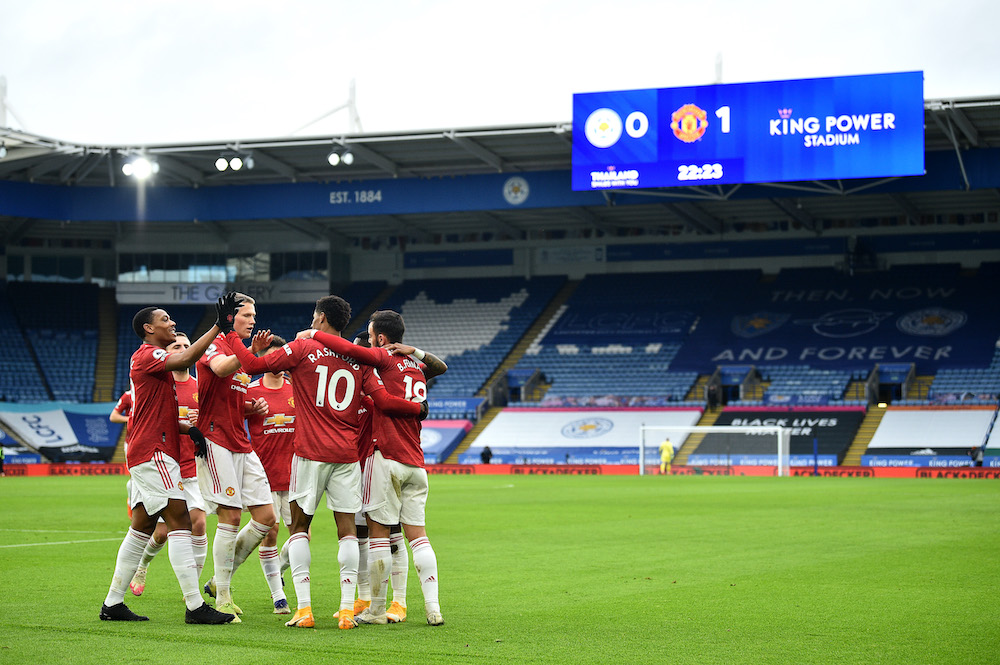 It is perhaps fitting that, against this backdrop, we are witnessing the most unpredictable Premier League season many of us have ever seen. Liverpool may lead the way at the moment, but Jurgen Klopp's side have been far from infallible and, where they romped to the title in record fashion last term, it's a totally different story this time. Almost halfway through the season, you could throw a blanket over the chasing pack with ten points separating Klopp's men from tenth-placed West Ham United.

Not since 2015-16 has the league seen a campaign of such wildly fluctuating fortunes. That was, of course, the year when Leicester City, 5,000/1 outsiders, stunned the world with the greatest giant-killing upset of all time. Claudio Ranieri's side won the league by ten points, with Arsenal and Spurs separated by only a point and United five points further back. Louis van Gaal's side were pipped to fourth by Manchester City and outgoing manager Manuel Pellegrini with Southampton sixth and West Ham seventh. It may seem hard to believe now, but Liverpool, with the newly-appointed Klopp, finished eighth and defending champions Chelsea were tenth - at that point, the worst ever performance by defending champions. There were only sixteen points between them and United. But even these bizarre string of surprises, that strange, seemingly once in a lifetime turn of events, have been rendered almost irrelevant.
The 2020-21 campaign didn't feel like a new season, more simply a continuation of the old one, a campaign with no pre-season brought about by the short turnaround time after lockdown. Teams with a lack of preparation, no fans and perhaps therefore less pressure, with a game every few days, all contributed to a season that no one could predict.
There have been some crazy scorelines - Aston Villa's 7-2 win over Liverpool, United 1-6 Spurs (both results came on the same day), Spurs 3-3 West Ham, a six goal thriller with the same result between West Brom and Chelsea, Villa 3-4 Southampton, Liverpool putting seven past Palace, United 6-2 Leeds and Arsenal's struggles. Relegation-threatened West Brom have gone to last term's top two and pilfered two draws. There was no goalless game until the 47th match and the champions have already dropped three points more after 15 games than in the entirety of 2019-20. 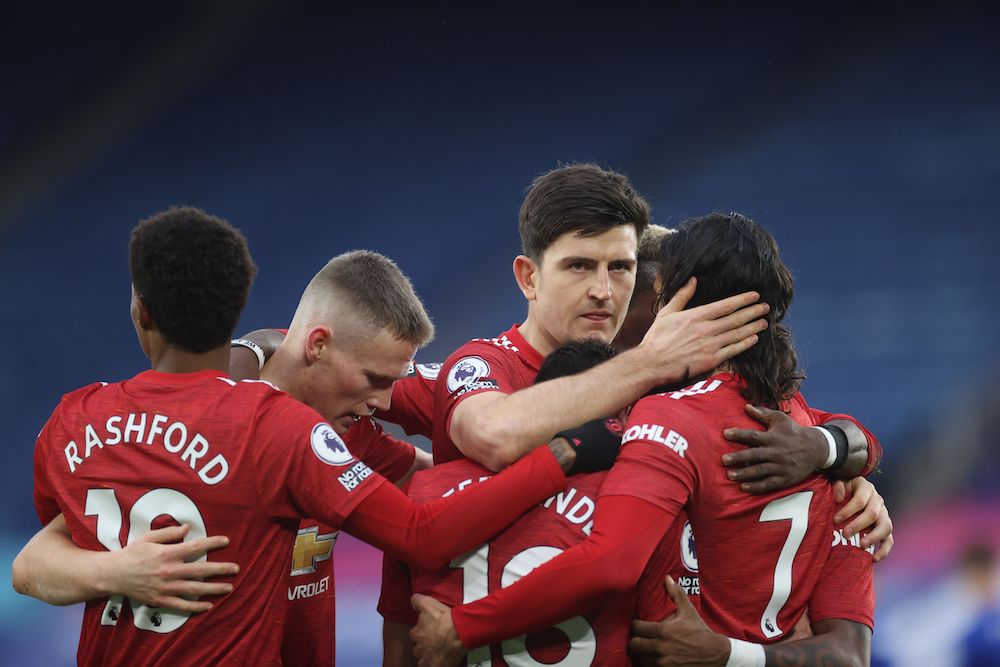 Ole Gunnar Solskjaer's United had their worst home start for almost 50 years, with three defeats, two draws and two wins from the first seven matches at Old Trafford - undoubtedly an effect of having no fans in with Salford in tier three.
Yet despite that poor start, Solskjaer's side are the closest we have been to the top since we last the thing, in 2012-13. Five points behind leaders Liverpool with a game in hand and an unbeaten away record, Solskjaer has gone where David Moyes, Louis van Gaal and Jose Mourinho failed to go and got United into the thick of a genuine title tussle upon the turn of the year. The Reds may be harum-scarum with a defensive blueprint that would bring Alan Hansen out in a cold sweat but at least we're watching through our fingers instead of falling asleep.
I don't think Manchester United will win it - we're too inconsistent and too leaky at the back - and the cream rises to the top after 38 games. You would put Liverpool and Man City ahead of us at present, but no one has taken control of this league yet in the way the former did last term. By hook or by crook, United have a chance - albeit an outside one - of title number 21, at the halfway stage of the season.
For as good as our attacking play has been, United's defensive frailties have undermined their season. You don't win titles if you can't defend and the porous back-line remains the Reds Achilles heel. We've conceded 23 goals, the most of any side in the top half, and only three fewer than winless, rock bottom Sheffield United. This side still has holes in it, and to remedy that, United need to make at least one, if not two, top quality centre-back signings in January. Only then will the green shoots of promise come sprouting to the surface.
Posted by United Faithful at 09:29
Labels: features, opinion