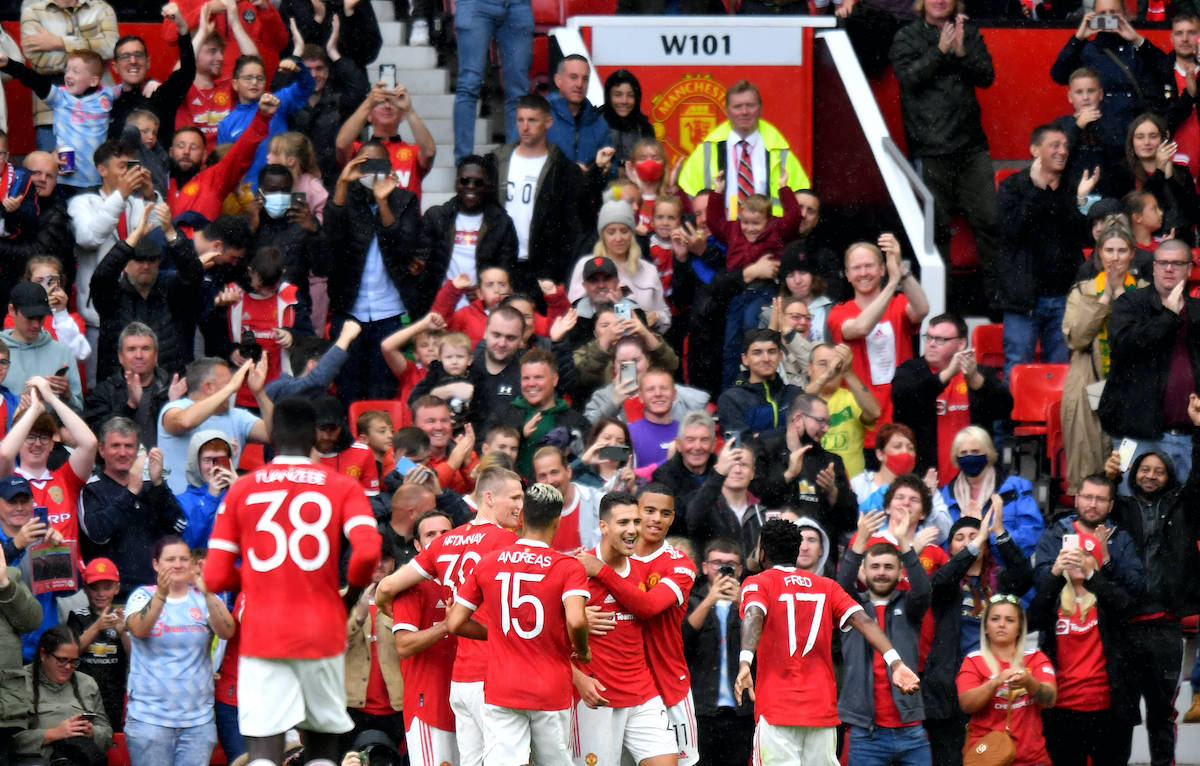 It's early August and just like clockwork its that time again as the new 2021-22 Premier League season gets underway on Friday.

We only have to wait until Saturday lunchtime before the long awaited return to action of Ole Gunnar Solskjaer's tricky, piss boiling, showtime Reds. For the first time in 520 days, United will run out to be greeted by a capacity crowd at an expectant Old Trafford in the biggest crowd the famous old ground has had since Scott McTominay's red letter day in the Manchester derby with mass gatherings legal again and no restrictions on crowd numbers.
Newly promoted Brentford host London rivals Arsenal in the first top flight match of the new season before Old Trafford opens its door again to a full compliment of fans.

As if that in itself wasn't enough to set pulses racing, the identity of the opening day opposition certainly will as the purists favourites - Marcelo Bielsa's eye-catching Leeds side - make the 48-mile journey across the Pennines for the 112th instalment of one of English football's fiercest, most storied rivalries. Solskjaer will want to ensure a better start this time, after he resided over a poor beginning to 2020-21 in which United picked up only seven points from the first six games.

The Elland Road club took the league by storm on their return to the top flight last season but have bolstered their ranks in an attempt to avoid the threat of the dreaded "second season syndrome" - the unwritten rule in which promoted clubs dip significantly in their second year having survived with ease first time around (see: Sheffield United). Junior Firpo has arrived from Barcelona, Jack Harrison has made his loan move permanent and teenage winger Amari Miller has come in from Birmingham as they aim to kick on from last term's impressive ninth place.

It's worth noting that probably United's best performance of the season came in the corresponding fixture last term as Bielsa's side were blown away by a swashbuckling showing from the rampant Reds to the tune of a 6-2 thumping.

Speaking of which, there can only be one outcome if Solskjaer and his side are to improve on our 2020-21 showing. The Reds have finished third and second in the affable gaffer's two full seasons at the wheel so only the title can continue that upward trajectory. Finishing narrowly behind Manchester City is one thing, and you feel it might be this team's zenith, but taking the final step to usurp them is easier said than done.

But the Reds, too, look - on paper at least - a stronger and better balance proposition this time around. We've finally filled the Cristiano Ronaldo shaped hole on the right wing - twelve years on from the Portuguese's departure - with the 73m arrival of Jadon Sancho from Borussia Dortmund, ending the Reds long running pursuit of the highly rated young wideman. Sancho hasn't featured at all during pre-season and a lack of match fitness could mean he's eased into things on his debut so don't be surprised to see him on the bench for this one.

The same can be said for our other newest recruit. As I write this on Wednesday afternoon, Raphael Varane is yet to be officially unveiled as a Manchester United player. The centre-back - signed from Real Madrid for the bargain price of 43m - underwent his medical on Tuesday at Carrington with the signing set to be completed and announced on Thursday. Champions League Varane would need to be registered later that day to be available for Leeds but - like Sancho - hasn't played a minute of pre-season and carries the risk of being undercooked going into the campaign opener with no competitive football in two months. If there's one team you don't want to face with a lack of sharpness, it is Leeds.

So it wouldn't be a total surprise if Solskjaer gave him an extra week to prepare, with Victor Lindelof to partner the fit again Harry Maguire at the back for the visit of Bielsa's team.
Marcus Rashford (shoulder) is out until October with Edinson Cavani also unlikely to feature as the Uruguayan hitman could need to quarantine following a late return from his South American holiday. Alex Telles is a long term absentee, Jesse Lingard tested positive for Covid whilst Eric Bailly and Amad Diallo have only just returned from Tokyo having represented Ivory Coast at the Olympics.

Nemanja Matic impressed in our final friendly against Everton to stake his claim for a start, a match in which Anthony Martial returned having been out since March. In the absence of Rashford and Cavani, the mercurial Frenchman could be selected to lead the line. Dean Henderson missed the entirety of pre-season after his positive Covid test, so David de Gea is expected to be named in goal.