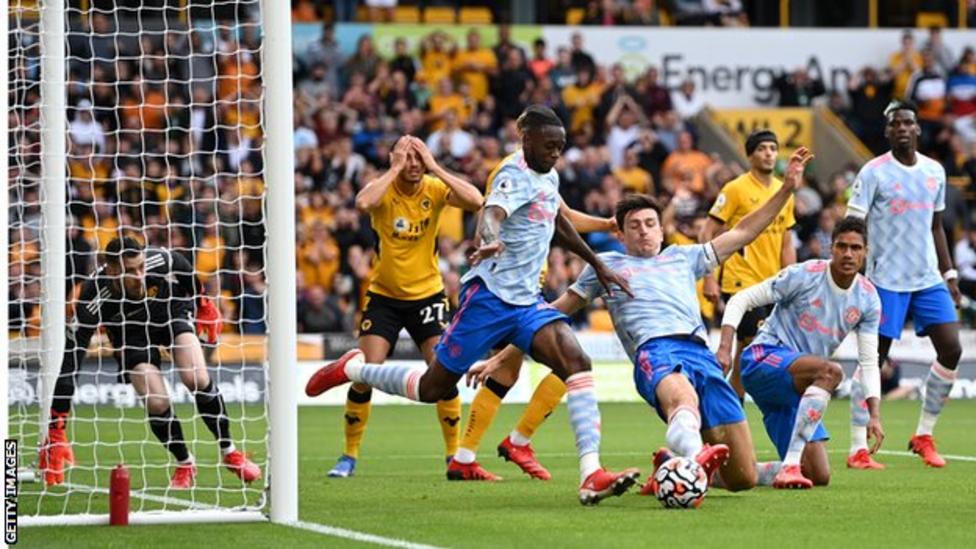 A late Mason Greenwood winner punished Wolves for their profligacy as Ole Gunnar Solskjaer's side set a new record of 28 league away games unbeaten.
It was the ultimate smash and grab raid for the Reds as Bruno Lage's men were dominant for long periods and should have been out of sight by half time having missed chance after chance with United indebted to David de Gea.
But Greenwood popped up ten minutes from the end - having been set up the colossal Raphael Varane - to send United into the international break with two wins from three, four points better off now than at this stage last season.

Speaking of records, United are unbeaten away from home since January 2020 at Anfield, eclipsing the Arsenal Invincibles with Bruno Fernandes yet to taste defeat on the road in a league game. This was a tie in which we certainly rode our luck and scarcely deserved the win, but - as the old adage goes - it is backs to the wall wins like this one which can prove so vital come May.

In a seismic week in which United announced the return of our prodigal son Cristiano Ronaldo, there was a Portuguese-themed party atmosphere at Molineux with the travelling Reds serenading CR7 throughout, running through his own personal song book with a cardboard cutout of the man himself.

There were full debuts for Varane and Jadon Sancho, in place of Victor Lindelof and the injured Scott McTominay with Paul Pogba dropping into the pivot and Dan James recalled in lieu of Anthony Martial on the left.

In keeping with the nine previous meetings between the sides since the Old Gold's return to the top flight, it was an enthrallingly tight contest as Solskjaer took charge of his 100th game in the league as United manager.

United had the first opening as Sancho ran at the hosts defence, but the ball was recycled and Wolves countered at breakneck speed. The dangerous Adama Traore - one of the best wingers in the league - demonstrated his jet powered ability as he burst clear to leave Fred for dead and picked out Raul Jimenez, but the talismanic striker could only fire straight at David de Gea.

The Reds were a side under siege as Wolves went close again soon afterwards. Midfield mainstay Joao Moutinho played the ball through to Francisco Trincao, Fred looked to have kept it out but instead lost possession to the on loan Barcelona player. Clean through and with only De Gea to beat, Trincao fired beyond the advancing keeper only for Aaron Wan - Bissaka to stretch every sinew and rescue United with a brilliant last-ditch clearance on the line.

Moutinho flashed a shot over the bar and Jimenez went close again before United weathered Wolves early onslaught and went close themselves at the other end through Greenwood, whom was narrowly off target after a darting run into the box.

Varane was having a busier bow than he perhaps would have expected, but nothing phases this colossal Frenchman and his importance was only emphasised with an excellent headed clearance from a Moutinho free-kick. 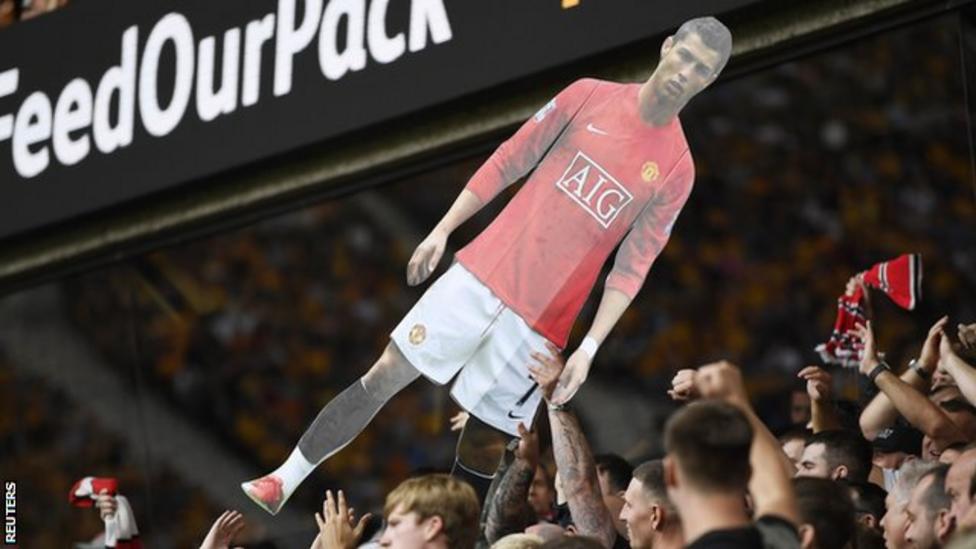 Bruno Fernandes had a goal chalked out for offside shortly before half-time, Wolves keeper Jose Sa did well after Luke Shaw had whipped in a cross and Greenwood came within inches of putting United ahead against the run of play.

Two of United's generational talents were at the heart of it as Sancho found Greenwood - a combination we will see a lot more of - and the latter burst into the box to fire his angled low drive narrowly wide of the far post.

United were much improved and finally awoke from their soporific slumber after the interval. Sa saved well from Fred (it wouldn't be a United match without an effort by him from distance), and Fernandes might have linked up with the newly-arrived Cavani had they not got their wires crossed in the box.

Lage's men remained a threat going forward and Traore saw another chance go begging as he fluffed a shot wide when well placed after the eye-catching Trincao had cut the ball back.

This was the very definition of "riding your luck" as De Gea came to our rescue again on 66 minutes with a sensational double save. The Spaniard kept out a Roman Saiss header from a corner, but the ball dropped to the same player on the rebound for a second, ever better, stop from De Gea as a fine reflex save deflected the ball to safety. Quite how Lage's Wolves had not scored no one knew, and it became somewhat inevitable United would punish them.

Sa denied Pogba and Fernandes pulled an effort wide, but the breakthrough finally arrived in the 80th minute with that man Greenwood again at the heart of it.
Wolves were left incensed after a coming together between Pogba and Ruben Neves, with the Wolves man going to ground about 50 years after challenging the Frenchman for the ball. Varane collected the loose ball and moved it out wide right to Greenwood, he shimmied, threw in a stepover and fired on goal. The angle was tight and Sa should have done better but did we care? Did we f**k. Greenwood's third goal of the season ultimately proved enough despite five added minutes to make United record breakers ahead of the imminent arrival of a chap called Cristiano..