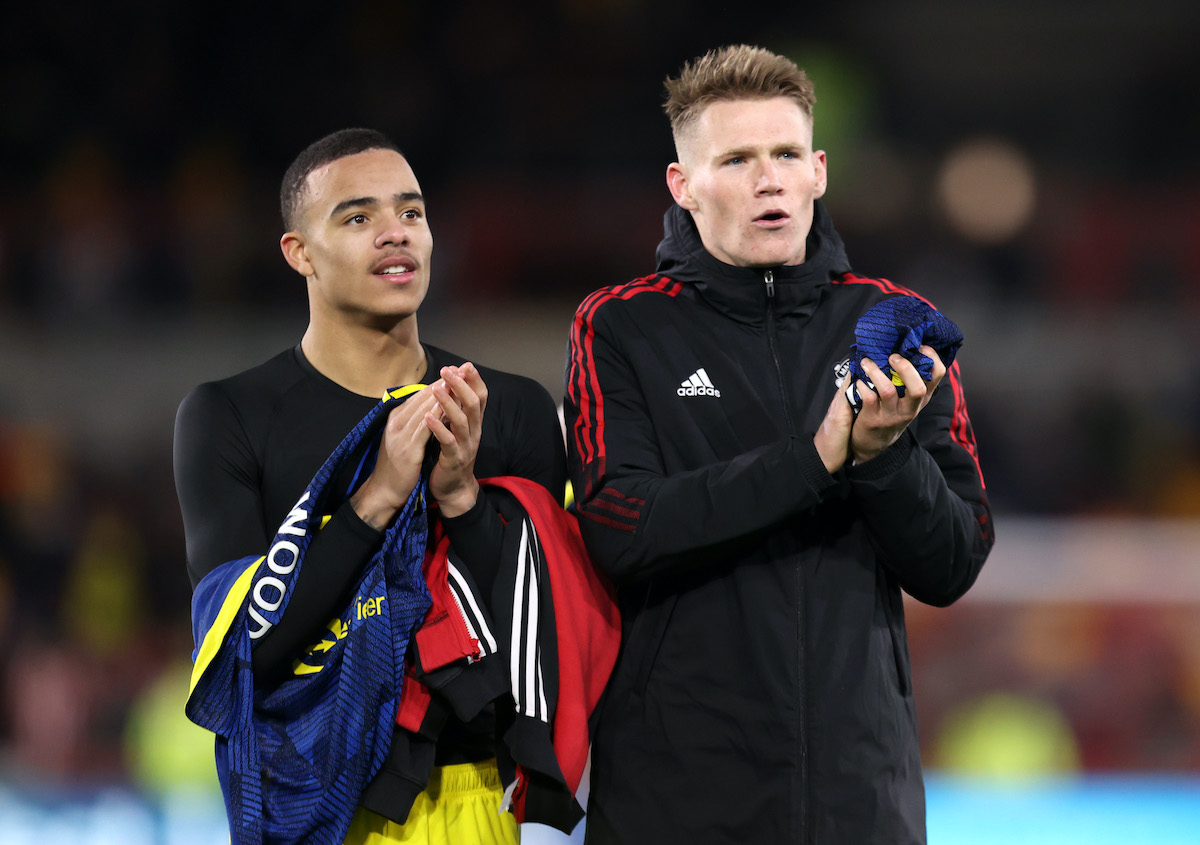 Ralf Rangnick's Reds turned on the style - and the power - in our best performance under the interim boss despite a first half scare in the capital.
On our first visit to Brentford for 75 years, United were indebted to David de Gea but eventually prevailed through three Academy graduates to move to within two points of Saturday's opponents West Ham with a game in hand.

Here is how each Red rated at the Brentford Community Stadium.

Made three superb - if relatively routine - saves in the first half in a compelling battle with the Bees Mathias Jensen. United could have gone under - the fact they didn't was largely down to De Gea. Had nothing to do after half-time.

A magnificent performance from one of Rangnick's most trusted lieutenants. Excellent both in defence and attack, he won everything down his flank and when called upon to repel Brentford's aerial bombardment. Quick, strong, composed and stylish, Dalot was simply immense here. On this evidence, Aaron Wan - Bissaka's never getting his place back. My MotM.

This always looked a tough test for him under the high ball and against Brentford's talented and talismanic striker Ivan Toney. Lindelof looked ill at ease in the face of what, at times, represented an onslaught but got better in the second half.

Solid and dependable, Varane kept his head where others may have wilted. Good with and without the ball, it's the simple things he does so well. A purring Rolls Royce of a player. Class.

Did nothing wrong but nothing special either. Muted as an attacking force and with him on corners is it any wonder we haven't scored from one for about 5,000 years?

Struggled at times under the Brentford intensity and press, but McTominay grew into the game on his return to the side and was involved in the second goal when he won the ball high up the pitch. Industrial and energetic as usual, United's midfield always looks better with him in it. Let's hope his injury is nothing major

Quiet and regressed from a creditable showing at Villa but picked the lock well for Anthony Elanga. Like so many, improved hugely in the second half.

Drifted in and out of the game but stuck at it and was rewarded with his first league goal since mid October when he capped off a superb team move.

Tried too hard and loses possession a lot as a result but got on the ball more in the second half to pull the strings and followed up his brace at Villa with two assists here. Ended the game up top and there are signs he's returning to form.

Touted as United's next big thing and it's been great to see him rewarded with a run in the side. All three goals were scored by Academy graduates and the young Swede got the ball rolling with a nice finish - only his second ever senior goal. Rangnick seems to like him and he kept going despite some rough house treatment at times. Hit the bar and his magnificent chest play teed up Fernandes for the second. Got crowded out and found it tough going, his night overshadowed with a temper tantrum having been hooked.

Came on into a back three to help shore things up and - unlike Saturday - enable his side to see the game through.

Looked bright and lively and popped up with a lovely goal, his first since October. He needed that