As United confirm the signing of scholar DJ Buffonge, we profile the former Arsenal and Fulham youth prospect as he embarks on life at Old Trafford.

Nurtured through his early footballing years at Arsenal's academy, it was at Fulham where Buffonge began to make a name for himself.

Having moved to Motspur Park (where Fulham's academy are based) in 2010, Fulham's run to the FA Youth Cup final in 2013/14 presented Buffonge, then part of the club's Under 16 set-up, with the chance to break into the U18s squad for league fixtures.

It was an opportunity he took with both hands under youth team boss Steve Wigley, making five appearances that season before he then cemented a place in the side in 2014/15.

Fulham's youngsters were denied a repeat of the previous season's FA Cup run, exiting in the third round at the hands of Crewe, but Buffonge was not to be denied, going on to make 18 appearances for the U18s despite still being classified as a U16 player.

Buffonge ended his five-year stint with Fulham to join United on trial at the start of the 2015/16.

Desperate to leave a lasting impression while part of Paul McGuinness' U18s side, Buffonge made a great start to life at the Aon Training Complex, claiming an assist in a 1-1 draw with West Brom on his Reds debut.

His progress from that point on was unfortunately cut short, with an injury sustained in United's third game of the season (a 3-2 win over Derby) forcing him out for several months.

Despite this, the coaching staff at our Academy were confident they had seen enough to make his trial permanent and Buffonge signed scholar papers on November 13.

So, what can Buffonge offer?

He's described as a "creative, pacy player whom is very comfortable is possession", with his "vision and flawless technique" giving him the ability to control a game assuredly from midfield.

It remains to be seen whether Buffonge will rise through the ranks to the United first team, but with Louis van Gaal's youth policy seeing the likes of Jesse Lingard, James Wilson, Andreas Pereira and Cameron Borthwick-Jackson rise to prominence, he is certainly a club that will strive to get the best out of him. 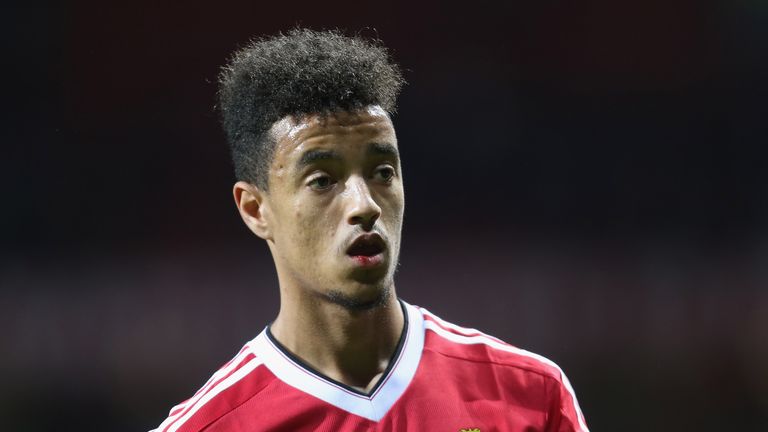 Posted by United Faithful at 07:19