19-year-old striker James Wilson will head south for the remainder of the season, joining Chris Hughton's high-flying Brighton and Hove Albion in the Championship on loan.

United manager Louis van Gaal has come under fire on social media for offloading another striker, but the boss has said he was thinking about the long-term future.

The young striker has made only two substitute appearances this season, against Boro' and Arsenal, and as a result van Gaal has decided to allow him first team football elsewhere.

"Until now he did not contribute so much, he has played a few minutes but was not always in the selection of 18 players and players of his age and talent need to play.
"I can imagine that fans are saying that this is ridiculous because they have difficulties to score, but that is a short-term thought as you have to do what is best for the player.
"At the moment he does not have may possibilities to play on a higher level, we believe in him so he can develop himself elsewhere- if we need him, we can call him back."

Jesse Lingard had a loan spell at Brighton a few seasons back and has come on strong in our senior side, so we'll have to wait whether Wilson will follow suit.

Many fans probably would have wanted Wilson to play a part on Wednesday with Marouane Fellaini continuing to divide opinion.

Made a scapegoat during the Moyes season, there's no denying that Fellaini was massive (in more than ways) for us last season, with some superb displays and vital goals as he was revitalised under Louis van Gaal.

He has not had nearly the same impact this time around, though, and has mainly been used as a substitute, having made only three starts (both League Cup games and the Liverpool match in Wayne Rooney's absence).

Fellaini has been neither a desperate failure nor a roaring success at Old Trafford, with his best performances last season coming from midfield rather than centre-forward where he has been largely deployed this season.

It's impossible to ignore his contribution of last term, but he is still not regarded as a player befitting of United's ethos.
When at his best, he flourished in LVG's free-flowing 4-3-3 system but despite those he remains a divisive figure among fans and pundits alike. 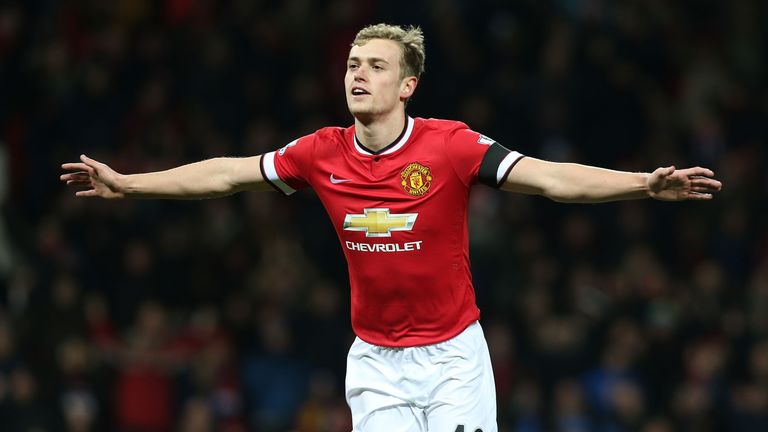 Posted by United Faithful at 07:29