Marcus Rashford... the whole of England is with you 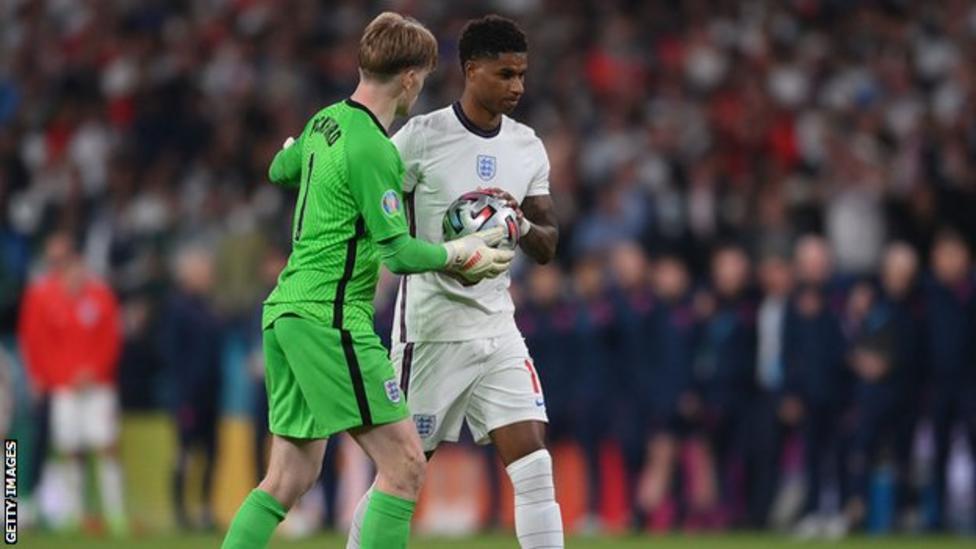 The disgraceful scenes which followed England's penalty shootout defeat to Italy in the final of the Euros were as disgusting as they were predictable.
Despite taking the knee for over a year, you knew what would happen as soon as Bukayo Saka's penalty was clawed away by the giant frame of Gianluigi Donnarumma to give the Azzuri a second continental title and deny England at the last.

Even before Saka's errant spot-kick, there was a sad sense of inevitability once Red-in-waiting Jadon Sancho and very much Red Marcus Rashford failed to convert from 12 yards. Your first thought was "Oh no" - not because it was  England but because of the identity of the players. Three young black men had erred when it mattered most - and suddenly the notion that Black Lives Matter was conspicuous by its absence. It said it all when you knew - in 2021 for goodness sake - England's failure would pave the way for their black footballers to be scapegoated and vilified. Rashford's memorial in Withington - a tribute to this finest of young men - was vandalised with disgusting, abhorrent racist abuse. On Instagram, Sancho and Saka were besieged with monkey emojis and language not fit for either these pages or, indeed, anywhere at all.

To these abusers: you are not fans, you are scum. The lowest of the low. To call you people at all is being too polite. It's the minority, the likes of you, that give the rest of us a bad name as football fans and human beings. Get in the bin, get out the country and never come back. We don't want you here. You don't deserve us. Rashford doesn't deserve you. How dare you. What goes through the minds of these sick, twisted, vile, pathetic excuses of a human being to even think of actions like these, let alone carry them through. We can only hope Rashford has a loving arm thrown around him and the country, as a collective, reaches out and pulls him into the warmest of metaphorical embraces. He deserves nothing less. It's been fantastic to see the warmth of feeling the nation has for this man with his newly repaired mural - defaced in the aftermath of Sunday's defeat - showered with cards, messages and an outpouring of love. We are all with you Marcus. The response to the events of Sunday evening have only gone to further illustrate how much of an impact Rashford has had on the nation's conscience over the past year or so.

In Rashford, a young, working class black man from impoverished Wynthenshawe in the leafy suburbs of Manchester's metropolis  - the country had found a people's champion during the worst health crisis of this and any other generation. With the UK plunged into the first of three national lockdowns, Rashford took on the government under his own steam in the face of defiance to provide food for our nation's children, setting up his own foundation, doing charity work, helping out at a foodbank with his mum, becoming the face of FairShare and earning an MBE. England took Rashford to their hearts as a rare example of a successful, high earning, high profile celebrity using his exalted status to make a difference to others. Throw in the fact he learnt sign language to judge a poetry competition for deaf children, and his new found expertise as a children's author, and you have a young man with a heart of gold, a role model, an inspiration and a thousand times better a person than any of us mere mortals can ever even hope of becoming. Yet this is the thanks he gets for putting those less fortunate first. He's got nothing to apologise for, but yet the fact he feels he even needs to says it all when it comes to the systemic treatment of coloured people in 21st century Britain. Love will always conquer hate. 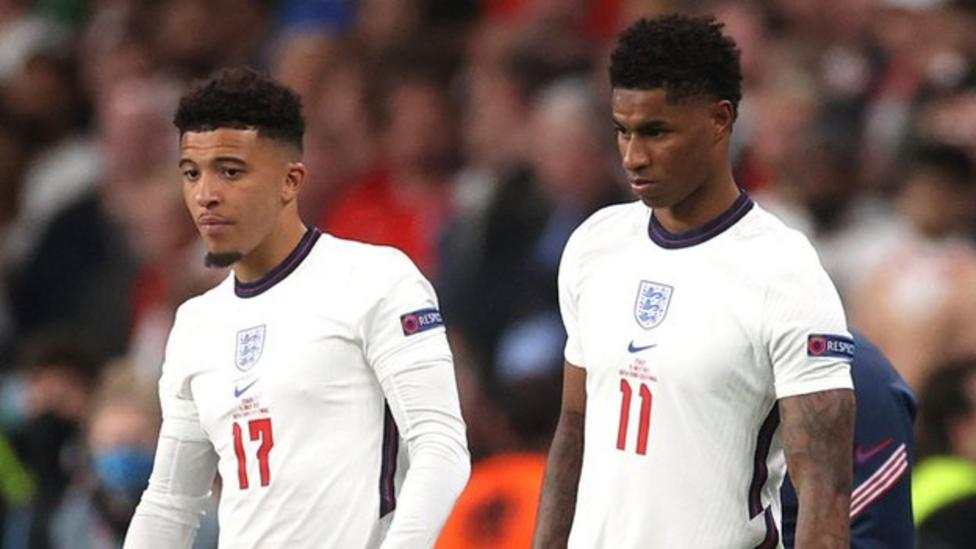 This young man - a lad in his early 20s no less - possesses more courage than I could ever even dream of. He had the guts to step up and take that penalty when others didn't. There's absolutely nothing for him to feel sorry about - he's done more than most to keep our country going, keep our spirits up, and should be proud of himself. I'm certainly proud of him and one missed penalty won't ever change that. I'm proud and privileged a player and a person like Rashford plays for our club - my club. He's taken plenty of pressure penalties before and succeeded - who can forget that famous night in Paris when he completed Mission Impossible with nerves of steel. It's sport. It happens. It's no secret that Rashford has struggled through this season, playing through injury to put his body on the line for Ole Gunnar Solskjaer and United. But yet he still refused to be cowed in the Euros final, and showed courage, guts and bravery when his country needed him most.

He was merely a bit part player in the Euros, only coming on in the dying seconds of the final specifically to take a penalty. Rashford hadn't got a feel for the ball and his ill-fated spot kick was only his second touch but yet he still put his hand up to take that penalty with everything at stake, despite being far from his best and struggling with fitness and confidence. He should be commended, not criticised. If anything, Gareth Southgate - for all his excellent work with the national team - could be apportioned blame for overlooking Rashford (and Sancho to an extent) for weeks but then bringing them on as first choice penalty takers with two minutes to go having barely had a touch. Sorry, but that's setting you up to fail.

Take time off, Rashy, get your injury sorted and come back stronger. The whole of England is with you.