Winds of change: A look at Manchester United's summer signings

For too long, a contributory factor to Manchester's United decline in form and fortunes has been the club's inept record when it comes to recruitment.
There can be no doubt the club have spent money and liberal amounts of it - primarily under successive managers Louis van Gaal, Jose Mourinho and Ole Gunnar Solskjaer. Yet there has been only one outstanding signing worth his weight in gold with the arrival of Bruno Fernandes in the winter window of 2020. A few have had a short-term impact (think of Zlatan Ibrahimovic) whilst others such as Daley Blind, Juan Mata and Paul Pogba were never utilised correctly. 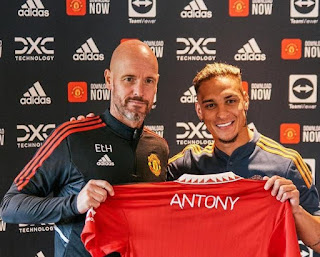 In short, the club have spent their own money but have spent it badly. But all that changed this summer. With the arrival of incoming Dutch boss Erik ten Hag, so there was a shift in philosophy and strategy. For the first time in many a year, United's recruitment and transfer policy has been absolutely perfect.
ten Hag has signed players not just of supreme quality but has assembled a dressing squad of strong characters with a strong mentality.
All five of our new players have been very impressive and have brought an exciting and eye-catching combination of youth and experience to Old Trafford. This was the year United finally acted like a proper club and got things right.
First came Tyrell Malacia, a player unknown to many outside of his native Netherlands, but a young full-back ten Hag had clearly been keen on for some time. After impressing for Feyenoord, he came to United for £14m to provide youthful zest and competition for Luke Shaw following the departure of the not good enough Alex Telles. Malacia was United's only bright spot in the abject 4-0 defeat at Brentford, and then shone on his maiden start in the Reds shock 2-1 win over a faltering Liverpool. Malacia pocketed Mo Salah and caught the eye with a simply supreme performance of pace, energy and athleticism in which he was a man of the match contender. Malacia has belied his tender years and looks like he's been playing at this level, and this standard, all his life.
The arrival of Malacia may have felt a little underwhelming given United's need to strength elsewhere, but when Christian Eriksen was unveiled ten days later, it certainly set pulses racing. Having been released by Brentford, it seemed a no brainer to bring in a player of Eriksen's undoubted class and guile for absolutely nothing at all and so it proved. United thinking rationally and using their common sense? Whoever would have thought.
After years of watching the anodyne antics of McFred plodding around in a non existent midfield, Eriksen provided an instant upgrade and brought a sprinkling of stardust to an area of the team in desperate need of reinforcements. And the best thing of all? He was free.
United had gone into the season needing a new full-back, a new centre-back, another right footed winger, two midfielders and a forward. ten Hag again turned to his native homeland - and his former club - to beef up his options. Lisandro Martinez was the third new addition through the door, from Ajax for £40m and, despite reservations about his height, has been a colossus since day one. Like Malacia, he announced his Old Trafford arrival in fine style with a man of the match performance against Liverpool in which he silenced his critics and instantly endeared himself to the United faithful.
Affectionately nicknamed Licha, Martinez is the closest player to Nemanja Vidic since the man himself, the Butcher of Amsterdam is strong in the tackle, quick, elite on the ball and clearly loves the club already. It's easy to see why ten Hag wanted the newly crowned World Cup winner so much. He has been magnificent and is the early favourite for United's Sir Matt Busby Player of the Year award. I absolutely love the man and I'm so glad we've got him. Where are those doubters now? He has dispelled them in his own indomitable style. With Martinez and Raphael Varane at the heart of the defence, United can legitimately claim to boast the finest pair of centre-backs in the land. 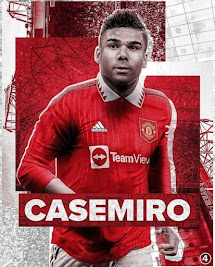 But the player the new Reds boss wanted above all others is the one he never got. From the day his appointment was announced, United were involved in a tug-of-war with Barcelona for the services of Frenkie de Jong. Every year there's a protracted transfer 'saga' which seems to drag on for eternity and the squabble for de Jong proved no exception. But even that turned out alright on the night. Enter, Casemiro. He may have been second choice in terms of targets, but he is certainly very much at the top of his game in terms of his undoubted quality. ten Hag will be so pleased he ended up with a five-time Champions League winner instead, despite the Brazilian's advancing years.
What a player this man is and what a difference he has made. Adding steel and stability to a midfield in a terrified state of flux, Casemiro's elite mix of both brain and brawn are exactly what we have needed for years. It's a shame we didn't get him a few years ago, but United's midfield is now a place where United move the ball around rather than simply moving it on.

Casemiro was drafted in as an emergency, makeshift centre-back for the Carabao Cup visit of Burnley but you'd never know it. He was just as much of a baller back there as he is when deployed in midfield. A five-time Champions League winner, you still have to pinch yourself United have a player this good in our ranks. As per, Casemiro was dubbed ' too old' from a press pack desperate to criticise, conveniently forgetting he's younger than Thiago Silva, Kevin de Bruyne and Virgil van Dijk.
Because of the difference he has made and the impact he's had, I would say Casemiro is the best of all of our summer additions.
With Jadon Sancho and Marcus Rashford sharing left-wing duties, and the latter incompatible on the right, there was an obvious need for another right-sided player. The usual names were bandied about but ten Hag had a clear vision in mind and again went back to raid former club Ajax in search for the missing piece of his jigsaw.
An Olympic gold medallist and twice Eredivisie winner with the Amsterdam giants, Antony seemed exactly in keeping with the attacking, dynamic mindset ten Hag had set out for United. Tricky and direct, Antony made an immediate impact at Old Trafford with a goal on his United bow in the ding-dong tete a tete with erstwhile unbeaten leaders Arsenal. He netted again in his second game and then curled in a wordlie in United's loss at derby rivals City - three goals in his first three United games for the man from Sao Paulo, our second Selecao, who arrived for an eye-popping £81m.
Although the glut of goals have dried up a little since then, Antony has continued to excite us with his flair, box of tricks and unpredictability - an edge-of-your-seat showman, a tricky and mercurial winger.
United have backed ten Hag with the money and the signings he wanted and so far, both he and the new additions have been vindicated. This time, maybe just maybe, we have found the winning formula. The winds of change are beginning to bluster through Old Trafford.
Posted by United Faithful at 07:22
Labels: features, opinions