The curious case of Henrikh Mkhitaryan 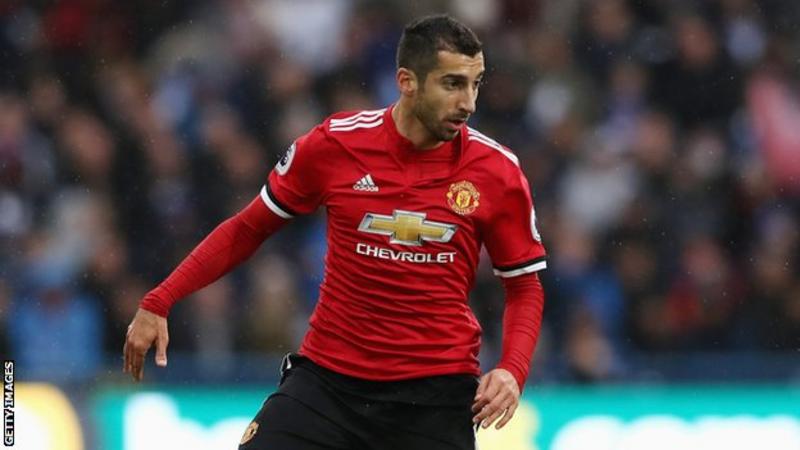 Henrikh Mkhitaryan was hooked after an hour of United's 1-0 defeat at Stamford Bridge on 5 November following a performance in which the Armenian was anonymous. It marked a dramatic dip in form for the the player as he fell into a trough after a start to the season when he was at the peaks of his powers. Since Chelsea, he's made only one appearance for the team, when he came on as a sub against Brighton.

He's not featured in a matchday squad since then and has been strongly linked with a move away from the club in the upcoming window amid talk of a training ground rift with Jose. Mikki became the boss's third United signing last summer when he joined from Borussia Dortmund for a £30m fee. He initially struggled to adapt to life in England and was frozen out following an inauspicious derby debut. When he signed for us from Dortmund, it was widely acknowledged that we were getting a superb player with outstanding technique, movement, skill and vision. He belatedly showed those qualities during a brilliant run of form early in the New Year when he finally made an impression on his manager. He claimed six assists in the first three games of this campaign to highlight his undoubted quality but his form and influence gradually fell away and Jose seems to have lost faith in the player again.

He hasn't been playing well enough to justify selection, but perhaps our system doesn't suit Mikki's skill-set, turn of speed and technique. A good example of this came back when we played Spurs at home in October, when creator-in-chief instead effectively turned makeshift destroyer, as he chased, harried and grappled to cut off Spurs supply line to Christian Eriksen and Dele Alli. It's not what he did last season and wasn't the job he was asked to do during that sublime purple patch both during the previous campaign and earlier this. Zlatan Ibrahimovic's return to action may also have played a role in his demotion.

It's a strange turn of events that, 14 months on, things have come full circle and Mikki finds himself in exile again with his United career at a crossroad. It's even more baffling given that he bounced back from that tricky start in style to play a starring role in our Europa League win and proved to be such an influential player in our flying start to this season. He was our top scorer in the competition that we went on to win last season with six goals, and made a unique slice of club history by being the first man to score in five different European away games in a single season, including the 2-0 victory over Ajax in the final. When we look at the impact he had on that Europa League triumph, we can't really label him a United flop in the same way that Memphis and Radamel Falcao were. But he hasn't been the roaring success story that we hoped for either.

Whether Messrs Mourinho and Mkihtaryan's footballing attitudes are entirely compatible, though, is another matter.
Posted by United Faithful at 16:04