Scott McTominay is Man Utd's one lone beacon of hope 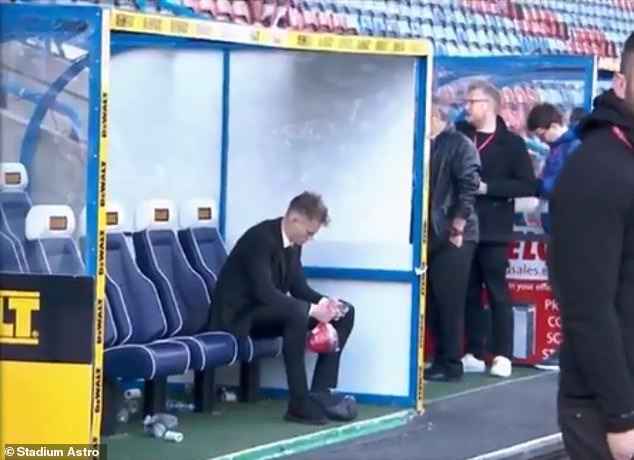 Amid the wreckage of Manchester United's 2018-19 season, there is one survivor. One man who has shone like a beacon as United's only glimmer of hope during nine desperate months in which the storm clouds have enveloped Old Trafford in darkness.
Scott McTominay - like United - began the season in an ignominous manner. Guilty through no fault of his own with the trials and tribulations of the Jose Mourinho era, the jury was very much out on the latest member of the club's homegrown alumni to step off the conveyor belt of talent. I'll be the first to admit I had my doubts too. Tall and rangy but seemingly not much else, McTominay was both a blessing and a curse for Mourinho. 6ft 3 and strong in the tackle, he was the perfect exponent of Mourinho's raison d'etre, and the fact he's an Academy graduate allowed the pragmatic Portuguese to tick that box, too. Yet he was also hung out to dry by the man who rated him so highly he created an award for McTominay. Twice deployed in a back five during that defeat at West Ham and the draw at Southampton, it hardly did much to change opinion.

Scott came to symbolise everything that was wrong with the nadir of Mourinho's tenure.
When Jose departed Old Trafford in December, it seemed as though McTominay would follow too, somewhere into the lower echelons of the second tier.
Five months on, and the player known affectionately as McSauce has seen his stock risen so highly that he's being worshipped as our saviour. McTominay looks indispensable and it's him - not Paul Pogba - that we should be building our team around. The image shows him sitting dejectedly on the bench after the draw at Huddersfield. It's obvious how much this season has hurt him... if only the rest of this shitshow cared as much as he does. I'd rather have 11 McTominay's than 11 Pogba's - he might not be the most brilliantly skillfull player but he compensates for that by putting a shift in and giving 100% for the badge. He'd die for this club, and his unrelenting work rate makes him stand out like Andres Iniesta in a lazy team of statuesque bottle jobs.

It has been a coming of age season for the Lancaster-born Scot. United faced PSG and Barcelona in two Champions League knockout ties, and surrounded by a galaxy of stars, McTominay was inspired. His first senior goal at Wolves was quickly followed by his second one yesterday. In a startling season for Manchester United, another startling stat has emerged: McTominay now has more goals in the last eight games than Romelu Lukaku, Marcus Rashford, Jesse Lingard, Alexis Sanchez, Juan Mata and Anthony Martial have managed between them. Yet some continue to blame Ole for a mess not of his own making. Ashley Young couldn't lead a pack of ants to a picnic but McTominay has shown maturity and leadership beyond his tender years.

He is one of only four players - with Luke Shaw, Victor Lindelof and Marcus Rashford the others - to have shown he truly deserves to be here next year.

Posted by United Faithful at 07:01