Give OGS time.. it can take years to rebuild a club 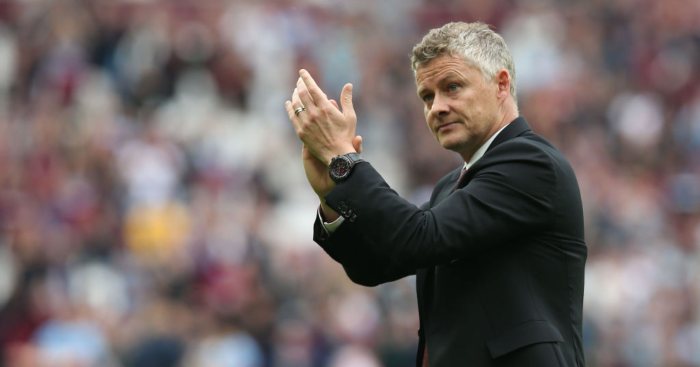 We live in a world where we want - no, demand - instant gratification in everything we do. Human nature suggests we don't cope well with uncertainty - basically we want everything, and we want it yesterday. Whether that be in our day-to-day lives, job, diet, exercising, spending money, travelling - we want to see that our behaviour and life choices have an instant result.
It is the same with supporting a football team. Especially in 2019. We all want our teams to be successful and if we don't see the fruits of that labour straight away, change will be called for. Time, the most precious commodity of all, does not seem to exist in the cut-throat, high pressure world of professional football. It's all about now, now, now. The internet, the social media monster and the invention of football simulator games such as Football Manager and FIFA ensure that fans live in a fantasy world that simply will never resemble reality. The outcome of a season can be determined by the click of a button and the flick of a wrist. It give fans - both young and old - a skewed and distorted impression of the real world. Football, and life itself, doesn't work like that.

Which brings us neatly to Ole Gunnar Solskjaer. The fact that some are already calling for his head after SIX games of a new season is, to be honest, ridiculous. Most other everyday jobs have a probation period and the employer then decides whether to keep you on or let you go. Solskjaer is in the first few weeks of his probation period. Nowhere near long enough to pass a verdict (I'm not counting last season as it was a write off before Ole had come in anyway).
When you're building a house, you don't expect the chosen builder to construct the foundations then get someone else to finish the job because its not being done quickly enough. The man that started the project should be allowed to see it through.

Solskjaer is here for the long term - and like it or not, that could take years. He certainly should not be judged on a cake that's half baked. In fact, he should not be judged this season at all. To get in his own players, implement an entirely new playing style, retune the squad's ideology to one of his own making, change the mentality and to press the reset button could take years. It can't and won't happen overnight. He's got credit in the bank, and has only just had one transfer window in which his signings were good but left United short of two midfielders and at least one striker. What's he supposed to do when you have to play Jesse Lingard up front? The shifting of Chris Smalling, Romelu Lukaku and Alexis Sanchez et al is a good start, but this squad still has more deadwood than at the original trials for Viagra. You can't jettison eight players in one summer.

There's no quick fix, no instant gratification, no rage quitting. There will always be a degree of expectation on any United manager, but this should be as much of a 'free hit' for Ole as he's ever going to get. Frank Lampard at Chelsea and even Arsenal's Unai Emery are in a similar situation. I won't judge Solskjaer until next season at least, such is the size of the task at hand.

Things are bleak, in fact they can't be much bleaker, but there's always someone worse off than you and patience is key. It is simply churlish to compare Solskjaer to Messrs Jurgen Klopp and Pep Guardiola, but it took both of those men hard graft and hours of work on the training ground to get their sides to where they are now. Klopp was 8th in both of his first two seasons,  Guardiola 4th only by virtue of goal difference.
It would be churlish to compare Ole to both of those two behemoths - they're world's apart in every way so its an unfair comparison to make - but it shows what can happen if you stick by your man.

Does Solskjaer have what it takes to succeed as a top level manager? Maybe. Maybe not.  The jury is still out and will remain so. But my point is this - he has to be given an opportunity to show that, either way. He is young, a rookie and has inherited a mess. Surely he deserves the chance to coach his way out of this.