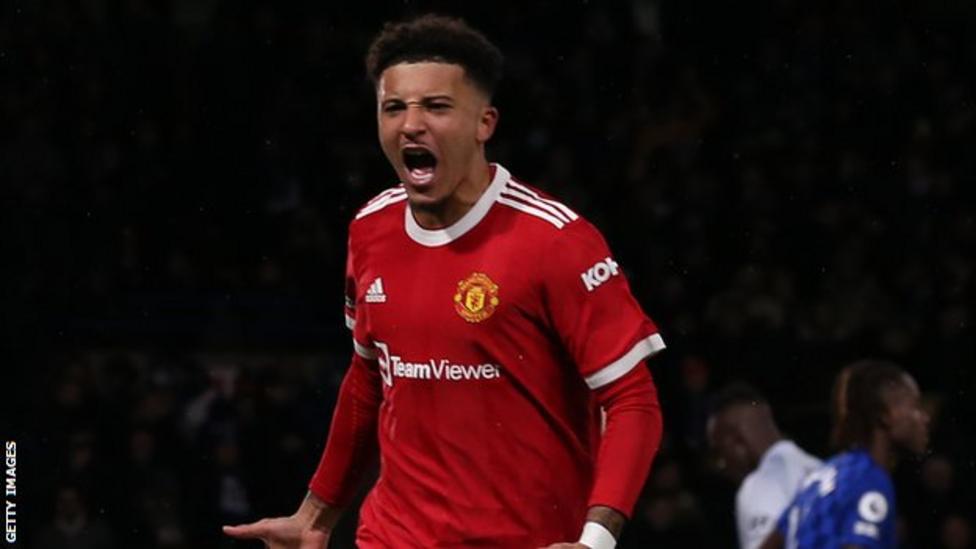 Jorginho turned from villain to hero but United's resilience and discipline shone through in a creditable Stamford Bridge draw.
Jadon Sancho capitalised on the Italian's error to put a depleted Reds side in front, but the Chelsea spot-kick expert then scored from the spot to earn a point for Thomas Tuchel's league leaders after Aaron Wan - Bissaka needlessly fouled Thiago Silva.
With Michael Carrick in charge of his first league game ahead of the imminent arrival of Ralf Rangnick, United's caretaker boss showed he was not afraid to make big decisions with Cristiano Ronaldo surprisingly left out of the XI. There were four changes from the midweek win in Spain with Eric Bailly, Nemanja Matic, Bruno Fernandes and Marcus Rashford restored to the side in lieu of the suspended Harry Maguire, with Donny van de Beek and Anthony Martial also dropped to the bench along with the Portuguese superstar.
With United in a state of flux, no manager and an understrength side, it was expected to be a long and difficult afternoon in west London. Stamford Bridge has been a far from happy hunting ground and this only seemed to be reinforced with a strong start from the high-flying Blues.
Hakim Ziyech fired straight at David de Gea, and Callum Hudson - Odoi then also had a shot well saved by the Spaniard after Marcos Alonso had picked him out.
Bruno Fernandes - operating in an alien position as a 'false 9' in Carrick's 4-3-3 - pulled a shot well wide of the target when he should have played in Rashford. Alonso failed to turn home a Reece James cross on the stretch but the best chance of the match fell to Tuchel's dominant side on the half hour.
Antonio Rudiger collected the ball in his own half and ran on goal to let fly with a 25-yarder. The ball looked destined for the top corner but struck the crossbar with the slightest of touches from the sprawling De Gea.
Chelsea went close again on the stroke of half-time when James curling cross-shot needed a strong hand from De Gea to tip it away to safety.
United's game plan of containment and counter attack had worked a treat and threatened a seismic shock five minutes after the restart. A Fernandes clearance from deep should have been simple for Jorginho, but he miscontrolled the ball into the path of the onrushing Sancho. Sancho seized on the error and raced through on goal supported by the run of Rashford. He opted to go it alone and calmly rolled the ball under the advancing Edouard Mendy for his second goal in as many games and first in the league.
The much maligned Timo Werner fluffed his lines from close range and Ruben Loftus - Cheek nodded wide in a rapid response from the wounded leaders. After a flurry of set-pieces, Chelsea were handed a penalty as captain Silva went down under a needless lunging challenge from Wan - Bissaka in the 69th minute. 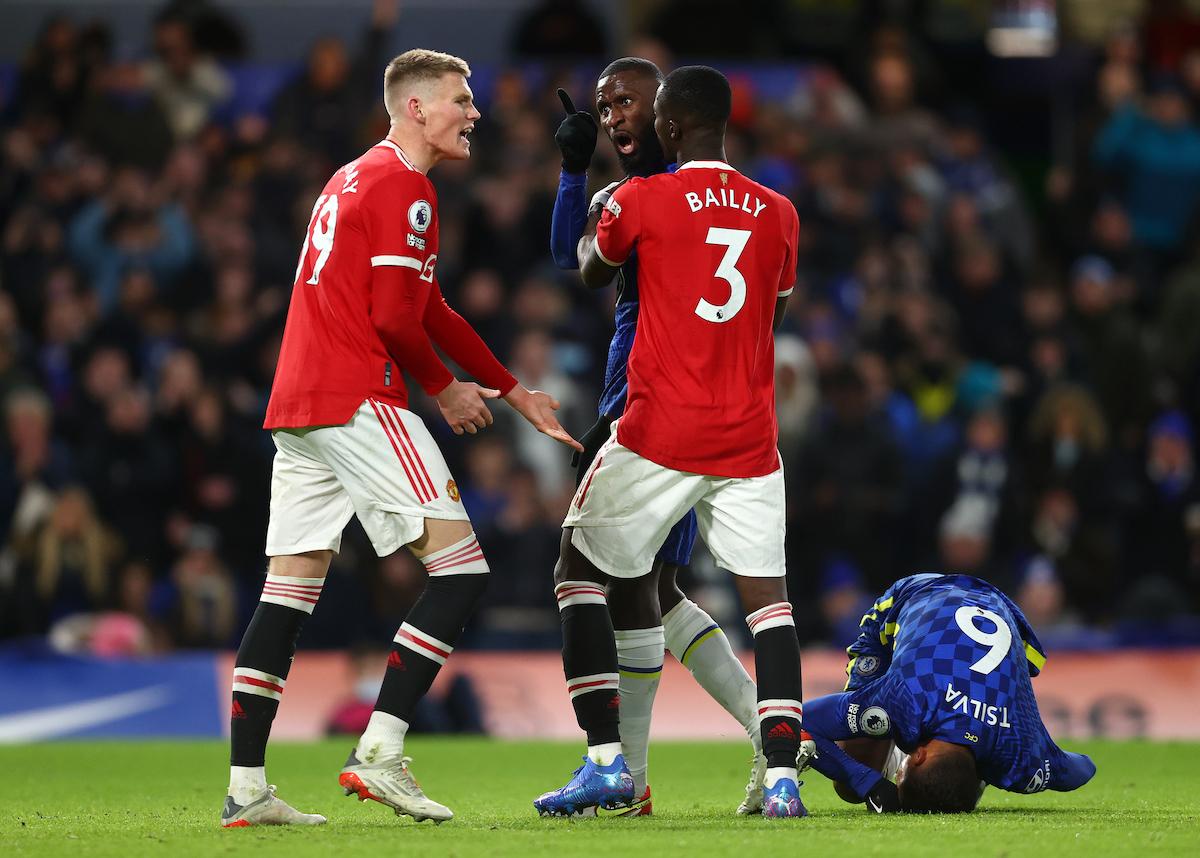 Jorginho rarely errs when presented with a chance from the spot and made no mistake here as he drilled the ball beyond De Gea - after his trademark Fernandes-esque skipping run up - to set up a frantic finale.
Wan - Bissaka partially redeemed himself with a good block to deny Werner, with the misfiring German replaced by returning ex-Red Romelu Lukaku shortly afterwards in pursuit of the winner.
Ronaldo had been introduced in place of the United scorer but failed to have an impact as the visitors battened down the hatches in the face of late Chelsea pressure - if not quite a siege. Christian Pulisic fired wide on the turn and Rudiger missed a glorious opening with the goal gaping late on, but United survived in relative comfort.
Fred could have nicked it at the other end when Mendy inadvertently found him with a miskicked clearance, but the Brazilian could only send his tame lob straight in the arms of Chelsea's relieved Senegalese keeper.
In truth, United's depleted ranks will be happier with the point than their title-chasing rivals with Carrick to hand over the reigns to Rangnick with two promising results in the bag. United at least showed nerve, fight and discipline to leave the incoming German with a modicum of spirit and confidence restored.
Overall team performance: 7/10
United Faithful Man of the Match: David de Gea
Posted by United Faithful at 16:28
Labels: match reports