United and Bayern Munich have confirmed that an agreement has been reached over Bastian Schweinsteiger.
Pending a medical and personal terms, Germany's captain and midfield lynchpin will play his football at Old Trafford next season.

Born in Kolbermoor, West Germany, Schweinsteiger has played for Bayern his entire career, but with United in urgent need of a midfield enforcer, LVG, who has managed him before, has decided he is the man to fill the playmaker void.

First emerging as a left winger, he can play anywhere across the middle but has excelled as a deep lying, box-to-box midfield playmaker.
A leader and world class player who can make his mark on any team, Schweinsteiger is the captain of the world champions following Phillip Lahm's retirement, and his leadership qualities will be a huge asset to the Reds: having lost the experience of Rio, Vida and Patrice Evra, the Bayern great is used to driving his team on the biggest stage.

Last time he faced United, he scored Bayern's equaliser in the first leg of the quarter-final at Old Trafford, but later saw red as his team eventually prevailed in the two-legged tie.

Van Gaal wanted reliable cover for the 34-year-old Michael Carrick, and, in Schweinsteiger, there are not many better.
The 30-year-old is one of the most decorated players in world football (he'll fit right in then), having won EIGHT Bundesliga titles, seven German Cups, a Champions League, a Club World Cup as well as the World Cup with Germany in Brazil last summer.

He made his Germany debut in 2004 and, to date, he has won 111 caps for the national side, making 342 appearances for Bayern Munich over a 13 year career at the Bundesliga giants.

A superb reader of the game with a brilliant technical brain, there is no denying that Schweinsteiger is nothing but world class and, despite only playing 25 games for Bayern at 30 years of age last season, he remains one of the most sought-after players in the game (did I mention that his girl is smoking hot, too....) 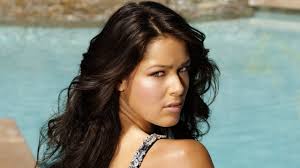 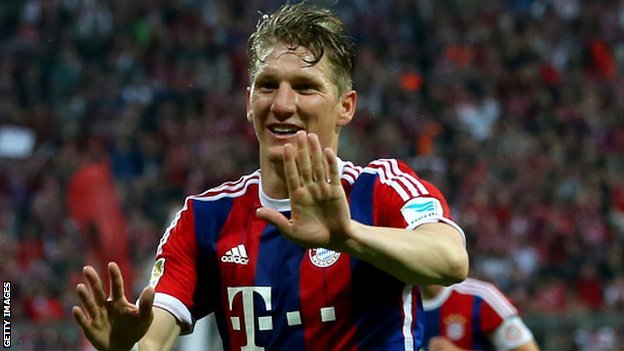